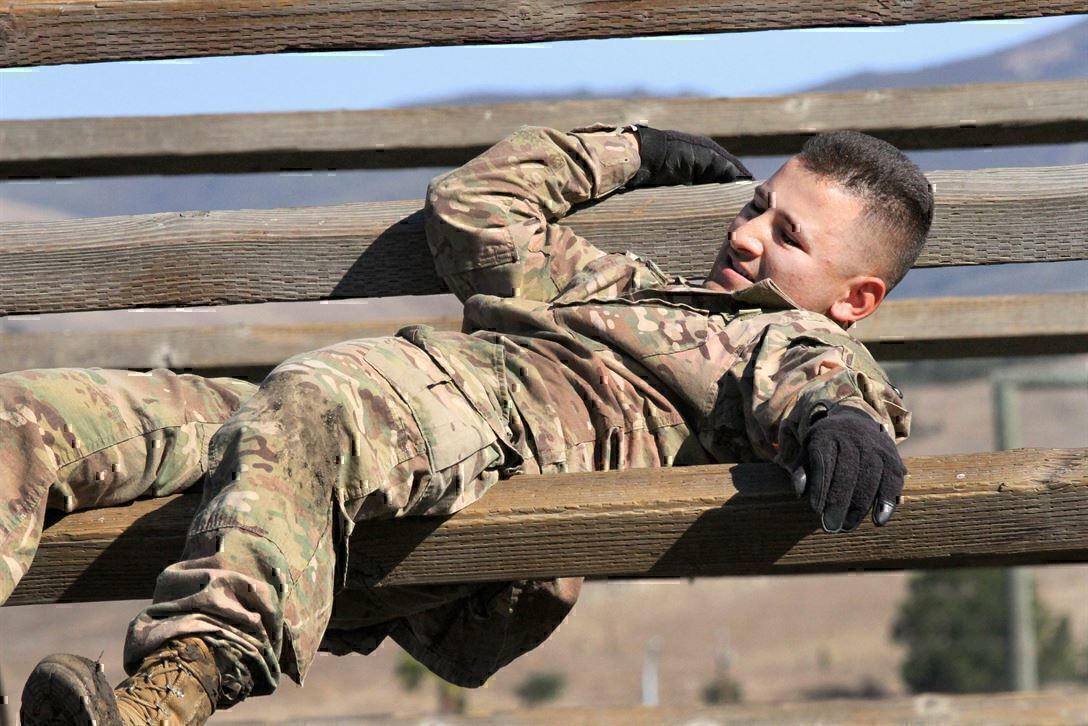 You signed up for the military, and now you’re on that bus headed toward training to be the best Marine, airman, sailor, coastie, or soldier you can be — you think you’ve got things all figured out.

With all the things traveling through your brain like high school graduation and finding a way to leave the nest, it’s likely you failed to think about these important aspects of your new military life.

Related: 7 things you should know before joining the infantry

So check out seven things you didn’t think about before you went off to boot camp:

7. Getting a haircut — do show up in regs; don’t go crazy

We mention this tip for a couple of reasons, and we’re not suggesting you show up with a buzz cut. You lower the chances of getting picked on by the drill sergeant if your haircut doesn’t stand out from the rest of the recruits.

Secondly, your scalp will thank you after the PX barber only spends mere seconds shaving your head with dull clippers.

This airman trainee should have read this article before going to boot camp.

6. Showing up in better shape

All military branches partake in some sort of physical activity — some more than others. That said, you’re going to have to pass a timed run and other requirements (or wind up getting held back from graduation) — not to mention a sh*t-ton of push-ups and runs in formation.

Military PT can be pretty freakin’ tough so train hard while you can.

Boot camp is specially designed to add massive amounts of structure to your life. This means you’re going to eat, sleep, and work every day at the same time. If you adapt your sleeping habits before hitting your open squad bay, those first early morning wake-ups might not be so freaking bad after all.

4. What you could have studied prior to arrival

You’re going to learn a crapload of new material during your multi-week stay in boot camp. Consider memorizing those general orders or different military terminology if you’re looking to make your recruit life that much easier.

3. You’re not as funny as you think you are

After you hit boot camp, you’re going to be living with people from different parts of the country that may not understand your humor. If you ever make a “humorous” remark to one of your drill instructors, prepare to do some push-ups.

How many you ask? All of them.

Every recuirt loves their DI.

2. Researching the other branches before deciding on one

Many teens make the mistake of joining the first branch that comes to mind, but it’s too late to switch after you ship off. So do your research before signing on the dotted line if you have a shred of doubt.

You messed up and joined the Army. (Image via Giphy)

Also Read: 6 reasons why you need a sense of humor in the infantry

1. What clothes you show up in

Chances are you’re going to be in your civilian clothes for the first few days of boot camp. You’re going to sweat and get a little dirty during that time.

So note to self, wear something that’s comfy and helps you blend in with the rest of the recruits.

Maybe a little. (Images via Giphy)