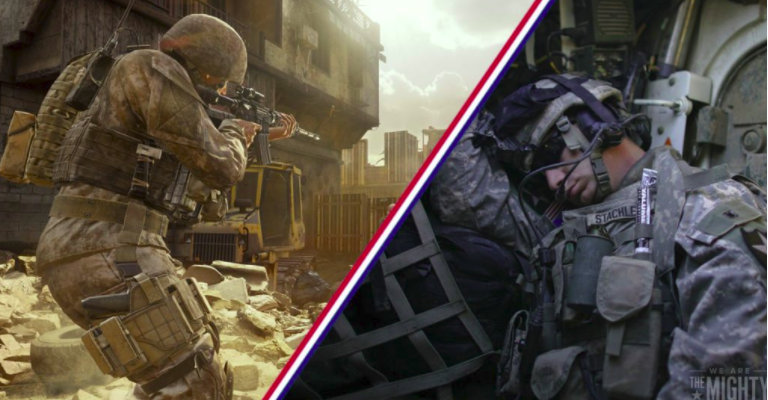 Young civilians often tend to equate life in the military with what they see in video games. By their very nature, video games are supposed to be fun and engaging. You often find yourself in the boots of an impossibly badass character, doing over the top things.

By contrast, life in the military usually involves sitting around, waiting to hear what the next training exercise will be. It’s definitely not the video-game-like experience some might expect.

We can’t blame you for using your imagination, though. In fact, these are some things about video games that would make real military service so much better.

6. The tutorial would be much shorter

At the beginning of nearly every game, you’re first taught how to play the game. Use the sticks to move around, press ‘X’ to jump, press ‘R2’ to shoot, and so on. In the real world, you spend 9 weeks in basic/boot camp, additional time learning your specific MOS, and then god-knows-how-much time before you actually deploy.

5. Traveling would just be a load screen

Every troop while they “hurry up and wait.” (Image via GIPHY)

4. Having a choice in gear would be nice

The most common talking point between someone who plays military video games and someone who actually knows the military is weapon selection. You’ll hear the, “Oh, did you get to use the (insert weapon issued by another country’s SpecOps)?”

Almost always, you’re assigned a weapon by your squad leader. One person is the grenadier, another the machine gunner. Everyone else is a rifleman. Rarely will you even interact with someone who has a sniper rifle, let alone use one.

If you’re wondering who gets the machine gun, it’s always the smallest person — because it’s funny. (Image via GIPHY)

3. Combat would be easy if the enemy was flagged for PvP

In massively multiplayer games, like World of Warcraft, you get to have fun duking it out with others in player-versus-player combat. For the most part, you’re always going to know who, exactly, is your enemy. Iraq and Afghanistan, on the other hand…

Also, looting stuff from the enemy is also generally frowned upon. (Image via GIPHY)

Who needs an entire expertise that takes years of training when you can just step on top of a first aid kit or hide behind a rock until your screen stops glowing red?

You could get shot thirty times and get right back up to chainsaw someone in half a few seconds later.

Much simpler than changing your socks and taking a Motrin. (Image via GIPHY)