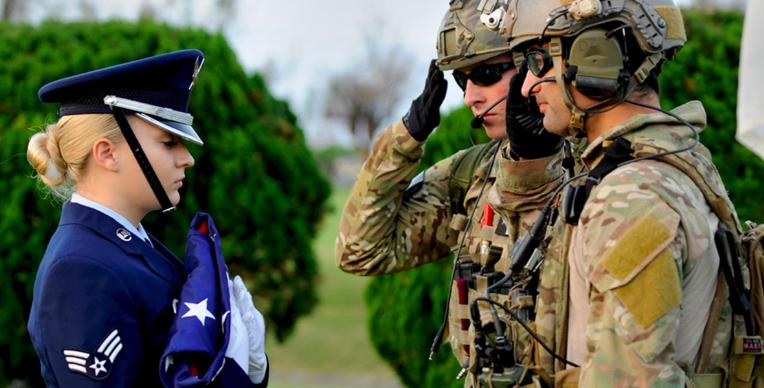 When I joined the military, I didn’t have a lot of time for things like “background research” or “making an informed decision about doing something that might affect the rest of my life.” I didn’t even look into which branch I should join. I just walked up to the line at the recruiters’ offices. Like a drunk stumbling through the streets late at night on the hunt for food, I went with whatever was open at the moment I got there.

The list of things I didn’t know is a mile long. Life in the military was like a big black hole of awareness to me. Like most civilians (maybe), I assumed that what I saw in television and movies was more than a little exaggerated. So, what it was really like to live that military life was as foreign to me as the Great Wall of China.

6. Sailors wear crackerjacks all the time.

I’m pretty sure the Navy wanted everyone to think that sailors wore white crackerjacks 24/7 as a marketing gimmick. By 2001, when I was at Fort Meade, I didn’t know who the hell those people in the dungarees were.

You’ll never get with 1980s Cher in that outfit, guys.

5. We were all Soldiers.

Yeah, I didn’t know any better and I still don’t blame civilians for not knowing that only Army troops are called “Soldiers.” I learned I would never be called “Soldier” when I got to Air Force basic training.

And the learning curve for calling these guys “Soldiers” is harsh.

4. Enlisting is the only way to join.

There’s a difference between officers and enlisted people. That’s a no-brainer to me now, but back then, I seriously thought signing up at recruiter was the only way in. I knew the military paid for college, but I thought enlisting was the only avenue toward getting that benefit.

Pictured: 20+ second lieutenants who all made more money than me on my best day. And have zero student-loan debt.

If an airman’s additional duties count as “adventure,” then sign me up for the next squadron burger burn!

2. Everyone wearing camo could end up in the infantry.

I didn’t know that every new recruit goes to technical training. Regardless of the branch you join, you’re more than just a generic troop. Even if you’re in the actual infantry, you still have a military specialty. It’s more likely that you’ll end up in a technical field than in the dirt.

I’ve said it before and I’ll say it again, if you’re on a base full of airmen and it’s being overrun and there aren’t any airmen with berets on, you’re in deep shit.

1. All airmen fly planes. That’s what we do.

The closest I ever got to the controls of any plane was taking video of the cockpit. Despite being in the Air Force and the new title of “Airman” I just earned, I would never, ever be taught to fly a plane.

And for good reason.