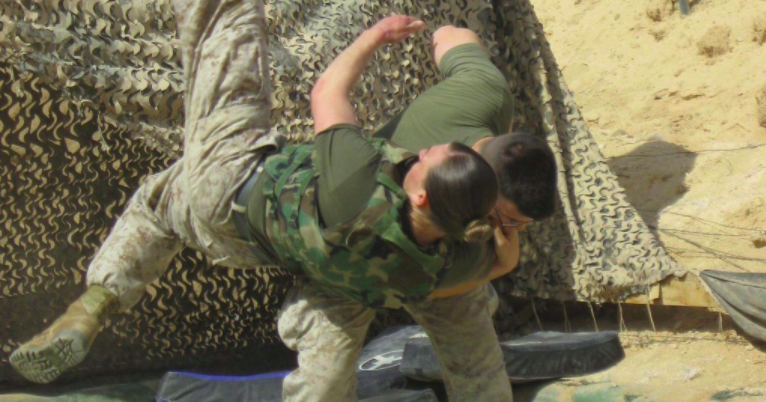 Transitioning from the military can be tough for a lot of reasons. There’s the trip to buy a civilian wardrobe, the lost camaraderie, and the sudden absence of awesome problem-solving tools.

Few things are as frustrating as spending hours with an HR rep talking out something you could’ve solved in uniform in minutes with one of these 6 techniques:

1. Take it to the woodline (or the boiler room, or wherever)

When service members simply can’t find common ground, they dip into a secluded space and duke it out. Win, lose, or draw, the fighters don’t come back until they’ve made peace with each other. But this isn’t exactly an accepted way to settle the temperature setting of the office thermostat.

Padding the timeline allows commanders and planners to know that everyone will be in position on time for a mission … because the troops had to arrive three hours early to inspect gear, practice movements, and just sit around wondering why they’re awake so early. Civilians really don’t go for arriving at 6 a.m. to make a 9 a.m. meeting. Try this at the office and someone is getting a call from the union.

Need to get a row of 12 massive connexes unpacked in a single day? Then first sergeant needs four people from each platoon.  Since the military owns all of the time of its members and those members are trained above all else to work together, the military can just throw men at a problem until it’s solved. But imagine a bunch of accountants being sent from their spreadsheets and calculators to put up tents.

When units need something too quickly for the supply office to take care of it, there’s an ancient military tradition of “acquisition” that will get what you need as long as no one asks questions. The civilian world has too many bean counters and snitches for this to work though. If a copier mysteriously appears in one department, someone will check the serial number to learn where it came from.

Of all the techniques here, this is the one that many civilians most need to learn. Troops know that they don’t go to sleep until the mission is done, their weapon is clean, and someone is on watch. If you’re tired or in pain, suck it up and drive on. It’s also known as, “Ruck up.” Tell your co-workers to ruck-up and your supervisor may be asking why he’s on tap to pay massive amounts of overtime.

There’s not a lot of problems that 155mm artillery rounds or a nice BRRRRRT from an A-10 can’t solve. In the civilian world, solving problems head on instead of working the system often results in nothing but more problems.