6 Awesome Childhood Toys That Made You Want to Enlist 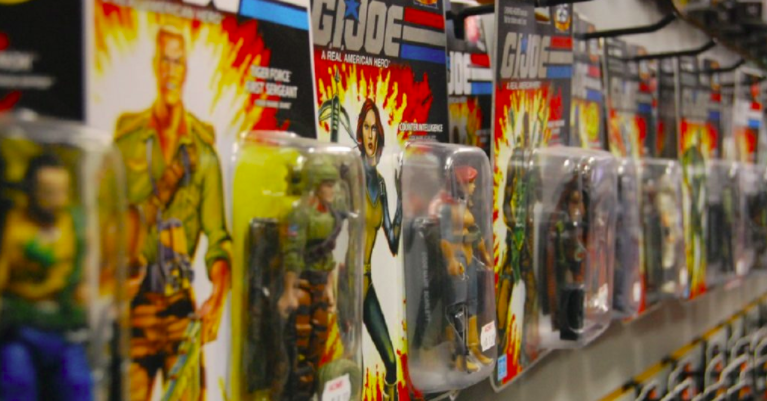 When you ask someone why they enlisted, they’ll usually say for financial gain, family reasons, or out of patriotism. Others will say, “it’s just something I wanted to do ever since I was a kid.”

Related: 7 banned children’s toys that will train kids for war

The original 1963 action figures consisted of Rocky the Marine, Skip the Sailor, Ace the Pilot, and Duke the Soldier. Throughout the years, they’ve added all sorts of wacky characters into the lineup, including astronauts, ninjas, laser soldiers, spies, pilots, and drivers for nearly every vehicle. In 1984, they finally added a Coast Guard character.

For the kid that would eventually want to become a commander, there was the bucket of little green soldiers. Almost always off-brand and sold by the bucket-full, kids who play with these plastic troops learn vital troop movement skills, like always checking for mines/IEDs, always taking a commo guy with you, and how useless you are with a bayonet if you charge holding it so far above your head that you can’t stand straight.

Kids go crazy being able to talk to each other without having to be within earshot of one another. There’s just something about getting familiar with using real military lingo, like ‘over’ and ‘out.’

If you were the kid that said, “it’s not over and out. It’s one or the other because they contradict each other…”

…You probably went into the Signal Corps. (Image via GIPHY)

Okay, so Nerf guns didn’t instill the best firearm safety habits, but they were undeniably fun for shooting your little sister. Even as adults, it’s still fun to grab a Nerf gun and attack your co-workers, roommates, spouses, children, pets, etc…

…But they do teach kids the “joys” of cleaning up your brass at the range. (Image via GIPHY)

To all of the airmen and sailors that have heard people say the tired, “no one ever played Air Force or Navy as a kid” — don’t worry, they did. They just pretended to be pilots or quartermasters.

1. Shovels in the sandbox

Every other toy on this is just for fun. They’re all good ways to pretend like you’re something else. That kid digging holes in his sandbox and assembling his “sand piles” into neat structures, however, is actually spot-on with military duties. Digging those holes will prepare you for hastily establishing fighting positions and filing the god-knows-how-many sandbags you’ll fill in one enlistment.

READ NEXT: THIS IS WHY SOME SAILORS WEAR GOLD STRIPES, AND SOME WEAR RED