The 5 Worst Details You Were Put On While Deployed 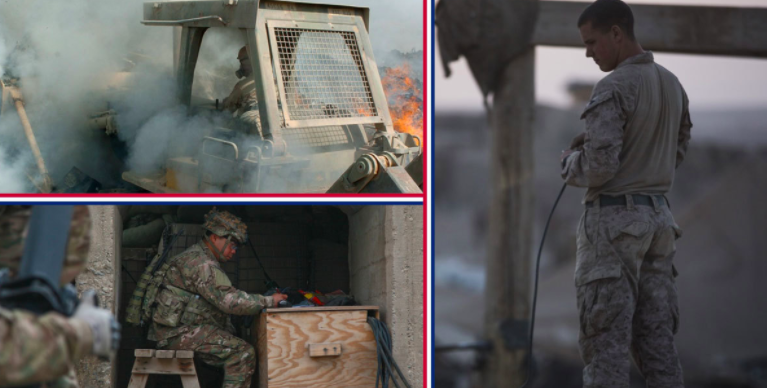 What the folks back home think troops do while deployed is just a fraction of what actually happens downrange. In many ways, the average Joe is doing the same busy work that they’d be doing back stateside — this time, with the added “benefit” of doing it in full battle rattle with a weapon slung across their back.

Sometimes, Private Snuffy deserves to be put on the detail, but most times, he probably doesn’t. The fact of the matter is that things just need to get done. Having to sweep the motor pool back in the States may suck, but sweeping the motor pool while you’re deployed in the middle of the desert is futile. Details suck, but these tasks particularly suck when you’re deployed. 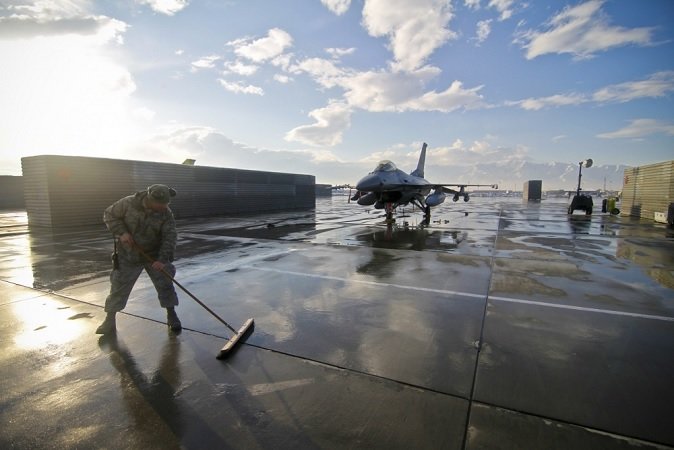 Even with the concertina wire, Hecso barriers, and giant-ass concrete walls, the military still seems to think that the only thing separating troops from certain death is having the Joes fill sandbags and use them to haphazardly barricade everything.

This isn’t to discredit the 30lbs of sand stuffed into an acrylic or burlap bag — they probably work. The problem is that they’re a pain in the friggin’ ass to fill, carry, and painstakingly stack. 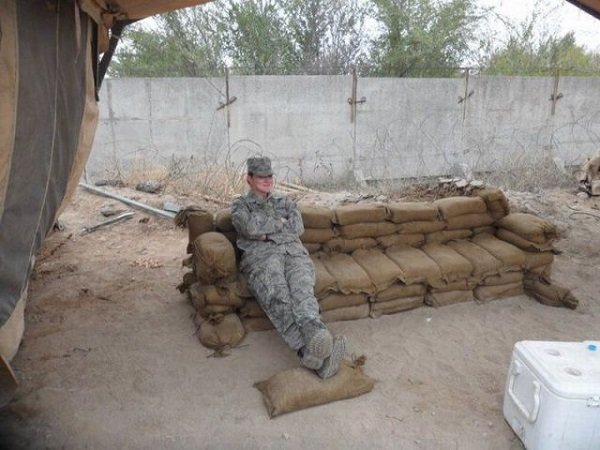 I mean, unless you’re this Airman… (Image via Reddit)

READ NEXT: WHY THE COOK SHOULD BE YOUR BEST FRIEND IN THE MILITARY

At first, it sounds like fun. This is what you signed up for and you’re going to do your part to save freedom, one field of fire at a time. Then, the heart-crushing reality sets in. You’re stuck in the same guard tower for 12 hours with someone who smells like they haven’t showered in 12 days. There you are, just watching sand. Occasionally, you get lucky and there’s a farmer out in the distance or a camel herder to break the monotony.

On the bright side, the cultural barrier between you and the ANA (Afghan National Army) guy you’re stuck with can lead to some hilarious conversations. 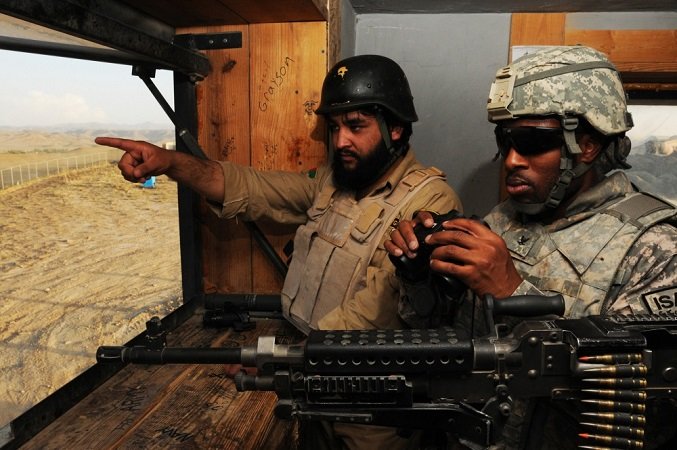 So tell me of who this “Wagner” written on the wall is, and why does he love that? (U.S. Navy photo by Master Sgt. Demetrius Lester

In a near tie with guard duty, being in the command center for 12 hours sucks just a little bit worse. In the guard tower, you have some sort of autonomy. In the TOC, you’re stuck with higher-ups breathing down your neck.

To add insult to injury if you’re a grunt, you’re listening to all of your buddies do the real sh*t while you’re stuck on the bench. You’re just listening to them do all the things you enlisted for while you’re biting your lip. If you’re a POG, I guess watching the same AFN commercial 96 times over sucks, too. 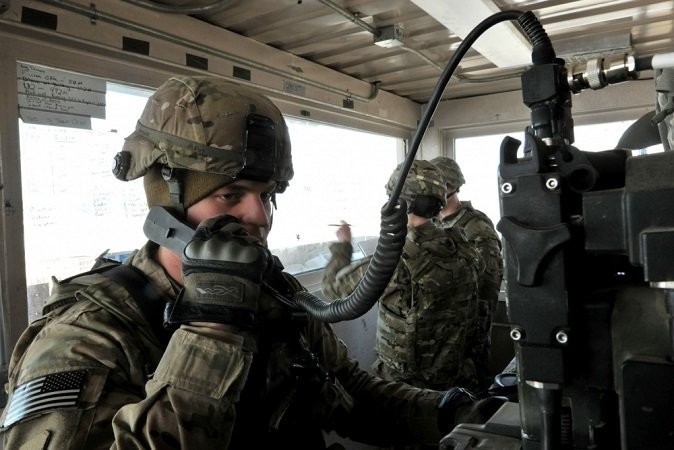 Replacing containers, prepping for redeployment back stateside, grabbing that one thing that your Lieutenant swore was in there — whatever the reason, anything to do with the pain-in-the-ass that is heavy lifting inside a Connex that’s been baking in 110 degree heat is just unbearable.

No matter what the lieutenant was looking for, it’s not there. It’s never going to stay clean. Everything inside is going to get shuffled around, regardless of how much effort you put into it. 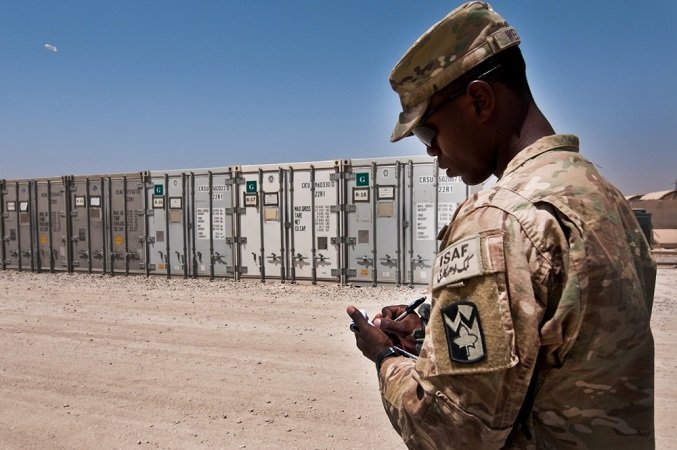 Whether you’re opting for the quick and easy solution to getting rid of classified intel, destroying old gear left behind, or burning human waste, nothing about burn pit duty is enjoyable.

Big military said that they’ve done away with burn pits and that everything is peachy keen now — too bad that’s not even close to true. Whether being exposed to the pits by KBR facilities or command directed, anything dealing with burn pits is a serious concern for your health. No matter how hard it gets denied in court, veterans are still dying from the “quick and easy way.”

If you believe you might have been affected by burn pits, register with the VA here. It’s a very serious health concern and the more veterans that stand up, the more seriously the issue will be taken. 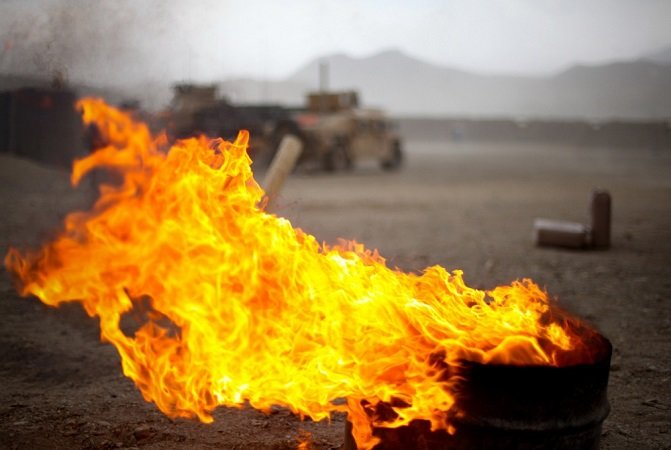 The CDC says five cigarettes is a health concern, but 12 months of breathing in literal burning sh*t is just fine. (Photo by Staff Sgt. Teddy Wade)