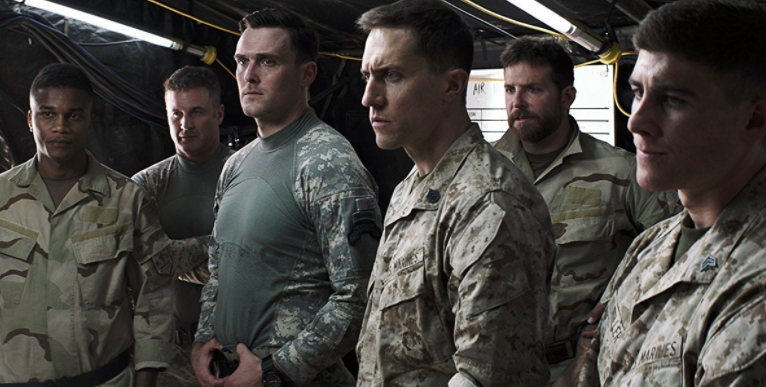 When a veteran or active duty service member watches a movie that depicts life in the military, they automatically begin to look for flaws. With a little attention to detail, they can spot even the most subtle of goofs.

But even on the surface, there are some mistakes that Hollywood makes that can get pretty annoying — especially when it wouldn’t take much to get it right.

This is something that’s so simple that it’s frustrating when we see it done wrong. What most people don’t understand is that, in the military, using the word ‘repeat’ over the radio tells your fire support assets to repeat their mission. So, saying it is an absolute no-no unless, well, you want your destroyed target to be even more destroyed.

Aside from that, the proper response to a message over the radio is ‘roger,’ not ‘copy.’ The reason you would say ‘copy’ is if the messenger gave you the information that needed to copy down, such as map coordinates, headcounts, etc. If someone says, ‘stand-by,’ your response should be, “roger, standing by.”

You should also avoid cussing over the radio. Just saying. (Photo from Paramount Pictures’ Rules of Engagement)

Since military tactics vary between countries and branches, this is somewhat excusable. But, for the most part, all countries understand the fundamentals: never enter a room or building alone, don’t stand in the open while being shot at, and don’t move without covering fire.

These things are so simple that it’s practically common sense. Going against these concepts is a really bad idea but, for some reason, filmmakers just don’t get it right.

The military is known for the respect and discipline that’s instilled in every service member — you’d think it’d be pretty easy to capture in a movie.

But what seems to be misunderstood is that a lower enlisted does not call a general by their rank in a conversation. In fact, no one calls an officer by their rank — not even other officers. They’re referred to as, ‘sir.’ Only when being discussed in the third person are they referred to by rank.

The only case you would refer to an officer by their rank is if you need to get their attention. For example, you would say, “Lieutenant Parker, sir.” When they talk to you, end every sentence with, ‘sir.’ 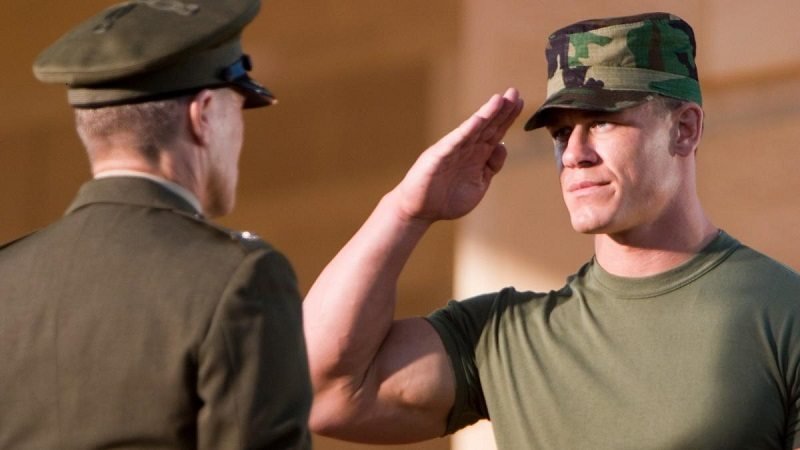 Make sure you salute them correctly when the time comes, too. (Photo from 20th Century Fox’s The Marine)

If you’ve been deployed to Afghanistan or Iraq, you know about this. When someone on screen claims they were “stationed in Afghanistan” for four years or however long, it’s essentially the same as that one guy in the bar who claims they were a Marine scout-sniper Space Shuttle door gunner SEAL — it’s bullsh*t.

You may spend 9 months to a year in Afghanistan, but that’s not a duty station, it’s a deployment. This is something you can learn in a conversation with literally anyone who has been there.

Also read: 4 interesting things a rifleman can get away with

This one should bother everyone. It’s pretty hard to believe someone on screen spent any amount of years in the service if they don’t know to keep their finger straight and off the trigger. Everyone learns this in boot camp — everyone.

This is even common sense in the hunting community or among anyone who has had even the most basic level of training on a firearm. That finger should NOT touch the trigger until you’re ready to unload some discontent toward a monster, alien, or person.