5 Ways Your Work Review is Different from A Military Review 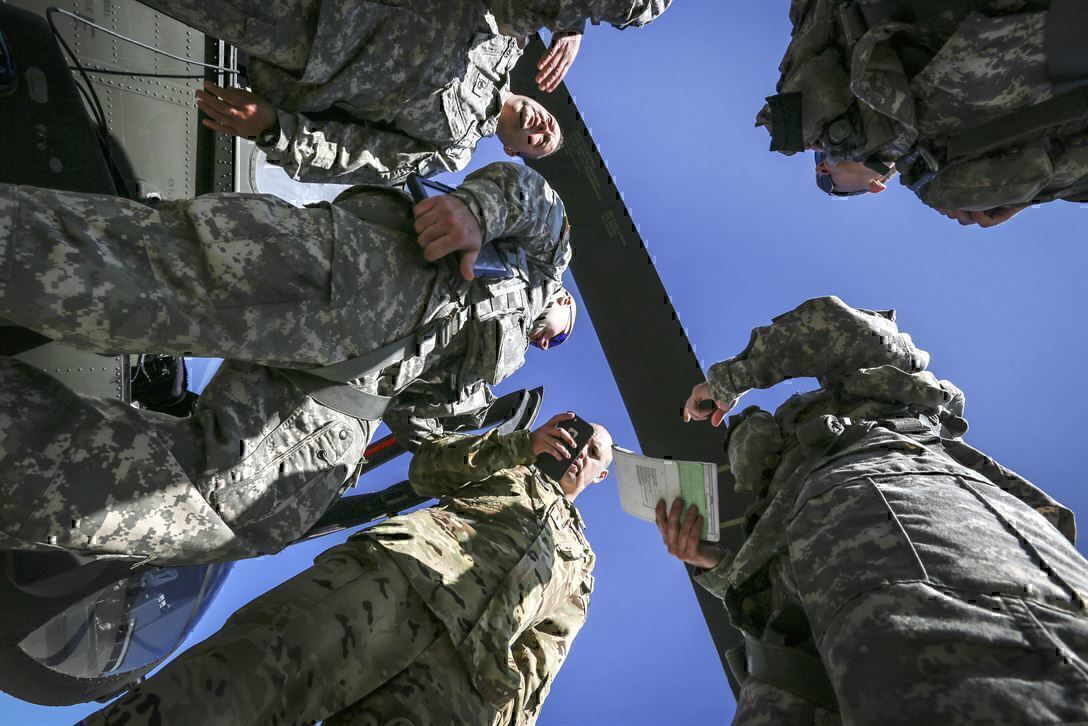 Your work review is not a military review. Civilian performance reviews are unencumbered by military protocol and structured submission requirements; it is largely up to your supervisor. But both reviews are equally competitive.

Performance review standards for military members vary depending on the branch of service and MOS of the service member.  A cook in the Navy serving aboard a ship will have an entirely different set of evaluation standards than a Marine of the same grade serving in an infantry battalion. Civilian evaluations will vary from company to company as well, but whether or not evaluation standards and submission protocol are adhered to is really up to the leadership within each company.

In both instances, competition for advancement is fierce.

Military evaluations will include height and weight standards and recorded performance on a physical fitness test. This is a serious “NO NO” in the civilian world and could be grounds for a discrimination lawsuit should this information ever be asked for or included in an evaluation. Any physical requirements for civilian jobs will most likely be included in the job posting and may or may not be tested for at the time of hire.

Physical standards for civilian jobs will only apply if they are required to perform the job in question. Obesity or any other physical limitations cannot legally have any bearing on a job as long as it can be completed within company guidelines. (If you want to stay physically fit regardless, read: 5 Ways to Fit in Fitness at Work).

In the military, junior enlisted personnel up to the grade of E-5 are evaluated on an entirely different system than officers and staff NCOs. The system varies depending on branch of service, but typically junior enlisted evaluations are geared toward basic skills, military standards and MOS proficiency. Most civilian companies evaluate all employees on the same basic evaluation regardless of time or position with the company.

Consideration for an employee’s time with the company can be given by the manager conducting the evaluation but it may not be required. Performance expectations on the part of newly hired employees can be just as high as those of veteran employees depending on the standards of the company.

In the military, being convicted of an offense (such as driving under the influence of alcohol) could be a career-ending infraction that would appear negatively on your evaluation. Junior enlisted personnel may be given a second chance depending on the advice of their reporting senior and their track record with the unit. An officer or senior enlisted member convicted of the same infraction would most likely not see their next pay grade. In the military, offenses like these are punishable under the UCMJ, or Uniform Code of Military Justice, and depending on the severity of the offense, members could land themselves in prison or be dishonorably discharged pending court-martial.

Under civilian law, individuals who commit such offenses can also be prosecuted. However, it may not affect their position with the company they work for as long as they can still perform the job they were hired to do. As a civilian manager, I have had employees who were convicted of DUI, and as long as they were still able to make it to work on time and keep performing their job within company guidelines, the issue never came up on an evaluation.

Military evaluations are always reviewed by more than one person to ensure an impartial review process and to validate the review. A reviewing officer may agree or disagree with an evaluation depending on his or her own direct observations of the member in question. This helps level the playing field for military members in terms of discrimination or favoritism on the part of the reporting senior.

Civilian managers are not required to follow such protocol. A company may, however, have guidelines in place for its evaluation process to help ensure impartiality. In most circumstances, evaluations submitted by managers are only reviewed in instances where an employee indicates that they were unfairly evaluated or if an employee was compensated beyond what the company felt was fair.

Military members are typically graded on a numeric scale which falls on the commanding officer to determine if the numbers are accurate. Military supervisors want to reward their employees who do a good job by giving them good evaluations. Consistent overinflation of marks can quickly lead to a system where it is impossible to determine someone’s true performance because everyone has been rated “outstanding.”

This is a problem that military leaders face on how to assign marks that don’t limit someone’s potential, but still remain true to the evaluation process. However, civilian leaders are not hampered by such dilemmas. Cream rises, and if you are seen to be indispensable by the company you work for, your salary and position will reflect it. It is also possible that some employees who definitely deserve a promotion can be pigeon-holed into a position and not promoted because of lazy managers who are unwilling to give them up. (Read: Promotions in the Civilian Workplace).

READ NEXT: How to Assess Your Job Performance in the Civilian World