How to Assess Your Job Performance in the Civilian World 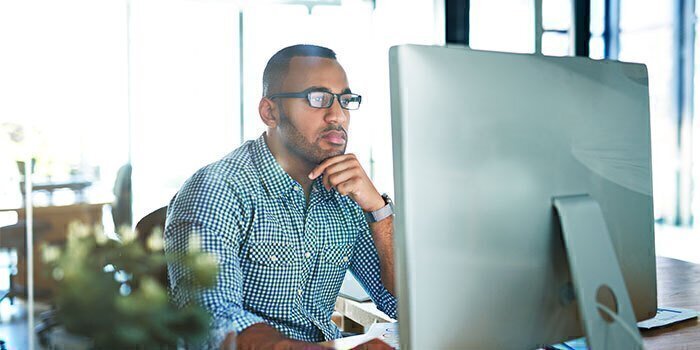 It’s always easy to tell if you’re doing a good job in your military assignment. If your boss is yelling at you, then you could probably improve, but if not, then your performance is all right. Even as you moved past the “basic training” phase, and the yelling decreased, it was still pretty easy to figure out how you were doing by passing yearly tests, achieving certain qualifications, and (at least) yearly performance reviews. Unfortunately, it’s not so clear in the civilian world–there’s less yelling, many companies don’t consistently give out performance reviews, and there may be no concrete career “path” for you to follow. So look for these 4 cues to tell if you’re succeeding or failing.

1. You meet your performance expectations. It’s reasonable to expect a list of expectations when you start a job, and in a perfect world you have that as a starting point. But be prepared to start a new job with no concrete expectations whatsoever. The fact is that whether you get a clear job description or not depends entirely on the company for which you work. However, you can certainly ask the question–and you should, because it will help you execute your job better (and it makes you look like an eager, motivated employee).

The right time to do this is when you first get oriented by your direct supervisor. Ask him or her, “what are your expectations of me?” Sometimes it’s simple, like “don’t let this assembly line stop.” Other times, you will have to use judgment–as in, when your job consists of certain tasks to accomplish within a set timeframe. Some jobs in technical services or retail may depend on customer response. The first step is always to figure out exactly what your direct supervisor expects of you.

If you think you’re meeting your job expectations, your peers are your best sanity check. Ask them–especially the more senior ones, with a little bit of experience–“how do you think I did today? Was I fast enough? Am I getting enough done? How did you think the customers responded?” You’ll get often (brutally) honest feedback that you’d never get from your civilian supervisor. And asking those questions, tough as they may be, will impress your peers with your motivation and dedication…if you act on their criticisms, of course. The larger benefit to meeting your peers’ standards in this regard (besides being better at your job) is that your supervisor will certainly notice that you’ve earned respect and think better of you for it.

2. You don’t get much attention from your boss. After the close community of the military, this can seem especially jarring–you may be used to seeing your direct supervisor all the time. This is not always the case in civilian companies, for a variety of reasons. The first is that civilian supervisors (like military ones) tend to have competing administrative responsibilities which keep them busy away from the actual workplace. Also, unlike military NCOs, they usually work shifts, which means they have to accomplish all their tasks within a short period. For this reason many civilian supervisors have an “I’m not a babysitter” attitude–and they only spend time on employees who are failing to meet performance expectations. So if your supervisor largely ignores you, you know (at least) that you’re not failing.

It’s becoming more common for companies to seek ways to provide positive reinforcement on performance, usually by giving small rewards to high-performing employees. But a great deal of the job world still operates on the principle of “just do your job, and nobody will have a problem.” If that’s the attitude you got in the military, then the civilian world will be familiar. But remember to be sensitive to your supervisor’s attitude toward your performance, because there’s usually no promotion that happens in the civilian world after a set time (like there is in the military). Being ignored by your boss may mean your performance meets his/her expectations, but you should ask periodically, “how am I doing?” Don’t be surprised if you don’t get much of an answer (“Uh…all right, I guess” is probably the most common), but if your supervisor has much of a positive or negative impression of your performance, you’ll hear it.

3. You find yourself working alone. Companies prize employees who accomplish a lot on their own. From a pure money standpoint, that means that they are getting more value for every dollar they pay you. It also means that other employees can create more value instead of overseeing you. And best of all, it means that your bosses up the chain can spend more time making the operation more efficient instead of spending time in supervision or discipline. So if you find yourself working on your own, even if it’s before you think you’re “ready” to do so, take it as a compliment on your performance.

There are some exceptions, of course. If you’re constantly given menial tasks to complete on your own, then it maybe your boss doesn’t trust you with bigger things. That’s a bad sign. However, even good employees are given crappy jobs to do from time to time (sometimes to test their commitment or as a form of “paying their dues”)–and having enthusiasm the least enjoyable tasks will help others see you as someone whose attitude can predicts good performance on more complicated (and more pleasant) jobs.

If you do find yourself working alone, make sure you record what you do. Sometimes this is simple (or done by computer), as with a time card you complete for an assembly-line position. Other times it’s more involved, like writing a ticket or report for that customer service call you made on your own. And for some jobs it’s a judgment call–the only reporting that’s required is a finished task or project, though it’s wise to give your boss progress updates on a weekly, if not daily, basis. A solid record of your work reminds your boss of your performance constantly, meaning that you won’t fade into a faceless sea of employees when it comes to performance reviews, promotions, or lay-offs.

4. Co-Workers are nice to you. In the workplace, performance equates to respect and respect equates to friendship. This is similar to the military, where the close friendships you developed within your unit had more to do with shared missions and mutual respect than common interests. So if your peers are nice to you–you know, by inviting you take breaks with them, or being helpful and friendly in the workplace–then you have a good indication they like having you on their team, which means you are doing a good job. This goes for your supervisor as well: if he/she is nice to you, then he/she is probably happy with your performance.

Friendliness is a good indicator of your performance, but remember that trying to be friendly to others won’t make up for poor performance. So the bottom line is take care of your job first. Make sure you know your supervisor’s expectations and that you meet them, make sure you are becoming reliable and that you check yourself against your peers, and make sure that you record what you do. Being proactive in this regard will ensure that you don’t feel lost like many veterans by the lack of direct military feedback, and that you won’t be surprised by a lay-off or termination when you thought you were doing fine.