Five Reasons Troops Stick Together After They Leave the Service 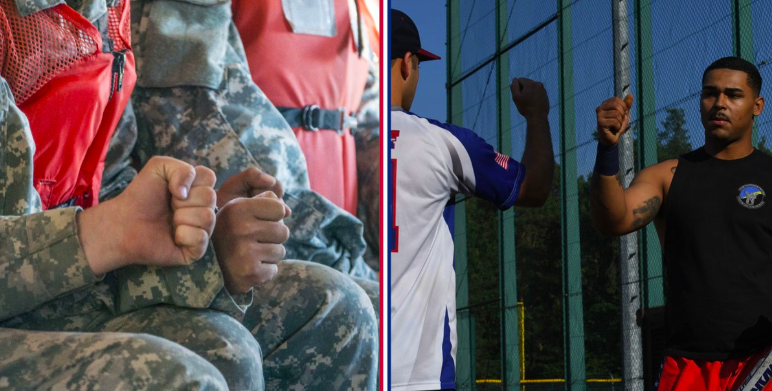 The moment a troop gets his or her DD-214, they start to feel that bittersweet freedom settle in. Sure, they can enjoy the little things in life, like sleeping in until 8 am, and go more than a single day without shaving, but life is never the same. Saying your goodbyes to the brothers and sisters you’ve earned is the hardest.

Every now and then, however, a troop won’t find themselves alone — a comrade will join them in the civilian world.

It’s a true sign of friendship when those veterans who fought together are now cruising the local bars as a unit, just like they did when they were still in.

It’s not uncommon for veterans to make friends with other veterans, but this one goes out to the buddies that endure the suck and venture into the civilian world, shoulder to shoulder.

5. Their goals and interests are aligned

Friendships in the military are formed by sharing suffering, but brotherhood is formed when two can talk to each other about things outside of work.

If both veterans share plans of doing something, like attending college to get a degree in criminal justice, they’ll do it together. They’ll probably be roommates through it all, too.

It’s always good to have someone to embrace the new suck with.

4. They can’t relate to civilians

The civilian-military divide is real. Not only do civilians have a hard time understanding what being in the military is really like, the troops also lose touch with what civilians are up to.

Trends in pop culture don’t have any real effect on people who’ve been in a desert for 12 months without internet access. The only people veterans can relate to are the other troops who also skipped whatever viral joke is currently big.

You’ll need someone with a tolerance for BS as low as yours.

3. Their friendship circle is closed enough

There’s an upper limit on good will for most veterans. Keeping track of all the niceties you’re socially obligated to upkeep gets exhausting. The only thing you need to do to maintain a strong bond with another veteran is show up with beer.

An easy test of a friendship is if both can sit and drink a beer in silence without feeling awkward.

No one will lie for you like the guys that covered for you when you were “at dental.”

2. They know how to keep things interesting

Veterans are rarely boring. A civilian friend may come over for a beer and talk about mundane crap, but veteran stories are always filled with foul, disgusting, and down-right hilarious details.

This isn’t even a skill that’s shared among the troops that served together. Veterans have mastered the art of enjoying the little things in life — you’ll never find a better storyteller.

It’s hard to impress veterans when sh*t like this was just called “Tuesday.”

1. They promised each other they would

The military has bred us to be creatures of commitment. If we say something in passing, we’re going to keep our word — no matter how insignificant or nearly impossible it seems.

Years down the line, one veteran will turn to the other and say something along the lines of, “I promised you that I would, didn’t I?” 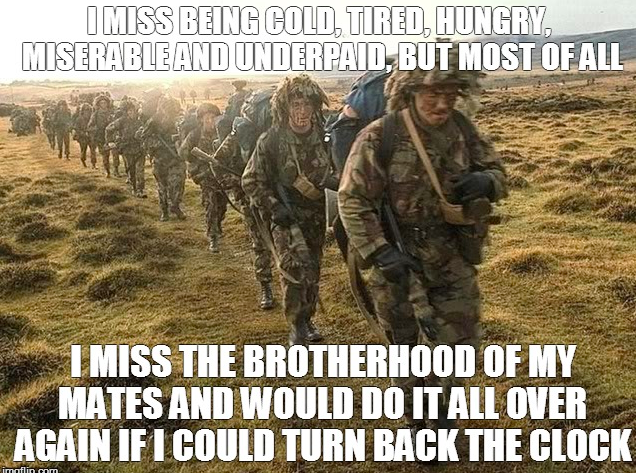 Get out with your brother and you’ll never have to bother the prior service recruiter.

READ NEXT: 7 SEAL MIND HACKS TO TAKE ON ANYTHING