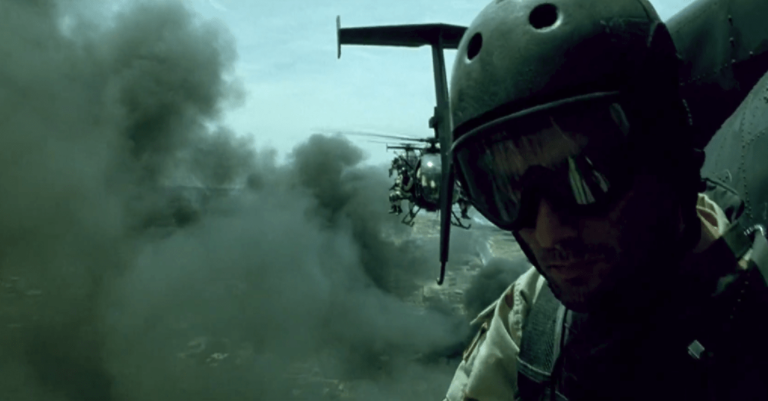 We love movies! That’s why producers spend millions of dollars making them. Sometimes the films we watch are so compelling, audience members believe every moment that is spoon fed to them is the truth.

We’re all guilty of falling for it. Many movie goers get sold on the narrative as the story unfolds across the big screen — even to the point where the performances feel true to life — and the delicate line between truth and fiction becomes too thin.

So check out these military myths that Hollywood puts in their movies and want us to think actually happen — but don’t fall for it.

Movies and TV shows love to feature characters that had tough military careers and reverted to drinking to suppress the memories. This does happen in real life from time-to-time, but not to everyone.

2. You throw your clean cover after a military graduation

It’s a lot of work to not only find the cover you just flung into the air but clean the grass stains off too.

Does anyone have a tide pen?  (Paramount)

They just don’t exist — but we tip our hats to filmmaker Oliver Stone (an Army veteran) for capturing this epic movie moment in 1986s Platoon.

How many rounds do you think he took? (Orion Pictures)

4. That one guy who can save the day

In the military, you train as a team and you fight as one, as well.

The debate isn’t if one single person can save another’s ass during battle — that frequently happens.

What we call bullsh*t on is when that single motivator springs into action and becomes the final denominator and leads them to victory as the rest of his team remains pinned down and losing the fight.

They have the need for speed (Paramount)

We’ve seen countless movies where people get blown up by various sources of explosive ordnance and seem to recover right away (just watch any 80s movie). Since we want to believe the good guys are as tough as nails, they will just brush off the injury and carry on.

In fact, the traumatic brain injury has been called the signature wound of the Iraq and Afghanistan wars.