10 Military Traits To Leave Behind In Civilian Life

There are many traits as a veteran that you have an advantage of having over many civilians, however, there are some things learned in the service that might do best staying in the military. Here are the 10 military traits to leave behind. 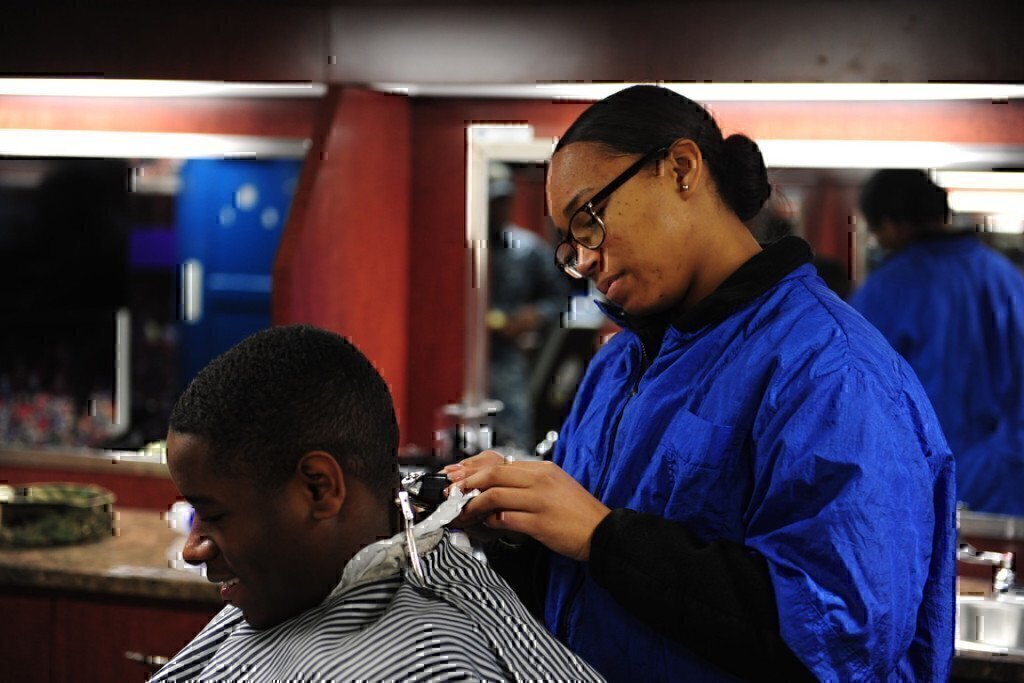 One of the surest signs of motivation in the military is a high ’n’ tight, but it looks decidedly odd in the civilian world. First impressions being what they are, this overly military haircut gives the impression to civilians that you’re a loud, aggressive, hard-charger – in short, it will make them uncomfortable. If you like short hair, at least let it grow to cover up the “horseshoe” and approximate a civilian cut. And if you want to make a statement about your service, make sure you read number 3 below!

A time-honored social skill among service members is the friendly one-upsmanship of war stories (or sea stories, if you come from a Naval service). Usually starting with, “There I was…” these stories are usually thinly disguised brags and only relatable to a military audience. You’ll find most civilians aren’t all that interested. They don’t understand, and if you tell your stories anyway, they’ll assume you’re just trying to impress them and resent you for it. 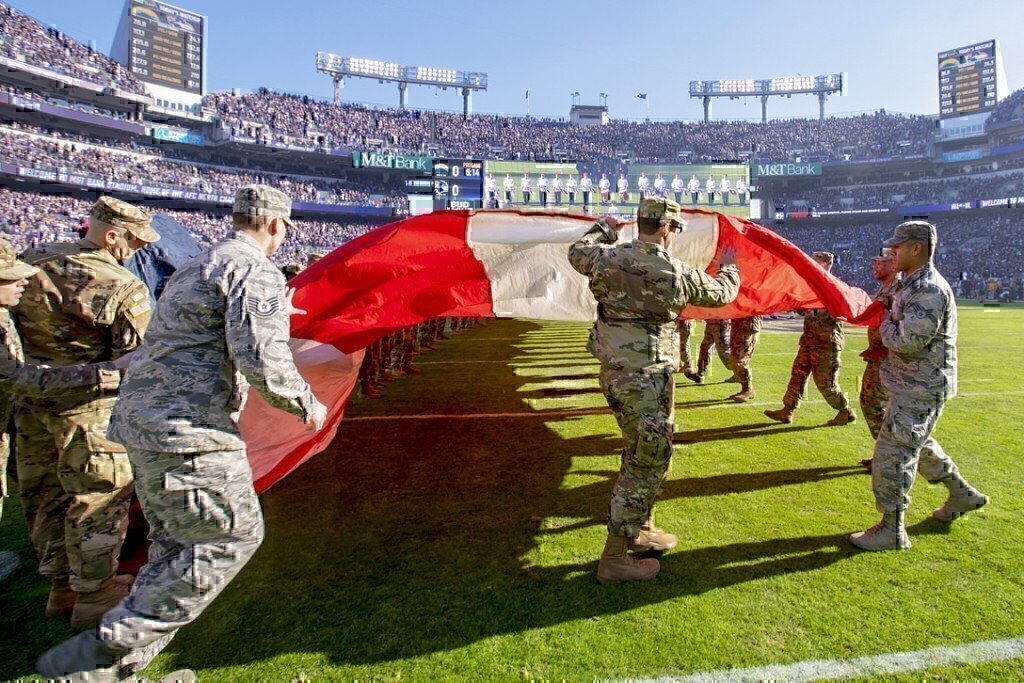 There are many stereotypes among service members about civilians – they’re fat, or lazy, or uncommitted, or greedy, or selfish. While you will probably encounter civilians who fit these stereotypes, success in your transition means integrating with your civilian team the same way you did with your battle buddies. So don’t comment on co-workers’ weight or fitness, remind them about the long hours you used to keep (or the crappy environment you were in), or slip in little jabs about how selflessly you served while they pursued careers.

The Motivational Quote on Your Email Signature

“Some men go all their lives wondering if they’ve made a difference. The Marines don’t have that problem. Ronald Reagan.” “All that is necessary for the triumph of evil is those good men do nothing. Edmond Burke.” In the civilian world, quotes like this come across as you telling everyone how much better you are because of your service. As many business emails become long chains of replies and forwards, having the same motivational quote show up every time you chime in reduces it to a joke and clutters up the conversation.

Depending on your branch of service and military specialty, you may be used to snapping to attention or rendering a loud and appropriate greeting-of-the-day to senior officers. All of these things will severely disrupt a normal office and get you strange looks (and possibly some counseling). Even using “sir” and “ma’am” or referring to co-workers by their last name is oddly formal among civilians. The best course of action is to call people by the name they give you upon introduction. Just don’t let the first names keep you from being respectful.

Wearing issued boots, shoes, belts and undershirts with civilian clothes might seem like a great way to save money.  Wearing those uniform items is another way to thrust your service into your co-workers’ faces (especially the military web belt and/or suede combat boots). Even military dress shoes look inappropriate unless you’re wearing an actual suit. Leave the uniform items in the closet and invest in a normal civilian wardrobe.

That combat knife or pistol displayed in a glass shadow box with a dedicatory plaque will not go over well in most civilian offices. Whatever your personal view on carrying weapons, especially firearms, most civilians (especially those living in the vicinity of cities) see large knives and pistols only in the movies. Displaying an artifact may frighten co-workers and may earn you a trip to human resources and/or a counselor (in extreme cases). Just accept that civilians generally will never, ever be OK with weapons in an office…and save the shadow box for your “I love me” wall in your new home.

One of the nice things about being in the military is the presence of passionate political discussion. Among comrades who have shared tough training and deployments, hard conversations between political opposites are no big deal. In the civilian world, however, people are much less willing to talk about their political views because they don’t want to seem too extreme. You can bet that you will be instantly judged if you’re politically outspoken, whatever side you’re on. Basically, outside of the military, it’s actually true that people don’t discuss religion or politics. 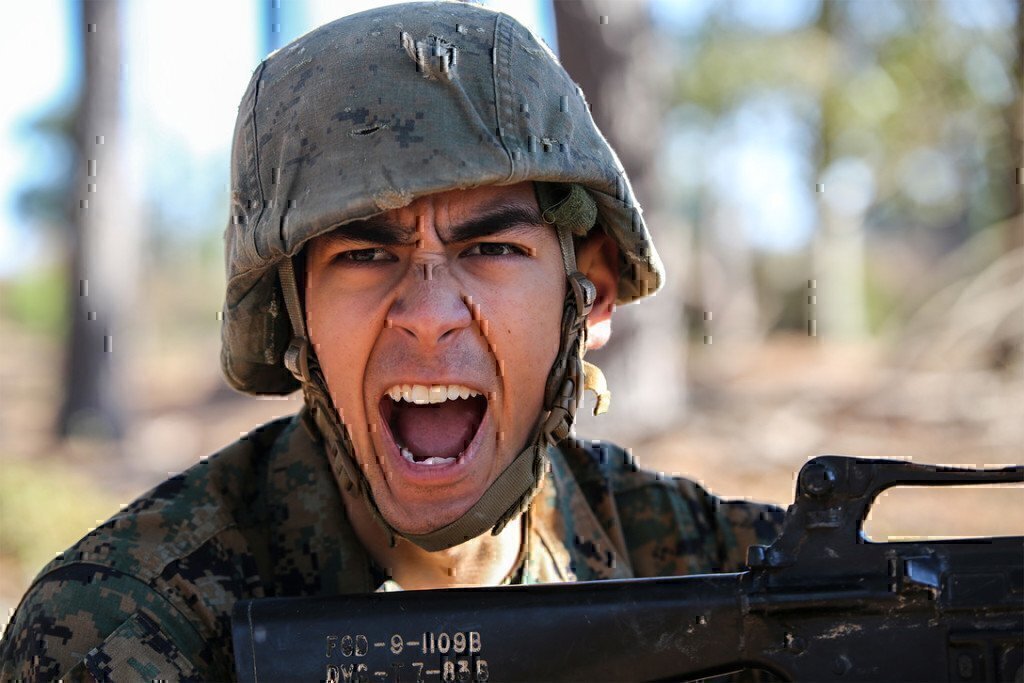 When service members need something urgent, they tend to yell. And probably call their teammate a bad name, too.  It becomes a habit, much like certain curse words or inappropriate (read: racy) expressions. This kind of dialogue results from the esprit de corps among service members and the rough nature of the job. This doesn’t always fly in the workplace. Too much and your supervisor will receive an anonymous complaint claiming your behavior makes for a hostile work environment. Even if there’s a co-worker who swears a lot, or who makes inappropriate jokes, learn to curb that habit in yourself.

The Feeling that You Know Your Job

By the time it comes to transition, most service members are pretty experienced. They have learned how to succeed in the system. This can translate into misplaced confidence in their civilian job…which may be in the same industry.  Just assume you have to learn everything again and take every opportunity to actively prove you know your stuff by doing it rather than talking about it. But don’t act entitled to your civilian job simply because you’re a veteran.

HOW TO SET GOALS IN YOUR JOB SEARCH

4 BENEFITS TO CONSIDER WHEN EVALUATING A JOB OFFER

10 QUESTIONS TO ASK YOURSELF DURING YOUR JOB SEARCH