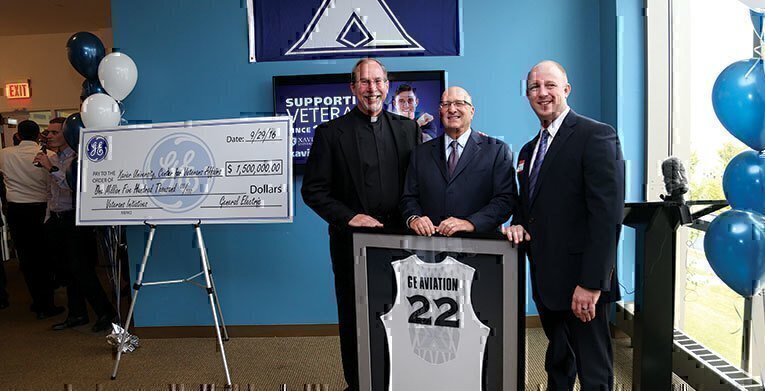 When one veteran succeeds, the whole community benefits.

That’s the philosophy behind a partnership between Xavier University (XU) and GE Aviation in Cincinnati. The Jesuit university and the jet engine manufacturer are determined to make Cincinnati a choice destination for service members transitioning from the military. The goal is to draw transitioning service members to Xavier University for a degree, then channel them to GE Aviation or another corporation in the area.

“There’s been a very strong focus on how we help them not just find a job, but also find a good education, find a home, find a community – that’s a huge part of the success of a veteran’s transition,” says David Wilson, public affairs leader for GE Aviation and an Air Force veteran. “So what we learned is that it’s never good enough just to get a good job or get a good education. It’s got to be this holistic thing.”

The partnership began in 2010 when GE Aviation, which is headquartered in Cincinnati, conducted Voice of the Customer sessions with student veterans at Xavier to assess their needs. The sessions led to internships at GE, several new campus programs, and a $100,000 donation in 2015 to convert an empty space on campus into a state-of-the-art veterans center.

“This partnership didn’t happen overnight, and we’ve shared an amazing journey to get to where we are today, helping veterans and strengthening our community.” 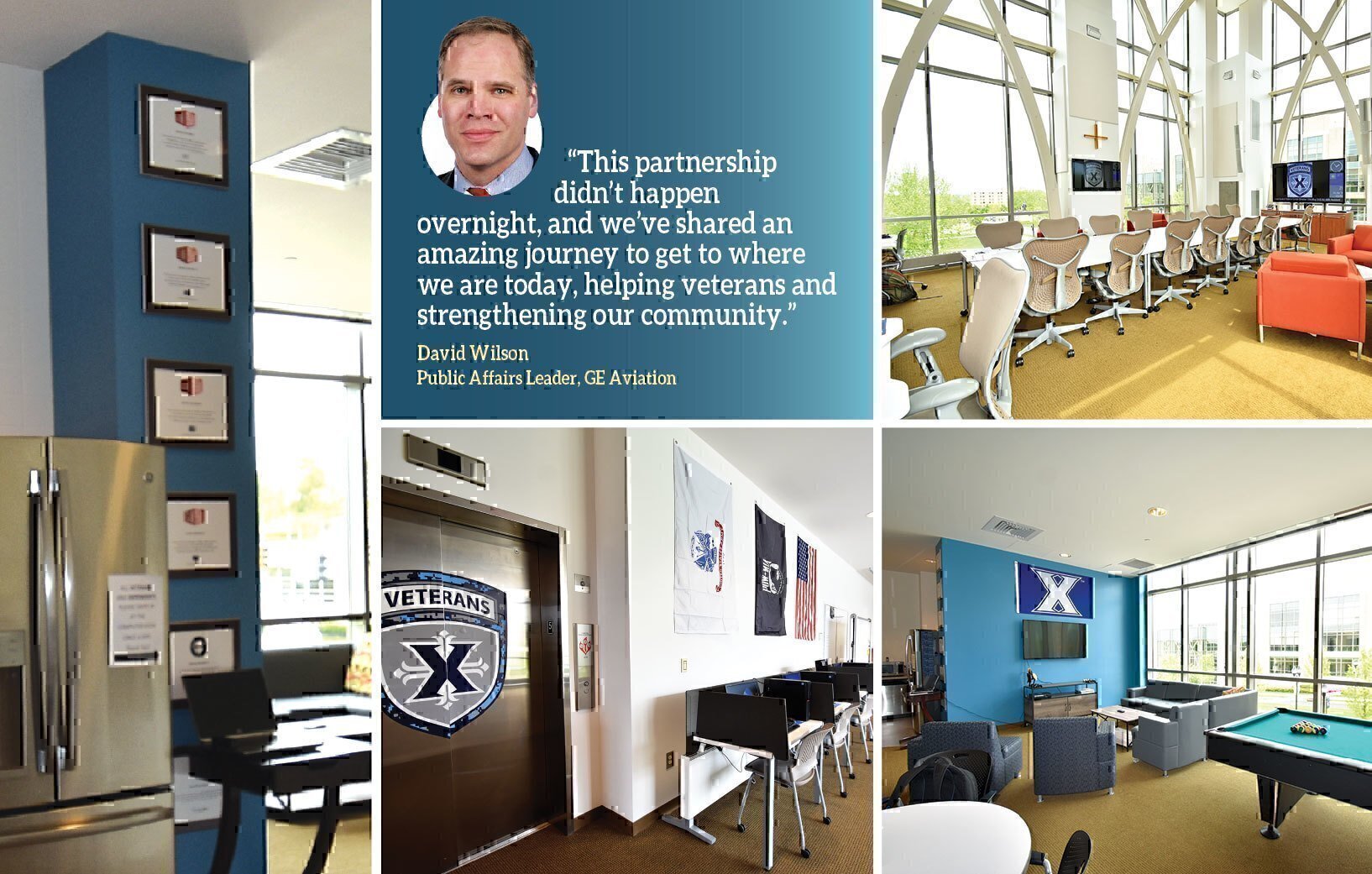 There already was a house off campus being used as a veteran’s center. But the GE donation allowed Xavier to renovate an empty 3,000-square-foot space vacated by another group. It now includes a large study room that accommodates about 30 people, 55-inch TVs with PlayStations, computer stations, a kitchen and lounge, pool table and conference room.

“So we really have one of the best facilities in the Cincinnati area for veterans as far as studying and a space on campus for them,” Klug says.

In 2016, GE Aviation donated another $1.5 million to Xavier. The university used some of the money to hire Brad Fittes as a VA certifying official and veteran’s advisor. Fittes, who previously worked with student veterans at Ohio State University, brought with him two programs that proved successful at OSU, including a peer mentorship program that matches incoming student veterans with mentors.

“The peer mentors provide strategic individualized outreach to each of the new veterans during their first year,” says Fittes. “And that’s through email, phone conversations, one-on-one meetings, events and casual conversations at the veteran’s center”

Xavier student veterans also can participate in a professional mentor program that includes GE Aviation and volunteers from other companies in the Cincinnati area.

GE Aviation is involved with Xavier in other ways. The company has sponsored Military Appreciation basketball games and supports Project Hero, a veteran support organization that helps veterans’ long-term health management through cycling. Xavier donated a space on campus as a new center for Cincinnati. The company provides internships to XU students in IT, human resources and finance – an effort that led to six XU student veterans getting hired permanently.

“This partnership didn’t happen overnight, and we’ve shared an amazing journey to get to where we are today, helping veterans and strengthening our community,” Wilson says.

While the partnership helps veterans, it also benefits Xavier, GE Aviation and the entire Cincinnati region.

“We don’t look at it as a zero-sum game,” Wilson says. “We look at is as when one veteran succeeds by finding a good education and finding a really good job and finding a home to raise their family, it benefits the entire community, which includes all those other businesses and universities and everyone else.”