Watch: Wingsuiting Out Of A B-17 Bomber’s Bay Doors 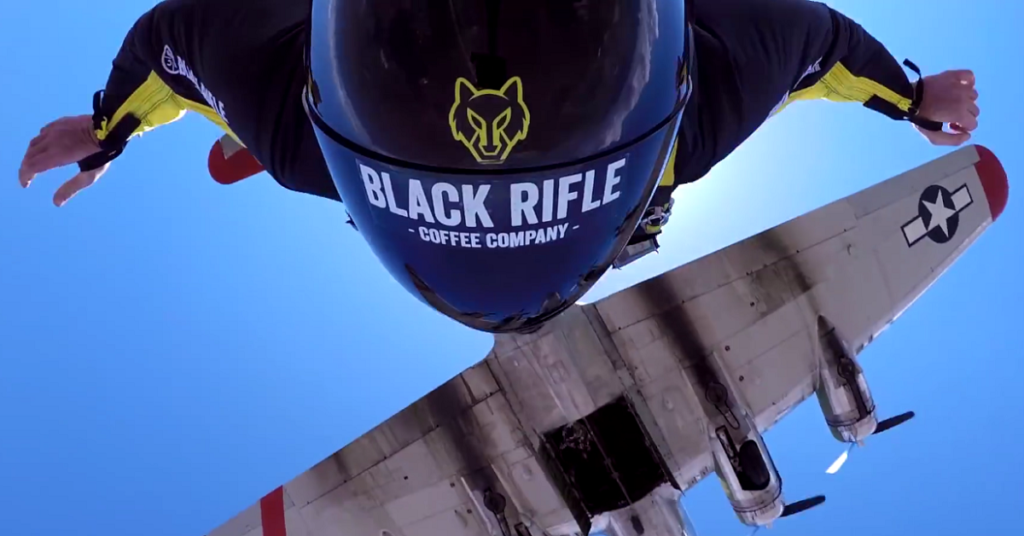 Recently, four skydivers from FullMag decided to step up their game by jumping out of the bomb bay doors of a World War II B-17 bomber using wingsuits.

The skydivers are all equipped with go-pros, parachutes, and the American flag.

The B-17 Flying Fortress has lived up to its name. Primarily, it saw combat during WWII for allied bombing runs in Europe. Originally developed for the U.S. Army Air Corps, this behemoth had as many as 13 machine guns attached.

But what its known for is the devastating 9,600-pound bomb load that it could bring into battle.

The 14 men of the ‘Memphis Belle’ were among the most famous B-17 Bomber crews. It was one of the first bombers to complete 25 combat missions and bring all of her men back.

The tales of this beauty have been made into a documentary in 1944 and a feature film in 1990. In May 2018, the aircraft will be restored and placed in the National Museum of the United States Air Force. This will be done in celebration of the 75th anniversary of it’s final combat mission.

“Commercial skydiving isn’t without it’s risks” says Richard Ryan of FullMag. “When doing a demo jump, there are many variables to take into consideration.”

When jumping out of the B-17, the skydivers must work within the narrow space of the bomb racks. When they jump, they have to make sure that their suits don’t catch anything upon exit.

Yet the biggest concern that they had was with the machine gun turret on the belly. If the aircraft’s speed isn’t slow enough, their suits could pressurize and strike it.

They avoided it by back flying the exit into a gainer — or by watching the jumper ahead of them.

To check out the jump or for more content, check out FullMag on the video below.