Why Schools Should Recruit the Military Community 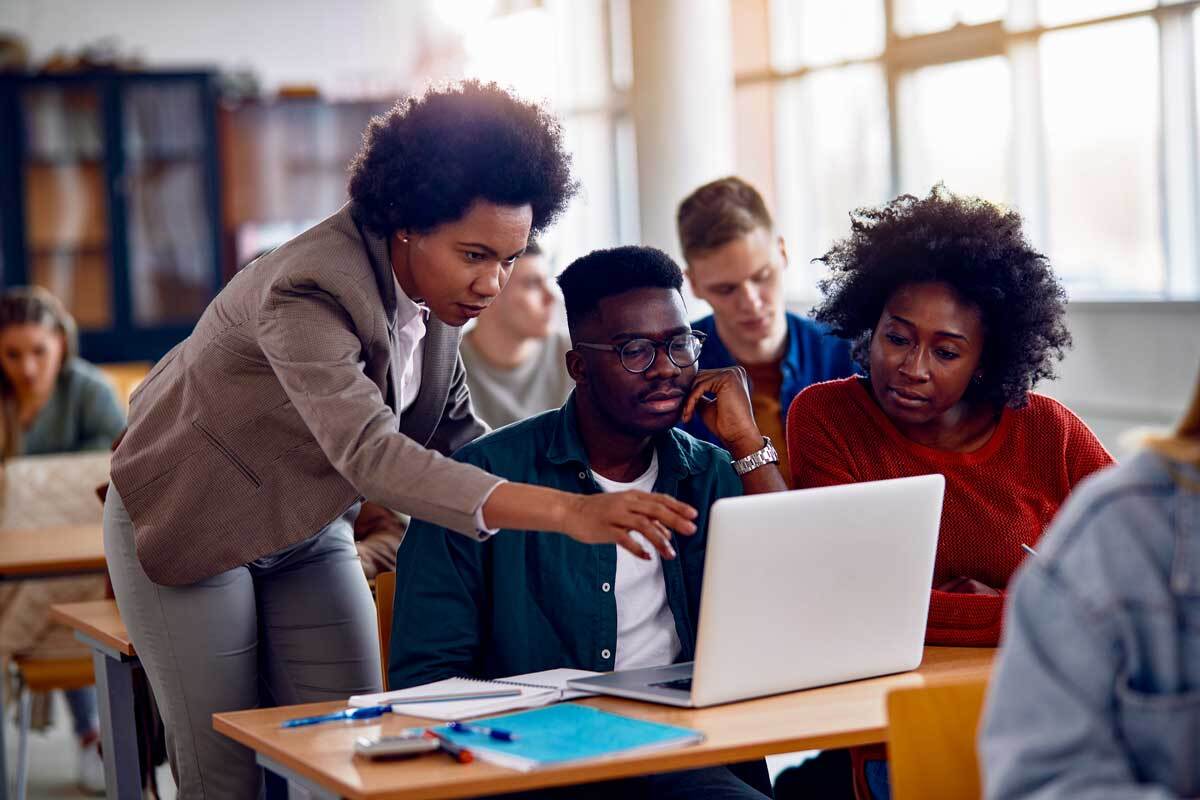 Hitting Enrollment Goals Has Been A Formidable Task In The Last 2 Years.

When you look at the enrollment rates, you have to wonder how on earth you can help your school recover from the last two years. First, let’s just dive into the numbers. Then, we’ll share how reaching the military community can improve your pipeline.

Each year, an estimated 230,000 service members transition out of the Armed Forces and search for civilian opportunities. These service members leave the military with unparalleled leadership skills, have a knack for transforming any project into a success, and have a plethora of soft skills that can impact the organization. They possess discipline, values, and integrity – which are all building blocks for great success.

The Decline In Enrollment

The enrollment rates for higher education have been on the decline and plummeted due to the pandemic.

Doug Shapiro, executive director of the National Student Clearinghouse Research Center said at this current rate, it would be the largest two-year decline in at least the last 50 years. – The Washington Post.

According to the research from the National Student Clearinghouse Research Center, there are now 240,000 fewer undergraduates enrolled this fall compared with the same time last year. (The study represented 8.4 million undergrad and graduate students from about 50% of U.S. colleges.) An NPR report stated that “if that rate of decline holds up for the rest of the colleges, that could translate into almost a half-million fewer undergraduate students.”

AECOM, a Fortune 500 firm, launched its first-ever social media talent acquisition campaign and was able to reach veteran job candidates that they were not able to find on any other recruiting platform. They used first-party military audience data, lookalike audiences, and personas to help them acquire 221 job applicants in just 60 days, all while significantly reducing their cost-per-applicant.

In the fall of 2021, undergraduate enrollment was affected across the board; however, the numbers for community colleges, public four-year colleges, and private-for-profits were impacted the most.

Community colleges and four-year-for-profits serve similar populations of students who are often older. While undergrad enrollment did fall for every age group, the Cearinghouse study showed that 25-29-year-olds had the steepest decline – more than 8%.

Accessing Veterans To Increase Your Numbers

Typically when we’re in an economic downturn, people stick to stability. More high school students join the military where they are guaranteed a position and pay. People who are in the military already are likely to stay in rather than dive into the unknown and look for work. Take a look at the numbers for the United States Army. It’s the largest branch of the military, and it exceeded its strength goals in 2021. Why? In large part it was due to a high retention rate of current Soldiers.

Now, all of that doesn’t mean that enrolling veteran students is a lost cause. It’s quite the opposite.

The military community is made up of over 10 million across the ecosystem. That number includes veterans and military spouses and the 2.1 million active duty, reserve, and national guard members with access to thousands in tuition assistance each year.

For the education system, that leaves a large audience of people who have funds from tuition assistance to support their academic goals while in service.

According to the Hechinger Report, a Department of Defense spokesperson said that between October 2019 and September 2020, some 236,992 active-duty service members drew on the tuition assistance benefits, which max out at between $3,000 and $4,500 a year depending on the service branch.

That’s just a small fraction of the military audience that VIQTORY can help you access. Most of the 1.3 million active-duty personnel are eligible for tuition assistance to give them a jumpstart on advancing their education.

Members of the military community make the ultimate learners. Those who have served are organized and working towards specific goals.

As we mentioned, the military community (veterans, military spouses, active duty, reserve, and national guard members) make up 10 million. Tap into a new talent pool of over 4 million with access to the Post 9/11 GI Bill.

The U.S. Department of Veteran Affairs and the Department of Defense provide financial support for advanced education to veterans and their families. The Post-9/11 GI Bill covers their tuition and fees – nearly guaranteeing funds for your school.

Student veterans enhance campus diversity. In a study by the American Talent Initiative, 62% are the first in their families to go to college, compared to 43% percent amongst non-veteran students. Also, 18% of student veterans are black or hispanic.

In a time when student enrollment numbers are dramatically low, it’s important to keep the 4 Proven Methods to Boost Enrollment in Mind.

How You Can Enrich Your Campus With Student Veterans

There was a lot of speculation about Student Recruitment in 2021 and what it might look like. Now that we’re thinking towards 2022, we have a better idea of what to expect.

Many things are back to normal, many schools reopened on campus, some did a hybrid and included virtual education. Regardless of how your school is maintaining normalcy, you can count on VIQTORY to help you reach the military audience. Through our multi-channel approach fueled with first-party data, we will help you achieve your goals.

Expanding your recruitment efforts is a pivotal way to enrich and diversify your school.

Our strategic advisors can find a solution that fits your school’s needs. With highly targeted digital campaigns, we can expand your reach to the military community in any location.

East Tennessee State University expanded their advertising efforts using a holistic approach. Through the power of programmatic advertising, print, e-blasts, and a sponsored page on G.I. Jobs, more than 100 military students enrolled at ETSU during the enrollment period of their campaigns.