Why Diversity Recruiters Should Target Veterans 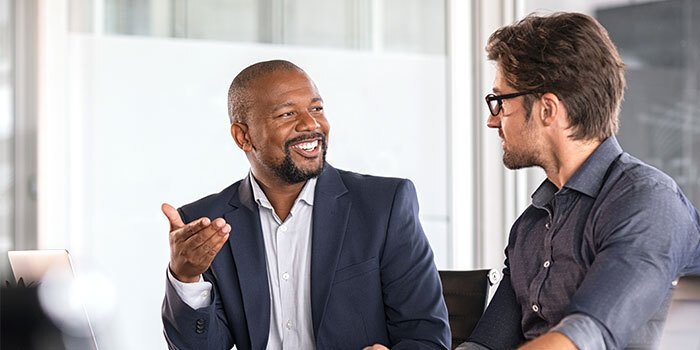 Hiring military veterans ain’t what is used to be. Hiring veterans is no longer the cliche “nice thing to do.” Military veterans are bringing the tangible, trackable benefits that companies covet, which is why hiring managers and talent acquisition directors can’t seem to find enough of them.

Have you realized that military veterans might be the very answer to your hiring problems? Are you having trouble finding quality, qualified candidates? Struggling with retention? Need specific skills? Look no further. Here’s why YOU NEED to be targeting military veterans in your recruiting.

Naturally, you know that retention is one of the biggest concerns for anyone in talent acquisition and hiring. I’m not breaking anything new to you here. But what if you could hire workers who are qualified and who have a track record of being easier to retain? Take a look at veterans.

According to the 2019 Military Friendly® Companies Survey, 60% of companies reported higher retention rates for military veterans compared to their civilian counterparts. That’s not the only data that backs it up, either. According to the 2018 Veteran Hiring Survey, 67% of surveyed businesses reported better retention rates for veterans. The survey survey also found that 59% of businesses reported that veterans have better interview-to-hire ratios, while 65% of businesses showed better acceptance rates for veterans.

Research by Syracuse University’s Institute for Veterans and Military Families suggests that military veterans are instilled with a strong sense of identity and loyalty to their organization, and that this can contribute to low attrition/turnover numbers for veteran workers.

If these KPIs matter to you, and they surely do, recruiting military veterans can help you hit your numbers.

Veterans Have The Skills You Need

Yes, military veterans are known for their intangible traits such as leadership, work ethic and determination, but they also bring the hard skills you need in order to fill the positions you have open. Here is some telling data from the 2020 Military Friendly® Companies Survey that might change your mind about the types of skills veterans bring to the table.
The top ten jobs surveyed companies hire veterans for are:

While veterans certainly are more than capable of filling roles in customer service, sales and administration, they also possess many of the hard-to-find skills to thrive in accounting, software development, operations and cyber security. The extensive training and on-the-job experience they receive in the military is second-to-none, so why would you view it any differently than somebody who may have only gone to college and had an internship?

It’s time to re-think how you look at military veterans as job candidates.

Yes, compliance with diversity regulations is imperative, and military veterans can help you achieve your required or desired diversity numbers. But that is not why you should hire military veterans. Again, this comes back to their skills and their impact on your company’s culture and profits.

Harvard Business Review released a study which found that diverse teams are able to solve problems more efficiently and effectively than cognitively similar teams. Military veterans come from an environment that demands quick, efficient problem solving. Makes sense that you could use a few of those kinds of people on your team, right?

Take The Stress Out Of Recruiting!

Let’s work together to develop a cutting edge recruitment strategy that will capitalize on the technological capabilities of today and the future!