What Percent of College Graduates Are Unemployed? 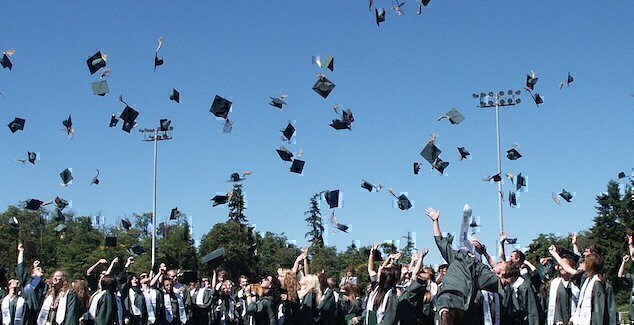 After eight years of decline and slow growth, the U.S. labor market seems to have possibly turned a corner. Underemployment is down across the board to levels not seen since the opening days of the Great Recession and job prospects are improving, especially for college graduates.  So What percent of college graduates are unemployed?

According to a new study by Georgetown University, the underemployment rate — which is the percentage of American workers willing to work full-time but are either unable to secure a job or are employed only part-time — has fallen below 10 percent for the first time since 2010.

How many college graduates are unemployed? The Georgetown study found only 6.2 percent of all college graduates are unable to find full-time work, which is less than half of the rate for high school graduates. Across the board, the level of education of workers seems to be directly tied to the underemployment rate. Even with the improving economic situation, workers without a high school education have the highest underemployment rate (18.7 percent) of any category, followed by high school graduates (12.9 percent), workers with some college (9.6 percent), bachelor’s degree holders (6.2 percent), and those with graduate degrees (4.2 percent).

The underemployment rate, which is often significantly higher than the traditional unemployment rate, is an important and frequently overlooked measure of the job market.

Currently, there are only about half as many American workers who are jobless as there are underemployed, and while both numbers (5 percent and 9.8 percent respectively) are at their lowest rates in years, both numbers are still well above pre-recession norms.

What does this mean for veterans and military personnel?

The most significant and startling numbers from the Georgetown report are in the link between education and employment prospects. To the surprise of probably no one, more educated workers are more in demand. For separating service members, the improving job market creates better conditions for a return to the civilian economy, though it is important to remember that the improvement is skewed heavily toward the best-educated workers.

Of course, not everyone can afford the time and financial commitment of a graduate degree, but by taking advantage of active duty, reserve, and veteran’s educational benefits, veterans improve their chances of securing and maintaining employment for the long-term.

READ NEXT: What’s a College Degree Worth in Today’s Dollars?