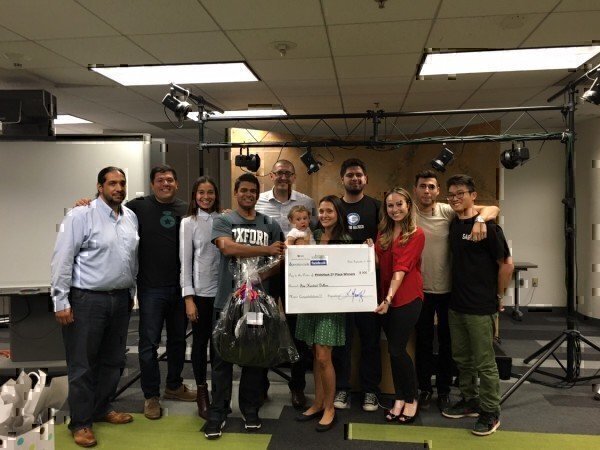 Post military service, Jameel Matin gradually got comfortable with the business casual look. After all, for five years he wore a Marines’ uniform. In his closet camouflage made way for button up polos and creased slacks. Wearing the attire of a retail operations manager and research analyst, Jameel was gainfully employed in the greater San Diego area. Yet even after transitioning into management level positions, he found himself looking for other opportunities. His real desire was to find a field that embraced his passion for communication, software evolution, and the honorable fighting spirit of the Marines.

In 2015 Jameel was considering law school. Before enrolling he did his research and didn’t like the projected outlook. Jameel states, “I saw an oversaturated market plus the prospect of three years of school and graduating with six-figure debt.” The dreary forecast didn’t convince him to pursue law; however, knowing what you don’t want is far different from knowing what you do. Therefore, in what seems to be a common theme post great recession, the educational program he would immerse himself into and how he would earn a steady living both remained an unfinished puzzle.

During the spring of 2016, Jameel discovered an article online. The article title escapes him but he recalls it was about veterans who were interesting in learning code. After reading the article he visited a friend who was employed at a tech startup. Jameel recalls, “I was in L.A. visiting my friend and he was telling me how much he makes. Then I saw how laid back he and his team looked in shorts and t-shirts. I couldn’t believe what working at a startup was like!” Jameel acknowledged that visit as the moment he finally discovered the workplace culture he sought. He was confident that this field could provide the opportunity for a stable and lucrative career that was in parts fun, exciting, and challenging while also providing a promising employment outlook.

Where Do I Start?

Despite having no background in tech his research led him to confidently pursue a career in coding. In a few short weeks, Jameel drafted a plan to exit the nine-to-five grind cycle, a sort of exit strategy that would make even the Pentagon jealous. He then wasted no time demonstrating tactical precision as he embarked on his new career path.

1) Law school, forget about it

2) Listen and Learn, through podcasts and by viewing coding tutorials online

4) Make his GI Bill count, by using it to pay for his coding certificate

As a proven expert in evasive maneuvers, he made it through step one in no time. Steps two and three required time and attention that Jameel was happy to dedicate. However, step four presented a barrier when he learned that the GI Bill wouldn’t cover the cost of his coding program. As a veteran in good standing his plans didn’t come to a grinding halt but he was left feeling baffled. He asked himself why his GI education benefit would cover an expensive program like law school, yet, wouldn’t cover a certificate in one of the hottest and best-paid industries in the country!

That’s when, with a little more research online, he learned of Operation Code. After learning that Operation Code was established in 2014 with a goal of expanding the new GI Bill to cover code schools for vets, he decided to reach out. In a matter of days, he connected with Operation Code Founder and former Army Captain David Molina. In that conversation, Jameel learned of the scholarships, resources, and the support network available for military veteran coding enthusiasts.

Looking forward, Mr. Matin is actively pursuing his coding certificate and with it his place in tech. David Molina is proud of the Marine veteran, “every day I see veterans like Jameel pursuing coding with the same grit, work ethic, and determination they showed in the military.” Molina continues, “Operation Code will continue to expand its mission to help others like him and ensure their place in tech.”

While Jameel remains a single bachelor he might just have found his perfect match, career-wise. When we asked him who in the tech industry inspires him most he doesn’t hesitate with an answer, “Elon Musk. He’s done a lot in a little time.”

READ NEXT: Learning to Code While Deployed to Iraq

READ NEXT: See How This Veteran Was Able to Confidently Pursue a Career in Coding