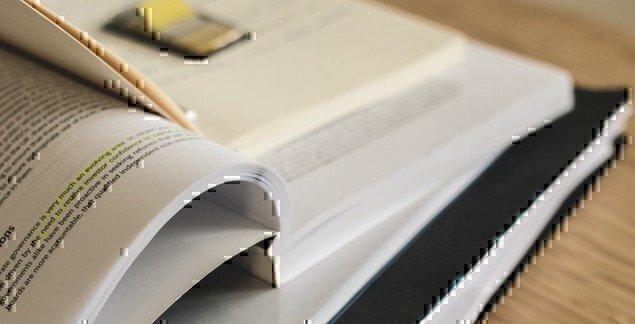 Are you just wrapping up your undergrad and wondering what’s next? Have you just finished your degree and feel like you could benefit from less academia and more practicum? For the past few years Harvard’s Business School (yeah, that Harvard) has been running an online credentialing program that is perfectly suited for degree-holding or degree-seeking veterans. The program, called HBX CORe (Credential of Readiness), is an official offshoot of Harvard Business School (HBS) and offers three courses that can help you build on your pre-existing business acumen or help you build your foundation in analytics, economics and accounting. It’s based on the famed HBS case study method and taught by HBS professors.

“CORe is delivered on the innovative HBX online platform which puts you, the student, at the center of the learning process. With HBX, learning is active, social, and case-based. We ask you to step into the role of a business leader and engage with your peers to work through real world business challenges. By doing so, you learn more. You walk away from CORe with a new perspective on the world and how businesses work.”

What You Need to Know

Excuse me while I wax autobiographical for a moment.

“What do I do now?” This is the anxiety-inducing question that I found myself asking just after I tore my Army uniform off for the last time. I separated in the summer of 2012 when the Post-9/11 GI Bill was only four years old. The bill had already been subject to a few congressional modifications and I felt that I needed to enroll in college before the bill was legislated out of existence. A hyperbolic motivator, I know, nonetheless I enrolled in college and four years later as I was being handed my diploma, a small-yet-familiar voice in the back of my mind crept in. “What do I do now?” After six years in the military and now equipped with a four-year degree, I should’ve felt prepared and ready for the next challenge. But I felt dramatically underqualified for any “real world” career. My anxieties forced me to lower the bar and I spent the next year of my life in an entry level job, trying desperately to get up to speed on the inner workings of corporate life.

As veterans, we leave the service with years of experience building and honing our so-called soft skills. We can generally fill our resumes with words like “leadership,” “management” or “teamwork” and phrases such as “Proven leader in high-stress scenarios,” or “Ability to operate in a deadline-driven environment.” To us, these words and phrases have unique and powerful resonance among our peers, but some employers have a hard time drawing the distinction between a deadline-driven environment in the military and one at the big box store down the road.

Those soft skills are valuable, and countless veterans have leveraged those very skills to land fulfilling and long-lasting careers in fields they love. That being said, a veteran’s geographic location, military branch, years of service and military specialty can all impact the value of those soft skills for potential employers.

For many degree-holding or degree-seeking veterans, the best option may be to complement your skills with a post-graduate or credentialing program like the one offered by Harvard’s HBX CORe.

Don’t Just Take Our Word for It

A couple of weeks ago, G.I. Jobs reached out to Evan Roth, a graduate of the U.S. Air Force Academy and former Air Force captain who was one of the first veterans to participate and complete the HBX CORe program.

While Roth was still on active duty he knew he wanted to pursue a master’s degree but felt his military obligations and schedule would prevent him from diving into a full-fledged MBA program. “Going straight from your bachelor’s to a master’s is not really an option for a lot of people straight out of the academy, or many veterans I would say.” Roth instead looked for opportunities to serve as a sort of MBA primer and seized on HBX CORe. “I saw this as an opportunity to kind of get myself back up to a certain mindset or to a certain speed again,” he said.

Roth described the application process as less intensive than what one might find when applying to an undergrad or postgraduate program. He mentioned that during the application process he and a veteran friend of his had overlooked a section detailing the discount for veterans, and that a representative of HBX CORe reached out to him directly to let them know about the discount.

As a strictly online credentialing program, HBX CORe is missing the dedicated veterans office that is standard for many public and private universities, but that hasn’t prevented veterans from finding ways to build communities with their peers in the program. Roth’s profile picture during the program depicted him in uniform so that other veterans could identify and reach out to him. He recalls seeing other veterans do the same.

Roth attributes his success in the program to his time in the military. When asked what aspects of the military lent themselves to his success, he said, “HBX requires you to coordinate with your peers and identify solutions before you would have to escalate the problem to the instructor. I felt that my interpersonal skills were developed in the military and they helped me better communicate with my peers.” Roth also said “the ability to analyze my time and decide how to ration it effectively” was a product of his time in the service and contributed to his success in the program.

After leaving the program Roth was shocked to find himself a highly competitive candidate for positions with Fortune 100 companies like General Electric. “When I did my interviews at GE, every single executive that interviewed me asked about this program. [HBX CORe] stood out very highly,” he said.

Roth accepted a position with GE Aviation and has been there ever since. For more information about Roth, you can check out his participant spotlight on HBX CORe’s website here or connect with him on LinkedIn here.

HBX CORe offers an unparalleled opportunity for veterans to gain exposure to one of the most highly touted and respected business-focused curriculums in the country. The credentialing program is offered online, which allows veterans to access the program from virtually anywhere and anytime. If you’re interested in learning more about the program, click here!