Finding Inspiration in Your Veteran Network 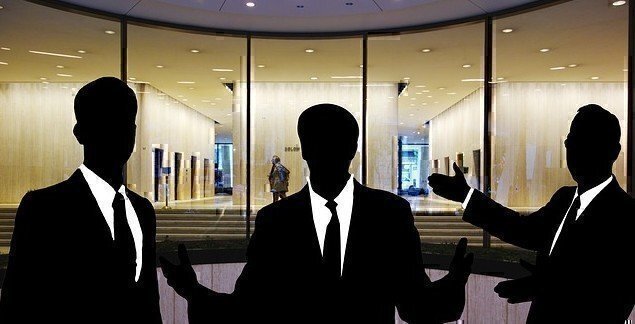 One of the hardest parts of leaving the military for many veterans is leaving behind the camaraderie and espirt de corps. It is an unmistakable part of military life and one of the things that truly makes military life different from civilian life. After leaving the military, I started to miss the network that I had built while on active duty. But I soon began to realize that I had access to a much bigger and better network outside of the military. My veteran network.

I have had the opportunity to connect with some incredible people during my time in the military. I find so much inspiration in people who did great things in the military and continue to find ways to change the world around them. One of my great friends, Steven Downey, is one of those veterans.

After serving in the Army as a combat medic, Steve went through some difficult times. The loss of his mother and other things, including a fight with Post Traumatic Stress Disorder, all led to a period of depression where he ate to cope with everything.

One day Steve decided enough was enough and he made the decision to get some help and get back in shape. With the help of his mentors, Steve created a mobile fitness app called uTusk to help others who may be experiencing similar struggles. The app pairs users with fitness and nutrition coaches who help guide you and motivate you to be your best self. “Going to the gym and finding a personal trainer can be expensive,” Steve says. “This is a cost-effective way to put quality fitness and nutrition information in the hands of everyday people.”

Steve urges people to reach out to veterans who are struggling by getting involved in their lives and going the extra step to help. “About 8,030 veterans a year commit suicide,” he says in a recent interview with Cleveland 19 News. “When you think about the size of the veteran community, that’s a pretty staggering number.” Steve continues to be a voice of hope for the veteran community by building a winning network that is able to help veterans in trouble.

Learning to tap into my veteran network became an important part of my transition. I began to meet veterans who were doing amazing things in their careers as well as in the entrepreneurial world.

One of the veterans I had the pleasure of meeting was Marcus J. Carey, founder of vThreat, a company that provides cyber security verification for other organizations. As a cryptologic technician in the United States Navy, Marcus had the opportunity to work with a number of organizations where he learned to understand hackers and how they work. After leaving the military, Marcus taught federal law enforcement agents how to catch hackers, which eventually led to the launch of vThreat.

“We’ve built a platform that imitates hackers on networks,” he says. “This allows organizations to improve their cyber security processes.” Marcus is changing the world around him and offering an invaluable service to other organizations in the process.

Learning the skills associated with his job in the military in such a fast-paced environment is one of the things that Marcus attributes to his success in his company.

“I saw things when I was 18 and 19 years old that a normal 18-year-old just doesn’t have the opportunity to see,” he says. Another thing that Marcus attributes to his success is being able to network with the right people.

He recently competed in Challenge Cup 1776, a competition held each year in Washington, D.C., for emerging startups. He recognizes connections that he has made through things like Bunker Labs,  Patriot Boot Camp and Mach 37 that have gotten him and his company to the point he is today. He is living proof that finding ways to tap into and leverage your veteran network are so important to finding success after the military.

One of the things that is important in any industry is your ability to build relationships and create networking opportunities. We do this in the military to gain knowledge, intelligence and even help us get certain assignments. After serving in the military, we are part of such an incredible network and many of us don’t even realize it.

The days of leaving the military and merging quietly back into society are over. Today more veterans are doing incredible things after separating and retiring from the military, and they’re doing it with the skills they learned in the military. I made it a point to make sure my LinkedIn account was up to date and to constantly find new ways to connect with other veterans.

Jamaal Wheaton is a transitioning Army veteran with over 12 years of active duty service. He is founder and owner of The Wheaton Group, a public relations firm that specializes in being a voice for veteran and military-related issues. Jamaal shares his personal experience of transition with the hopes of helping others navigate through their own transition.

Need help learning to build your network? Check out “6 Easy Ways Veterans Can Network” for some great tips.