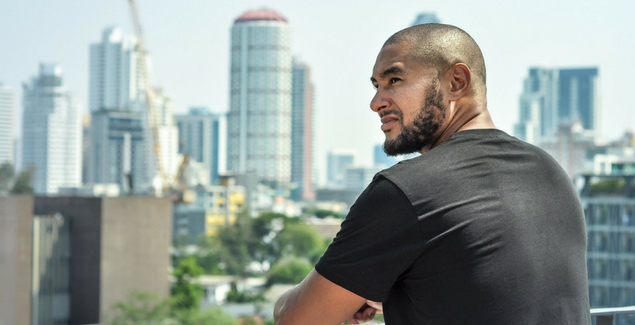 When Tech. Sgt. Bernard Edwards began preparing to retire from the Air Force, he was more focused on updating his passport than his resume. The self-proclaimed “unconventional veteran” was entering the civilian workforce as a “digital nomad,” a career path that rewrites the script for military-to-civilian reemployment.

Edwards, 36, is the founder of Unconventional Veteran transitioning counseling, a pro bono service that coaches service members and veterans to pursue their passions as they return to civilian life. His goal is to turn his company into a 501(c)(3) non-profit so he can help more service members “find their passion and purpose” in life.

“Unconventional Veteran is a way of helping veterans prepare for transition before they actually have to transition,” he explains. “A lot of folks wait until their transition briefings at the end of their career to prepare, but some people’s careers end before they expect. If you’re just serving and focusing on the mission at all times and not doing the right things – managing your money correctly, saving, going to school and getting an education related to what you want to do after the military, you are going to have a hard time when you transition.”

Edwards’ own military career took an unexpected detour in 2014 when the Air Force offered early retirement to service members with 15 to 20 years of service. Because Edwards’ preparation for his post-military career began shortly after he entered the Air Force in 1998 as a surgical operations manager, he was able to take advantage of the Air Force’s Temporary Early Release Authority, which netted him a retirement paycheck equal to nearly 39 percent of base pay after less than 16 years of service.

While in the Air Force, Edwards earned both a bachelor’s degree and master’s degree in business administration from National Louis University in Chicago. He also saved for retirement in the Thrift Savings Plan and a Roth IRA and accumulated no debt. By building his post-military resume and saving for the future while on active duty, Edwards was following a different path than most of his peers. He says too many service members enter the military without a “game plan” for life after military service.

Whether someone serves four years, 10 years or 20 years, Edwards suggests they need to use their time outside of military working hours to obtain the education and training necessary “to get them to where they want to be in life.”

“If you have the mindset of a traditional service member, it’s a good mindset for completing the mission and serving the country,” Edwards explains. “But an unconventional veteran mindset is realizing you have your military life and your civilian life, but at the end of the day, it is just life. You shouldn’t put up a big wall between the two.”

Edwards’ goal-setting and planning for the future while in the military has enabled him to pursue entrepreneurship as a military retiree, launching Unconventional Veteran and Veteran Nomads, a side project he hopes will “empower veterans to travel on their own terms and see the world.”

An Air Force brat who was born in the Azores, raised in England and attended high school in Germany, Edwards’ passion for travel and a nomadic lifestyle can be traced to his childhood. He credits his travels to Thailand, Bali and Japan after leaving military service with putting him on the road to recovery from depression and PTSD. He urges fellow veterans to explore the world.

“I think travel saved my life,” Edwards states. “Travel for me is therapeutic. You have to focus on your new surroundings. You have to go out and meet and interact with people. You see people going through things in their lives, people who are far less fortunate or far worse off than you. It helps bring things back into perspective.”

While Edwards is able to work on his projects remotely, he knows not everyone’s job enables them to be a digital nomad, working on a laptop away from a permanent brick-and-mortar location. However, he believes all veterans can allow passion to rule their job search or – at a minimum – fill their free time through volunteer work or hobbies.

“I think the biggest disservice veterans can do to themselves after serving is going into something they aren’t passionate about and they are looking back at the military as their glory years, not realizing you can go on and do many great things after serving that can be very fulfilling,” he says.

He suggests finding your passion can be as simple as asking yourself: What would I do with my time if I didn’t have to derive any income? What kinds of things recharge my batteries?

To learn more about Edwards and Unconventional Veteran, go to https://www.facebook.com/mrbernardedwards or www.unconventionalveteran.com.