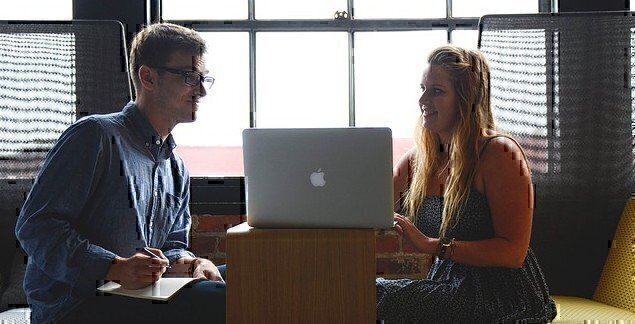 Over the years, G.I. Jobs magazine has featured the success stories of thousands of post-9/11 veterans. We compiled the best tips and a few words of advice from recent veterans who have made it in the civilian world.

Mark Abbott, a former Marine employed as a Cable Technician for Comcast, suggests veterans using the GI Bill to find their way into civilian life. He says to “take the pressure off yourself and use school as a way to find your path to work.” He says he had many bad days leading up to his life at Comcast, but advises veterans to “embrace your bad days and lean in.”

As a former Air Force “first shirt,” Chris Juarez knows how to take care of people. Today, he’s the healthcare/benefits supervisor for Caterpillar. His best advice is to understand how your skill sets translate into the civilian workforce. Being a first shirt is about managing people – in the civilian world that translates to human resource management. Also, give yourself credit for the things you’ve accomplished. “We are trained not to brag about ourselves in the military. However, you have to tell your story in a resume and in person to get the job.”

Thad Airhart is a former Marine now employed at TQL as an operational sales specialist. He suggests looking beyond the Internet. “From my limited time as a civilian I found that most online resources, at the time, were not very military friendly,” says Airhart. He advises, “The very best resource that comes to mind was the TAP/TAMP classes that are mandatory before being separated. Also, consider your resume as a living, breathing document and keep improving it as often as necessary. Reach out to veteran programs and never settle for a job. Keep searching for your career.”

Josh Tredinnick is a former soldier who is now working as a veterans recruiter for CACI. He recommends getting a head start on understanding your skills. “It is never too early to start working on your resume. Your resume needs to provide detailed and straightforward information about your experience and how it relates to each position that you apply for.”

Kurt Soucy, a former sailor now employed by CINTAS as a supervisor, contacted an employment placement firm for help in finding that perfect job. “I didn’t know what I was qualified for or how being on a nuclear sub translated into civilian workplace,” he says. “I let the experts handle it. I told them what I liked to do and they did found the job for me. It was simple.”

Ronalee Balog is a former soldier now employed in the Junior Officer Leadership Program (JOLP) at GE’s Oil and Gas Division. She believes it’s all in your outlook. “Try to maintain a positive attitude about the transition. Also, reach out to transitioned veterans. Most will give you the help you need.” Balog encourages veterans to reach out to prior service members working within each company you’re interested in to find out more about the industry and work culture. Fellow veterans were very helpful and responded quickly to her.