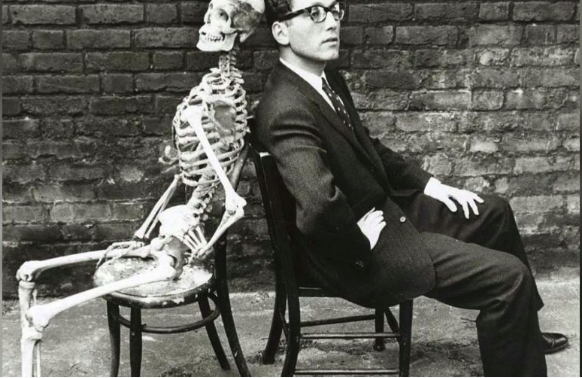 Before he became one of musical comedy’s darkest satirists, musician Tom Lehrer served in the U.S. Army. The brilliant mathematician was an enlisted draftee from 1955-1957, serving at the National Security Agency.

He stood out from all the other enlisted troops. Specialist Third Class Tom Lehrer had a Master’s degree from Harvard at a time when his fellow enlisted troops barely had a high school education. He also had a hit record, one he self-published around Harvard but would become a nationwide hit.

Lehrer even wrote a submission for the Army song that talks about picking up cigarette butts, officers who can’t spell, bad food, and junior enlisted shenanigans.

What he did have in common with his brothers in arms was a fondness for having a few drinks at a party. But the party in question was on a naval base in Washington, D.C. — and no alcoholic beverages were allowed.

So he and a friend went right to work before the big day.

“We wanted to have a little party, so this friend and I spent an evening experimenting with Jell-O. It wasn’t a beverage…” he told San Francisco Weekly, “…so we went over to her apartment and we made all these little cups…”

After a few experiments with gin and vodka and number of different Jell-O flavors, they found that vodka and orange Jell-O worked best.

I wonder what the now 89-year-old Lehrer would think about smuggling alcohol in with mouthwash bottles and food coloring.

Incidentally, Lehrer’s record, a 10-inch LP titled “Songs by Tom Lehrer,” was a dark comedy album, but is considered by many to be one of the most influential of all time. He wrote songs about a Russian mathematician, the periodic table, and Christmas commercialism just to name a few.

Sneaking in booze was never so brilliant. Or delicious.

In all, Lehrer released 11 albums, with great titles like “An Evening Wasted with Tom Lehrer” and “The Remains of Tom Lehrer.” He even wrote a song for the Air Force’s Strategic Air Command for the 1963 film “A Gathering of Eagles.”