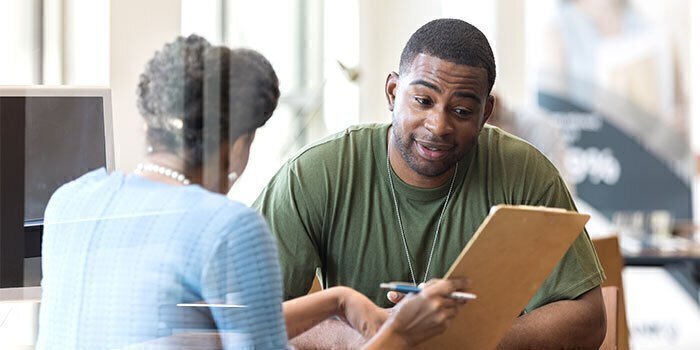 The glorious Post 9-11 GI Bill: To its credit, it has helped over a million veterans pursue their passions with more than $30 billion of financial aid. But just how generous is the bill? How much of the tuition, living expenses and other miscellaneous costs does it cover? Does the college play a role in easing veteran student finances? Here’s the lowdown on the real value of education and other post  G.I. Bill benefits  from the veterans themselves.

On June 30, 2008, Chapter 33 (the Post-9/11 GI Bill) was signed into law by President George W. Bush. Six years later, with over $30 billion contributed to enriching the lives of the global war on terror veterans, the bill has become a byword for generosity. Advocates claim it has matched the noble and lofty ambitions of the original 1944 GI Bill, which enabled 7.8 million World War II veterans to participate in an education or training program. Another 2.4 million took advantage of the GI Bill’s home loan guaranty.

The Moment of Truth

There are news stories and government websites filled with facts, figures and praise about the Post-9/11 GI Bill benefits, but just how potent is the bill in practice? Is it worthy of its fervent praise of enabling our heroes to soar to the zenith of their ambitions? Let’s find out…
1. Name: David Mendoza
Age: 30
Military background: Sergeant, Army (2005-2011)
Current Occupation: Full-time undergraduate student (B.S. Chemistry and Forensic Sciences senior) at Pace University, New York.
Goal: To practice medicine
The Iraq war veteran’s motto in life is simple: Plan ahead and reap the rewards. As a testament to the same, he shares some very interesting reasons on why he chose to study in Pace.

David Mendoza: Before I got into Pace I spent almost a year on research; finding out what I wanted to study, how I could build my application to study in med school, which schools would have the most robust Yellow Ribbon program and an active student veterans organization.

GI Jobs:  How expensive is your program?
David Mendoza: The tuition fee is about $38,000 for a year.

As you can tell that the sum total of benefits easily exceeds the tuition fee. It’s all because of Pace’s prodigious contribution toward the Yellow Ribbon Program. I couldn’t have had the same advantage with New York University or Columbia University. Their contribution of less than $9,000 per student wouldn’t have been enough to cover my tuition fee.

GI Jobs: What about additional costs for living and books. Living in New York must be very expensive!
David Mendoza: That is true. But that’s also one of the reasons why I chose to study in Pace. You see, the living allowance is determined based on the ZIP code of your school. Since New York is the second most expensive state to live in the U.S., I’m entitled to the maximum benefit of $3,200 per month. In August 2014 this amount will be hiked to an all-time high of $3,800 per month! For books, the bill provides an ample $1,000 for a year.

GI Jobs:  Your advice for fellow veterans eager to study?
David Mendoza: I believe you need to have a plan. A year out from your departure from the military you should decide on where you are going to be. If you want to use the full potential of the GI Bill, it’s important to decide the school based on the ZIP code and the living allowance for that ZIP code. A New York college offered me the maximum benefits and hence a most comfortable stay. I couldn’t have had those benefits in Texas or North Carolina.

GI Jobs:  Why choose Alliant?
Alexandra Pestereanu: Well, it was simple enough for me. Psy D is a very practical, hands-on program as opposed to research-oriented Ph.D. Alliant was the only university to offer a Psy D in the city. Plus, I have to mention, the support veterans get from the school is just amazing. Veterans can also benefit immensely from the work-study programs here that are federally funded.

G.I. Jobs: Do you have to pay anything out of pocket at all?
Alexandra Pestereanu: Well, not for the tuition. But books certainly. Maybe $300 or less even with the $1,000 benefit that I’m entitled to. Perhaps it’s because there are more books you’re required to read at a doctorate level.

GI Jobs:  Columbia’s Ivy League, but was that the only reason why you applied?
Albert Chang: Well, the school’s earned its reputation because it affords such an intellectually charged atmosphere – you feel challenged, you feel stimulated to do your best.

GI Jobs:  An Ivy League does sound intimidating, not just because of its highly competitive environment, but also because it’s very pricey. How did you manage the expenses?

Albert Chang: Based on my service, I did qualify for 100 percent coverage with the Post-9/11 GI Bill and Yellow Ribbon. That did ease the financial strain immensely.

I really didn’t have to pay anything out of my pocket thanks to the generous Post-9/11 GI Bill benefits and the Yellow Ribbon.

GI Jobs: Living expenses, books – how do you manage those?
Albert Chang: Well, since I am in New York, I am entitled to $3,200. Books are again $1,000 per year. So it’s been my good fortune that I have been able to live by the benefits and not depend on my savings.

GI Jobs: What do you like the most about your program?
Albert Chang: There are a lot of veterans, so I feel absolutely comfortable here. Plus, the academic support staff is better-equipped to take care of veterans’ needs.

GI Jobs:  You have had a long association with Alliant: first you pursued your bachelor’s in communication and now you’re close to finishing your master’s program. Why are you so loyal to Alliant?
Raul Alcantara: I had high ambitions to pursue both my bachelor’s and master’s degree one after the other without a break. Alliant worked brilliantly for me in that regard. Their quality of education was supreme and kept me motivated to study. Not only that, but the tuition fee was affordable, too, so much so that I could use the GI Bill benefits to support both my undergraduate and post graduate programs.

GI Jobs:  Can you tell us more about your clever strategy?
Raul Alcantara: Well, I was a transfer student from Grossmont College in California with an associate degree in communications. When I joined Alliant, I was required to take up to only 60 credits since I had finished 60 at Grossmont. The Post-9/11 GI Bill helped me pay for those credits in Alliant in addition to the last two semesters at Grossmont. Anyway, even after paying for the undergraduate degree I hadn’t exhausted the benefits of the GI Bill and could use it to cover my MBA program as well.

GI Jobs:  Why did you choose Columbia?
Adam Korzeniewski: I wanted to study in the best school, also ensure my concepts were sound. Also, Columbia has an excellent veterans support structure led, organized, and created by the veterans themselves, for the veterans. Even though the cost of attendance is high, with the brand of Columbia University behind my name I have been able to get opportunities with the crème de la crème of the corporate world.

GI Jobs: : How do you find the computer science program?
Adam Korzeniewski: It’s very rigorous and possibly one of the most challenging in the nation.

GI Jobs: : Let’s talk about the tuition.
Adam Korzeniewski: Yes, well I qualify for 100 percent coverage under the Post-9/11 GI Bill and the Yellow Ribbon.

Well, the sum total of the tuition benefits is less than the annual tuition fee. So for the difference of $1,090, I do have to take private loans. There are also many scholarships available for veterans, so I could possibly take advantage of those.

GI Jobs: So, are there any other additional expenses?
Adam Korzeniewski: Yes. In order to be a full-time student in Columbia, you do need to have healthcare. I am a disabled veteran so I do get some benefits from Veterans Affairs, but that’s not sufficient. So that’s one of the expenses.

GI Jobs: What about living in New York?
Adam Korzeniewski: Well, the monthly allowance of $3,200 is ample for the school term. But when there’s a break I do have a problem. For example, in January during winter break, when I wasn’t in school, I was only entitled to half of the monthly housing allowance: $1,600. This was hardly substantial to cover the high living costs in a place like New York. You need to understand it’s easy to get by during summer break either by taking classes or working. But during winter it’s a huge problem to find jobs. Paying for living expenses during winter from your own pocket is a grave financial burden.

GI Jobs: Is there advice you’d like to share with fellow veterans planning to study at Columbia?
Adam Korzeniewski: They should do their research, be prepared for the academic challenge and know that all the hard work will pay off when they land their dream jobs. Also, I want them to be aware that right now, the Yellow Ribbon program in Columbia hasn’t been extended to the School of Engineering and Applied Sciences. The student veterans’ body, Columbia MILVETS, is petitioning for the same.