The 7 People You Meet in Basic Training 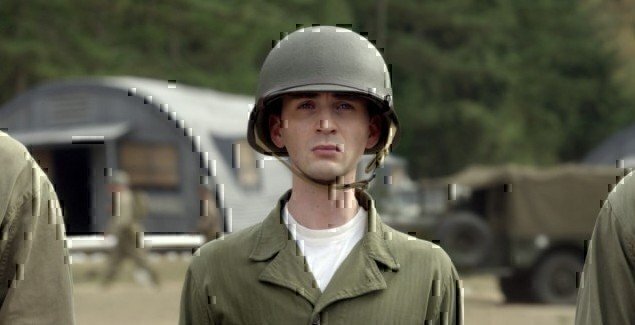 Congratulations, you’ve just become a parent. In order to survive basic training, you must now not only cover your own ass, but watch out for this guy’s as well. Because if you don’t, your platoon is going to get slapped with mass punishment, and no one wants that. Bryan somehow managed to make it through his young life without developing skills of any kind. He’s the kind of guy who hesitates when you ask him how to spell his own name.

You will watch him struggle to make his bed with his gangly 18-year-old arms and be torn between the desire to help him or to strangle him with his own sheets. But you will help Bryan, because he needs you. And because if you don’t, he will forget his kit, wear white socks to inspection, and make your life a living hell. And who knows, maybe after a few days he’ll start to pick up on things. Totally kidding — you’re probably  stuck with this kid for the long haul.

Something Bryan might say: “Hey … hey guys? Can somebody show me how to shave?”

The antithesis of Baby-Faced Bryan, Renaissance Richard is a super-smart, talented, and accomplished guy. Unfortunately for you, this also makes him a bit of an annoying a–hole. Richard is usually around 30, and he won’t let you forget how he managed to be the valedictorian at his private college, build his own house, and become a brain surgeon in the time between high school graduation and now.

Richard can do anything — except keep his mouth shut. He’s the guy who makes a big show of “helping” recruits, and letting everyone know how he would do something. No one asked you, Richard. He’s also notorious for crashing your conversations so he can chime in on things like his opinions on Syria, when all you were discussing is what’s for dinner. Rich is a fine recruit, but your drill sergeant will hate him. Why? The same reason you do: he’s a pretentious a–hole. Nobody wants to work with someone who can’t accept rank and needs his ego stroked.

Something Richard might say: “Sure it would be interesting to invade Easter Island, but you need to consider the political ramifications … ”

The Dreamer has wanted to join the military since he first saw “Saving Private Ryan” at an elementary school sleepover. He dreams of not only becoming a great soldier, but the greatest soldier America — and the world — has ever seen. Just a teenager, he’s the guy who gets too distracted by his daydream of running through battle in slow-motion to shine his shoes, and can be heard quoting “Top Gun” and “Band of Brothers” in the DFAC.

The Dreamer’s all talk, and has no real-world experience when it comes to surviving anything more than a Hot Pocket shortage. Because of this, he will often take on tasks that are way too much for him to handle, bringing down your drill sergeant’s wrath on all of you when he fails. Think of him as Baby-Faced Bryan’s annoying half-brother. Eventually he should focus a little more on the task at hand instead of his “military destiny,” but until then you’ll just have to tune him out.

Steve’s a little older than some of the guys in basic training, but you’re never positive what this dude’s age is — and that’s just the way Steve likes it. When pressed about his past, his stories never quite match up, leaving you wondering just what is true (hold up, did he say that he was a parole officer, or was he talking about his own parole?).

You don’t know him at all, but he just seems like the type of guy who decided to enlist because his meth ring went south. One thing you do know for sure is the fact that any outing with Steve quickly devolves into “Hangover”-level catastrophe, so you better steer clear of that. He’s not a bad trainee. And he’s probably not a bad guy — but he’s got your drill sergeant keeping an eye on him, so you probably should too.

This salt and pepper recruit may not actually be that old by civilian standards, but 34 is pretty ancient in basic. And since it took a colonel to approve his age waiver, maybe he should have just stayed home and played Risk instead. Whether he enlisted because the Army’s his last chance to retire before 65 or because of a mid-life crisis is anyone’s guess, but don’t write this guy off right away.

The Old Dude is usually in surprisingly great shape, and that’s because he’s old school. While most of the recruits in their twenties have spent their pre-military lives playing Call of Duty and chowing down on Flamin’ Hot Cheetos, he’s been downing raw eggs for breakfast and running five miles a day. Also, The Old Dude has lived a lot longer than you — he’s seen things, and he’s wiser for it. When you need some advice or perspective on life, he’s the person you’ll want to turn to.

Garret is a simple man. He joined the military because it allowed him to pursue his three passions: shooting, chewing dip, and spitting. Garret does not know that tobacco isn’t allowed in basic. He is furious when he finds out. Garret barely managed to complete his GED, and it shows. You are not confident that he can spell America, and are terrified of the day this neanderthal gets his hands on an automatic weapon.

To your surprise, however, Garret is actually kind of a genius when it comes to weapons. He can disassemble and reassemble his weapon with his eyes closed. He can tell you every part of his rifle and how it works, and help you with your own. Your rifle will never shine quite like his does. He is a weapons savant, and you start to wonder if there’s more to Garret than meets the eye. Trust us, there isn’t. He’s the best mark in the platoon because he spent his childhood shooting mice and raccoons behind a trailer park, not because he’s the chosen one.

This guy. This guy is the absolute worst. If you could combine a weasel and that stoner kid from your Spanish class who would constantly beg you for test answers, you’d have something close to a Blue Falcon. The Blue Falcon of your platoon is lazy, disloyal, and just a textbook pain in the ass. Can’t find your extra pair of socks? Did part of someone’s kit go missing? Check the Blue Falcon’s nest. And God forbid you screw up in front of this guy — he’ll rat you out to your drill sergeant faster than you’ll know what’s happening.

The Blue Falcon’s sneaky, so it sometimes takes a while to know who yours will be. But every unit has one, and they will become the bane of your existence.

Something The Blue Falcon would say: “First sergeant, first sergeant! Private Snuffy is … ”