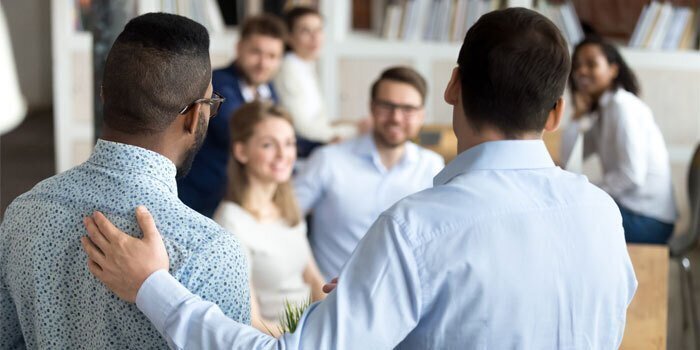 Have you been frustrated in your search for a job so far? Maybe you’ve transitioned already and are still looking for a job. Maybe you’ve been looking around in preparation for an upcoming transition, but nothing seems to be available. Maybe you have a job locked down, but are looking for a better place. Whatever your case may be, the new year offers a lot of new promise for job-seekers. Here’s why, and how to take advantage of it.

Companies turn over a new budget in the new year. Ever heard of a “fiscal year?” Companies large and small operate within this concept. For some, like the U.S. military, the fiscal year turns over at the end of September. For most others, the fiscal year is tied to the calendar year. It really is up to the company and the people who provide the money. In any case, however, a new year means new sales projections, new operating budgets, the kickoff of new programs (and the revamping or cutting of others), and usually a review of the company’s structure, organization and goals.

This often means companies get the “green light” to hire after the new year. They’ve determined what new jobs they need, added compensation for those jobs into their budget, and are looking to begin the interview process. You can take advantage of this by watching for new postings on job advertisement aggregators like USAjobs.com or Indeed.com, both of which allow you to search by keyword (e.g. “communications” or “leader”) or by location. Also, if there are companies in which you’re particularly interested, they often have job postings on a “career” section of their own web page. A good place to start if you’re looking for employers who seek military veterans is this list of Military Friendly Employers.

Performance reviews are completed each year. Most companies have a policy of reviewing employees every year. This means that at the new year, they’ve reviewed (theoretically) every employee pretty recently, and maybe cut some people loose. In reality, many companies only actually review the employees they want to get rid of, because reviews take time and what’s most important to supervisors is usually trimming dead weight. But whether a company reviews everyone, or just their problem children, the new year opens up spots for you.

This may be when you get a call from a company to which you applied months ago. So don’t be surprised if it comes! It just means that someone liked what they saw on your resume, and waited until they had an open roster space to offer you. Some veterans take an attitude, like “Well, I’ve waited long enough!” That kind of response, however, is likely to strike your potential employer as exactly the attitude they want to avoid. Instead, position yourself as grateful for the opportunity, eager to contribute to the company, and ready to get to work. That makes life easy on the supervisor trying to hire you – he/she will tell upper management, “We got rid of this employee who caused us problems, but I’ve got this great candidate ready to step in!”

Also, it doesn’t hurt to do your own new year “review” of where you’ve applied. Calling now to inquire after your application reminds potential employers that you’re still out there – and if they’re looking at a stack of applications or resumes wondering where to begin, your call solves a problem for them. If your submission looks OK to them, they can offer you the job and move on to whatever else they’ve got going on.

Human resources is available for hiring again. At the end of the old year, human resources departments have a lot to do. They have to process the performance reviews (most of which probably came in late and just under the wire, because let’s face it, everybody procrastinates), audit their records to make sure all employees have the correct training and documentation, close out insurance and other personnel issues for the accountants (see “fiscal year concept” above), and deal with holiday vacations and holiday pay for the workforce. It’s a busy time for them, and seeking out candidates and/or conducting interviews slides to the bottom of the priority list. But when a new year comes around, they can come back after their break and start tackling issues like filling open jobs – which is right where you want to catch them. This is where calling about a previously submitted application or resume comes in handy.

All in all, the new year presents opportunities for job seekers. For most companies, it’s a race to the new year: close out the books, outstanding orders and personnel issues. Don’t forget that employers have vacations and family obligations of their own for the holiday period! So if you haven’t heard anything for the past month or so, don’t take it personally. Chalk it up to the fact that everyone is too busy to spend time on something that might happen, like a new hire. But now that it’s a new year? Now is when to aggressively re-engage the job search.