7 Character Traits To Avoid As A Civilian Employee 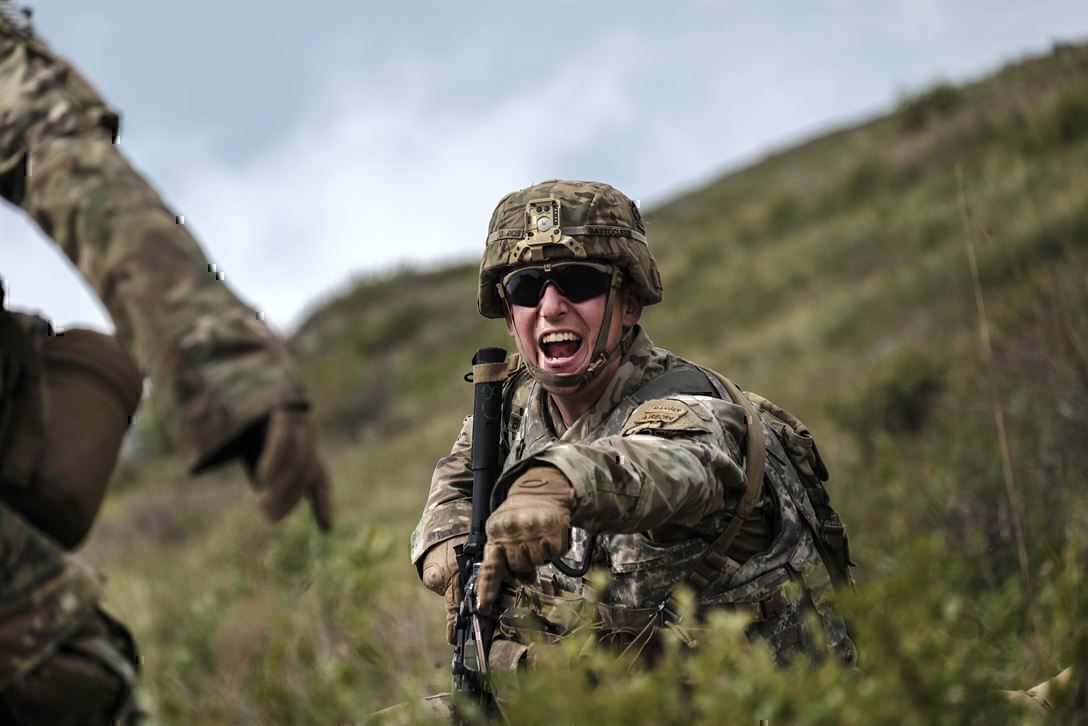 You’ve scored your new job and are getting ready for the civilian workplace. You may be conscious of expectations others have for you as a veteran – your boss and your peers. Sometimes those expectations drive veteran employees to bad workplace behavior … but you can avoid that if you make sure not to develop the following bad habits:

1. Being late to work, or extending breaks.

This seems like a no-brainer, and in fact most new employees (perhaps especially veteran employees) are usually very reliable. But while you might stop feeling like a “new” employee after a few weeks, your supervisor and/or manager will see you that way for several years, at least – especially if other employees have been with the company for a long time. And it’s after those first few weeks that new employees show themselves as chronically tardy, or eager to go on break but slow to return.

There are several factors to this. First, the novelty of the new job has worn off and you might start finding the work monotonous (or overwhelming). Second, you may have gained the experience to be good at the tasks you’ve been given, but you may not yet fully see all the other things going on around the workplace that you could tackle with your growing available time.

Third, as a veteran you may be used to close supervision and immediate consequences to slacking off, which you won’t necessarily find in the civilian world. But just because civilians are less aggressive about telling you that you’re wrong does not mean they won’t fire you for it.

In all likelihood, your new employer hired you (a veteran) because he/she expected you to work hard and be reliable. Once you start cutting corners, then you’ve destroyed your credibility – something that will extend to any tangible qualifications you have for your job.

2. Being a know-it-all or being overly aggressive.

Veterans come with a lot of confidence, most of the time. And you may have the “message to Garcia” attitude that you will figure out how to do whatever you’re asked, no matter what. That’s motivating, of course, but it’s also off-putting to your boss.

He/she may hear phrases like, “Don’t worry, I can figure it out,” and “I got this, no problem” as indications that you’re not listening to instructions. If your workplace is industrial in nature, that may put lives at risk when you’re operating certain machinery; if your new work is in an office, that may put company databases or customer relationships at risk.

Your selling point as a veteran is that you have integrity, that you handle adversity well, and that you’re dedicated and reliable. The motivation valued by your drill sergeants or instructors will make most civilians uncomfortable. To them, “good initiative, bad judgment” is not so much a sign of potential as a a sign of potential risk.

You can show initiative, of course: that’s a good thing. Just make sure you run your ideas by your bosses first, and be sure to listen humbly to their feedback. Also, make sure you listen to their instructions and advice when they offer it. It will keep you out of trouble and will make them like you even more (because who doesn’t like it when others listen?).

Most employers offer benefits because they realize, even vaguely, that employees who feel like they matter to the company are much better contributors. Much like holidays and leave when you were in the military, the benefits are designed to make you healthier – mentally, emotionally and physically – so you enjoy life more and bring more to the workplace. Unfortunately, there are many stories of employees who abuse benefits.

Certainly nobody expects veterans to be dishonest. But there are other, more insidious ways to abuse benefits. For example, if your company has a weather call-in policy where employees who can’t make it to work during a snowstorm can call in and receive an excused absence, don’t yell “snow day!” when you first see the newly white world outside your bedroom window.

If your company has a bereavement policy, don’t use every acquaintance’s death for a free day off. And don’t schedule your doctor’s appointments during work, if you can help it. Your co-workers will resent you for making them pick up your slack if you’re absent a lot.

A particularly common form of benefits abuse is getting hurt. Some employees seem to get injured a lot, and then milk their injury for as long as possible. Part of being reliable is, you know, actually being on the job – which you can’t do if you don’t take the time to watch out for yourself both at the workplace and in your private life. And the money companies spend on workman’s compensation could be better spent on raises, which the other employees know too well.

4. Causing drama. The last thing supervisors and bosses want to deal with is workplace drama. Generally they have their plates full with production, or sales goals, or customer requirements which actually add value to the company. Drama just makes everybody’s work a little worse, and takes up valuable time. You might cause drama by acting superior because you are a veteran (yes, it happens).

You might cause drama by upsetting your co-workers when you try to “take charge” of them (yes, it happens). You might cause drama because you just don’t like a fellow co-worker. And if someone else causes drama because they don’t like you, remember that blame usually attaches to the newest employee. Just remember you are part of a new team in your new work, and it’s a good idea to assume the attitude that you’re a boot again.

Your employer may have told you how excited he/she is to have a veteran go-getter in the workplace, someone with real “can-do attitude” who can can inject some new life into the team. That’s probably true, of course – it’s a reputation that veterans enjoy in the civilian hiring market. But you can bet that he/she is not giving you free rein to start criticizing the company’s policies and procedures, and offering a bunch of your own ideas on how to do things better.

In all likelihood, whatever ideas you come up with won’t work as well as you think, because it is your boss who has the greater experience and who knows the business better (whatever it is). And you should remember how irritating it is to have some boot show up to your unit and trash all the work you’re doing.

If you were hired as a go-getter, it’s much more likely that your employer wants you to learn your job within the established way of doing things, and to make it better not by replacing it, but by making it more efficient. And that’s something you can only do with significant experience, not as a hot-shot former military member.

There is a certain set of employees who are constantly looking for better jobs within the workplace. They constantly ask to be put in different positions, or to work in different areas of the company, or to change teams. These are always problem employees who either don’t get along with their co-workers or who aren’t interested in doing work so much as finding the minimum amount of work to guarantee employment.

New employees especially are sort of just expected to buckle down and put in their time. So don’t expect to get tried out all over the company, and don’t ask to move more than once. Letting your boss know you’re interested in something else is good, but you should always promise in the same breath that you’re willing to keep working at your current assignment. After that, only during your performance review should you ask about moving to other work.

For a veteran, reared in an environment where promotions come along every several years, it may be hard to comprehend a workplace where you will literally do the same job for many years. But civilian companies, especially small- to mid-sized ones, do not often have vacancies the next rank up – and depending on the work, the thought of “promoting” a new employee with only a couple years’ experience is ridiculous.

You will usually get a raise every year, and if you perform well you may quickly become the best at your job, but asking for promotions is a good way to get supervisors to see you as a competitor, not as a worker. It also may make you look entitled. If you truly believe you are suited to be a team leader, ask for the opportunity during your performance review. Otherwise, don’t ask at all.

READ NEXT: LAUNCH A POST-MILITARY PERSONAL BRAND WITH SOCIAL NETWORKING