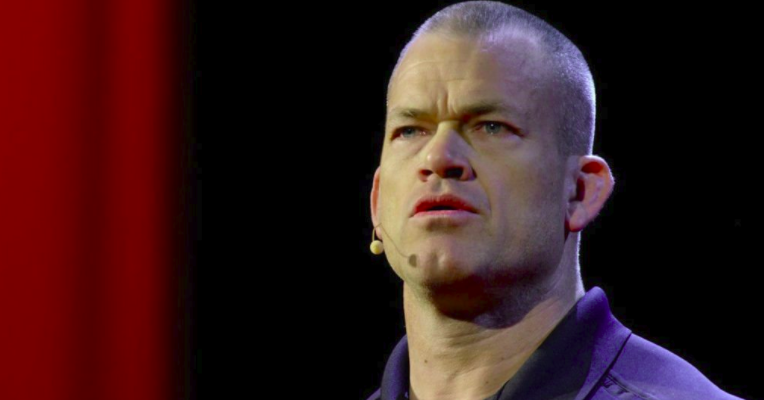 As commander of US Navy SEAL Team 3’s “Task Unit Bruiser,” the most highly decorated special-operations unit of the Iraq War, Jocko Willink learned what it takes to lead people in incredibly dangerous and complex situations.

The mantra that Willink instilled into his men was “Discipline Equals Freedom,” and it’s the idea that with structure and a strict dedication to it, one can act with more efficiency and freedom.

It’s also the title of his new book, a “field manual” highlighting the core concepts and routines Willink has previously explored on his hit podcast and in his leadership consulting company Echelon Front, which he runs with Leif Babin, one of his former platoon leaders.

Business Insider asked Willink to share some simple habits anyone could adopt in the next 24 hours that could build discipline for the benefit of their well-being, health, and career.

As he writes in the 2015 book “Extreme Ownership,” cowritten with Babin, Willink noticed as a new SEAL that the highest performers he served with were the ones who woke up earliest, beginning their days while others were sleeping. Willink quickly adopted the habit and has long had his alarm set to 4:30 a.m.

“That nice, soft pillow, and the warm blanket, and it’s all comfortable and no one wants to leave that comfort — but if you can wake up early in the morning, get a head start on everyone else that’s still sleeping, get productive time doing things that you need to do — that’s a huge piece to moving your life forward,” Willink said. “And so get up early. I know it’s hard. I don’t care. Do it anyways.”

Willink clarified that he’s not asking people to run on just a few hours of sleep each day. Everyone needs different amounts of sleep to feel well rested and energized for the next day, he said, and if you’re someone who needs eight hours of sleep, then simply start going to bed earlier. And don’t sleep in on the weekends, he said, or else you’ll ruin any progress you’ve made optimizing your schedule.

As soon as Willink wakes up, he heads to the home gym he built in his garage. And even if you don’t want to try one of the workout routines in the “Discipline Equals Freedom: Field Manual,” you should do some form of exercise, Willink said.

“Just do some kind of workout,” he said. “Doesn’t matter if it’s going for a walk around the block, going for a jog, doing some calisthenics, lifting weights, going to a pool and swimming — you name it. But do something that gets your blood flowing and gets your mind in the game.”

The biggest obstacle for people developing workout routines is putting in extra effort to make them work. To make it easier on yourself, Willink said, prepare your workout gear at night so that you can throw it on as soon as you slide out of bed.

3. Finish making tomorrow’s to-do list before you go to bed.

As a SEAL, Willink developed a habit of kicking off his day by moving, not thinking. The way he sees it, you’re defeating the purpose of waking up early if you gradually shake off your lethargy and plan out your day over a cup of coffee. Go ahead and drink some coffee, but go work out instead.

“Don’t think in the morning,” Willink said. “That’s a big mistake that people make. They wake up in the morning and they start thinking. Don’t think. Just execute the plan. The plan is the alarm clock goes off, you get up, you go work out. Get some.”

To facilitate this, make tomorrow’s to-do list tonight. You already know what you have to accomplish tomorrow, and you’re better off planning your day out quickly and efficiently.

2. Make use of extra-short power naps.

Willink said a napping habit he borrowed from one of his high-school teachers came in handy during SEAL training and on patrol.

Willink made a habit of getting on the ground with his legs elevated either on a bed or on his rucksack, setting his alarm for just 6 to 8 minutes. As a SEAL, his exhaustion would cause him to actually fall asleep, but even the extra rest is, surprisingly, quite effective.

As for elevating your legs, not only does it feel good, but Carmichael Training Systems notes that while a healthy body can circulate blood well against gravity, swelling of the feet and ankles from extracellular fluid can occur after extended periods of sitting, standing, or athletic activity, he said. Resting your legs above your head may alleviate this swelling and enhance your rest.

Also Read: 3 reasons you’re too much of a wuss to join this chick’s gym

Willink’s diet is primarily based on meat and vegetables, with very few carbohydrates, and while he doesn’t recommend you adopt his specific diet, he says anyone could benefit from discarding the habit of eating free food at the office.

He said that when people want to be nice, they’ll bring in some comfort food to their break rooms, but “they’re actually sabotaging the health of their coworkers.”

“We have food all around us all the time, and if we haven’t eaten for three hours we think we’re starving,” he said. “You’re not starving. Human beings can go for 30 days without food.”

Skip the free food and either get something healthy or skip snacking completely, he said.

This article was written by Richard Feloni for Business Insider

READ NEXT: 5 SPECIAL FORCES MENTAL EXERCISES TO TAKE ON ANY SITUATION