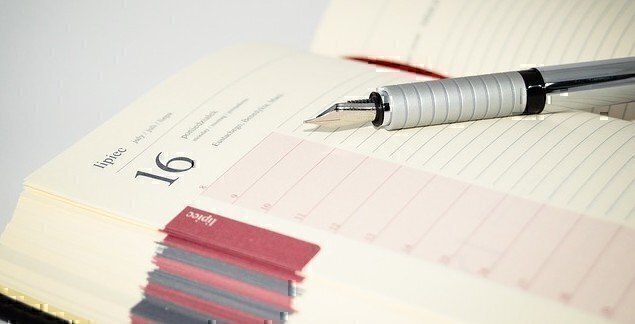 When you get a call for an interview, it may be after months of searching, or it may be for a job you really want. Perhaps in the excitement you’ll schedule the interview as soon as possible, or you’ll be so eager to please that you’ll agree to whatever time they suggest. However, research shows that the time and day of your interview, as well as your place in line relative to other candidates, affects your chance of being hired.

1. Don’t agree to interview unprepared. Sometimes you may have to interview unprepared, as when you just get asked by the employer, “Tell me about yourself.” However, interviewing when unprepared requires a specific technique. For formal interviews, you’ll need some time to learn about the company so you’re prepared to discuss company values, the details of the job posting and so on. If they ask you to interview tomorrow, at least ask for an extra day or two. Preparation is the single biggest factor in getting called back after an interview.

2. Don’t be the first to interview that day. Taking the early morning slot may make you look like a go-getter, but there’s no guarantee that your interviewer will be fully awake (or even on time). Also, a phenomenon known as “contrast bias” will make you the subconscious benchmark for all candidates who follow you, meaning you will never register above the benchmark. And that means you likely won’t be considered a standout candidate yourself.

3. Don’t be the last candidate to interview. How effective are you at the end of a day? If you’re like most people, you feel like your performance deteriorates as the day continues. This is called decision fatigue and causes people — like your interviewers — to become more cautious with their decisions as time goes on. The same thing has been researched in judges, who are less likely to grant parole or to be lenient as the work day progresses. You are less likely to be judged positively later in the day.

4. Aim for mid-morning if you can. You might have guessed that the sweet spot for an interview would be in the middle, and that’s sort of true. In addition to decision fatigue, there’s a thing called narrow bracketing, which in this case doesn’t refer to artillery or naval gunfire. It is the tendency of evaluators to be less likely to give positive ratings with each successive evaluation, apparently because they become more self-conscious of positive evaluations and begin avoiding them in an effort to achieve fairness. So the “sweet spot” is right after the interviewer has hit his or her stride during the day — usually between 9:00 and 10:00 in the morning — or as close to that as you can schedule.

5. These considerations apply for days of the week as well. Mondays (or the first day back after a long weekend) are bad days because most people feel as if they’re behind on their work, or are focused on what’s going on later in the week. Either way, they’re not focused on what’s in front of them, and if they’re interviewing you, that doesn’t bode well. In a similar way, Thursdays and Fridays tend to find people thinking about the weekend. And if you hit the interview after three days of similar interviews, you may experience decision fatigue and narrow bracketing even if you hit that optimal time slot.

Remember that a call for an interview means the company is interested in you. Therefore the job of the person who called you is to get you into that interview. That person may end up interviewing you, too, but ultimately they want to get you in the building first. So don’t be afraid to ask for an extra day or even the premier interview slot: Tuesday at 10 a.m. The worst they will tell you is no, and if you get a graveyard slot at least you’ll be able to prepare for it. But if you score the best slot? You’ll just have a better chance of landing the job!

READ NEXT: Job Interviews: How to Talk About Your Biggest Weakness