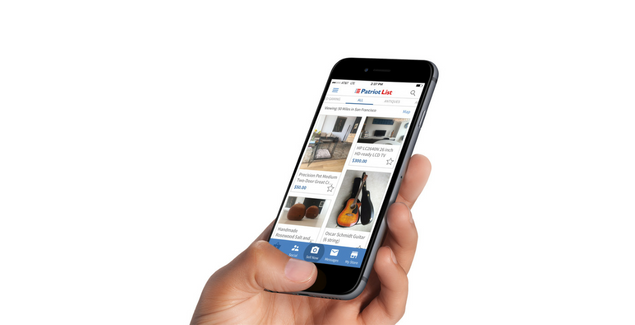 Colin Supko, CEO of PatriotList.US, didn’t set out to be a tech startup founder. Instead, the Lake Tahoe, Nevada, native felt most fulfilled leading men around the world as a Navy SEAL Commander. But one unexpected day in Iraq changed all of that.

In 2004, a year remembered in military circles for the ferocity of its fighting, Supko was deployed to the Iraqi city of Fallujah. One afternoon, a fellow warrior walked into the command center after a satellite phone call home. Visibly distraught, he informed Supko that his wife had been robbed at gunpoint while selling an old family car through an online classifieds site.

The moment prompted Supko to consider why there wasn’t a safer way for military families to buy and sell things.

“The last thing deployed service members should have to worry about is loved ones at home being robbed or scammed,” said Supko. “We launched PatriotList.US because we saw a tremendous opportunity to serve our nation’s 22 million military and veteran families by creating a safe peer-to-peer marketplace. ”

Fast forward to 2014, and Supko had earned a master’s degree in business management from Stanford’s Graduate School of Business, gotten married, and begun the grueling work of building the solution he’d dreamt up so many years before – all while continuing his military service. In early 2016, the PatriotList.US team ran a successful pilot program in southern California. Last month, the mobile app, which allows military and veteran families around the world to buy, sell, and trade exclusively with each other, finally emerged from stealth.

Supko says PatriotList.US offers a safe alternative to the shadowy world of online and mobile marketplaces.

“You or someone you know has probably been scammed, robbed, or stood up while trying to manage a transaction with a total stranger,” said Supko. “Our app provides a rating system that buyers and sellers can use to review the other person at the end of the transaction. This system ensures that if bad actors do emerge, they’re quickly eliminated from the marketplace.”

Importantly, he notes, the app is also simple to use.

“You can take a picture of what you want to sell, then upload it using the app in under 30 seconds,” Supko said. “Military spouses tend to sell things like ball gowns, furniture, and children’s toys, while active duty service members and veterans are more likely to post gear or gently used vehicles.”

Available on iOS and Android devices worldwide, the app uses an identity verification service that has access to government databases to ensure every user on the platform has a valid connection to the U.S. Department of Defense or Department of Veteran Affairs.

“Unlike the most commonly used marketplaces in the United States, where anonymity and safety concerns remain constant, there is trust and reliability inherent to our military and veteran communities,” said Supko. “Military and veteran families already keep faith with one another and prefer to do business with each other. We’re just making that easier.”

Communication between buyers and sellers is done through in-app messages, while payment options include PayPal, in-app escrow, and cash.

The company aims to become the safest local marketplace in the world.

Supko acknowledges that there are competitors in the military marketplace space, but believes that his team and company have what it takes to be successful.

“We’ve built the most secure and intuitive solution for military and veteran families looking to buy, sell, and trade safely,” said Supko. “Now, it’s about letting folks know we exist so we can start making a difference in the lives of those Patriots who sacrifice us all!”

To start buying, selling, and trading with other military and veteran families, please visit www.patriotlist.us and download the PatriotList.US app for Android and iOS devices.