Responsibilities and Accomplishments on Your Resume 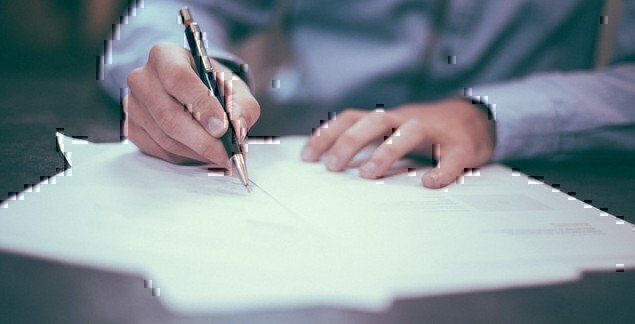 When writing a job description on your resume, you are supposed to list responsibilities and accomplishments.

But what is the difference? Is it better to show how important your previous job was, or list evidence of your performance at that job? Here’s a primer on these two separate elements, how to make them complement each other, and why you need to know the difference between them.
Responsibilities refer to things in your job description. They don’t count for much except as a way to inform employers about what you were supposed to do. It’s only important to include them so that a potential employer has an idea of the level of your previous jobs – whether you were an administrator, technician or supervisor.

One of the reasons responsibilities don’t count for much is because it’s easy to make them sound important. You might write that you were “responsible for XX millions of dollars of communication equipment” or that you were “responsible for tactically executing counterinsurgency missions.” Certainly to a civilian it sounds impressive. But it doesn’t really tell a potential employer what you did. How were you responsible? Did you catalogue the equipment, warehouse it, maintain it or use it? What does “tactically execute” even mean?

Faced with ambiguity, many employers will move on to a more familiar candidate rather than try to decipher your true job. This is especially true for military members, whose actual job description may not mean anything to civilians.

On a resume, you should make your responsibilities (if you list them separately, that is – more on that below) short and sweet. Think of them as a brief introduction to your accomplishments, which should paint a truer picture of your qualities as a job candidate.

Accomplishments. Accomplishments are the “meat and potatoes” of your resume. This is where employers look to see what kind of worker you are, the level of your initiative, and your potential to add value to a company. The trick is to make them easy to read (i.e., demilitarize them) but sufficiently detailed and concrete to impress anyone reading your resume.

Accomplishments should relate to responsibilities. You might have listed something like “watch-stander in an operations center” as a responsibility; your related accomplishments would be “I handled XX reports of contact with the enemy and ensured effective communication of all occurrences through thorough, standardized situation reports. I also helped develop a new system of battle tracking which was more intuitive and complete.”

This type of “itemized” accomplishments line can apply to nearly any military duty, and it makes your resume stand out for a couple of reasons. First, it’s concrete. Employers have a much better picture of what your work was like during that period. Second, it illustrates a variety of skills: in this specific example, the accomplishments indicate a candidate who can handle unexpected events, communicate effectively, and who helped improve the system. Finally, it invites questions – an employer reading those accomplishments may ask specifically how you received contact reports, or how you briefed the situation each time, or what specific improvements you made. This element of a resume segues naturally into an interview.

If you have accomplishments that don’t really relate to a responsibility, like participation in a sports league, volunteer duty, or some role you assumed on your own initiative, include those items on their own. For example, you “volunteered to instruct remedial training on weekends” or you were “selected to act as shop chief during two-week periods when the supervisor was on vacation.” Those accomplishments tell a more detailed story about you to an employer and invite questions in an interview, such as why you were selected for a leadership role and what you thought of it.