A Marine’s Reflection on Veterans Day 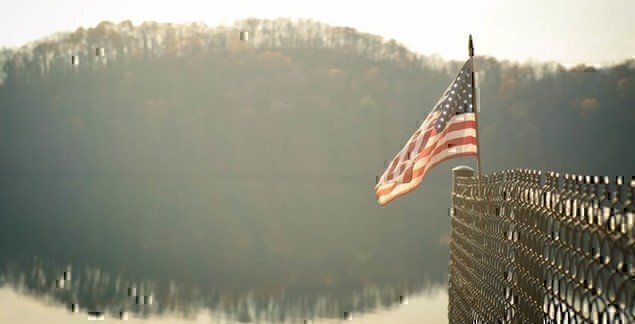 The 11th of November is recognized around the world as “Armistice Day,” and was first celebrated in 1918 at the cessation of the First World War. Since that day, the combatant nations have developed their own traditions about the day, the most common being a 2-minute silence observed at 11:00 AM (the eleventh hour) with the first minute dedicated to the 20 million people who died in the fighting and the second minute dedicated to those they left behind, specifically their families and friends (who were recognized also as victims of the war).

Instituted after our deadliest war, the Civil War, the final Monday in May is known as Memorial Day and is dedicated to all Americans who died in battle. Our Veteran’s Day, however, is meant to recognize not specifically those who died for our nation, but all those who stepped up to take that risk.

The importance of this holiday lies in the nature of our own democracy. Whereas colonial powers in the 18th century chiefly fought with professional armies and mercenaries, the nascent United States chose to ask its civilians to bear the hardships and risks of military service. The founding fathers reasoned that citizens, who were aware of their value to the state and invested in its continuance, would both best defend the country and prevent tyrants backed by professional armies from threatening their freedom. And so the idea of a citizen-soldier came into being.

We all contribute to our national defense mostly by paying taxes that finance our military. During the Second World War, we collected scrap metal, scrap rubber, and planted victory gardens. We may post social media statuses in support of our military, or advocate better care for those suffering the physical and emotional wounds of conflict, or put a supportive sticker on our car.

And those are great and appreciated acts, especially considering the many voices that vilely condemn and degrade our service members.

But what separates veterans from the rest of Americans is their oath to support and defend the constitution-and, by extension, both the people it represents and the institutions it created-even unto their own death.

Veterans willingly chose to give up inalienable rights for the sake of military discipline, to give up the comfort and safety of family, friends, and society, to practice and execute wildly dangerous tasks necessary for the defense of our nation. We risk our lives, not just in all the conflicts we’ve fought since the ceasefire in Compiègne, France in 1918, but in our daily existence: we train in all weather, risking heat stroke and hypothermia; we service and operate engines, pushing ground and air vehicles to the very edge of design capability; we practice using firearms and explosives. We also forego the luxury of leisurely self-discovery in our service of a higher cause, as well as suffer deployments which take us away from pur loved ones during holidays, birthdays, anniversaries, births, deaths, and all the other little life events that are markers for memories in a relationship.

For most Veterans, service was mostly enjoyable. It bestows confidence, meaningful achievement, strong friendships, and unforgettable experiences. But many Veterans also bear scars from their service. They remember comrades who died, or terrible hate in the faces of their enemies, or the price of a second’s neglect, perhaps on the trigger of a gun or in the cockpit of an airplane. That is often the price of military service, though it mostly gets little press or attention, and most Veterans bear such anguish stoically because they know they “signed up for it” and are unwilling to demean their sacrifice by making it the burden of another.

And finally, let us not forget that the privation and suffering of Veterans are shared by their families and friends, who are often left alone and bereft during deployments or training, and who do not have the military support structure of discipline and camaraderie. Service members’ families also receive far less emotional support from our society than military men and women. As they share the burden, so also should they share recognition on this day.

On November 11th, we remember that what Veterans-and those who love them-have done, what they have risked, is special to our country. It continually validates our democracy and our society, recognizing that our nation’s will is truly of the people and by the people. So for those people who take the risk imposed by their oath to defend this country, and who bear the burdens of military service, we (whether we are Veterans or not) offer our thanks and appreciation.

Thank you for your service.