The Top 6 Reasons Civilians Back Out of the Military 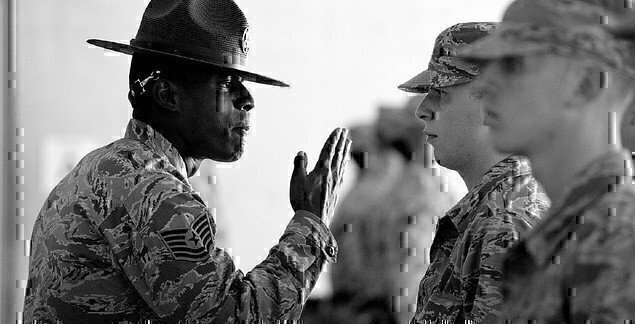 Anyone who’s ever served in uniform has probably heard someone say the immortal line: “I would have joined the military, but…”

Lots of civilians make a trip to the recruiter with an eye toward military service, full of patriotic zeal and martial courage. But many pull out at the last minute and give their friends and family some song and dance about why they couldn’t commit.

No matter what excuse they give you for not signing on the dotted line, here are six real reasons recruiters tell us people decide not to join.

2. Friends and family talk them out of it

“As soon as you finish tech school at Goodfellow, Boom! Captured by the Taliban. Is that what you want?”

Some occupations in the military are the most dangerous jobs in the world, but that doesn’t mean they will necessarily lead to death. The type of job and location of a recruit’s duty station will determine the risk that military personnel encounter. Approximately 80 percent of career fields in the military are non-combat related.

Still, some potential recruits are convinced their service will kill them.

3. They don’t want to leave a significant other

Being in a relationship while going through the process of enlisting is challenging. Getting married or having a child as a single parent may affect the process of enlistment and eligibility to serve. Some refuse to leave their partner behind and instead give up on a potential military career for love.

4. They enlist and sign a contract but don’t get their dream job

Everyone wants to be gangster, until there’s gangster poop to be burned. (Marine Corps photo by Lance Cpl. Kowshon Ye)

Open positions are based on the needs and manning of the particular service. In the Navy, (my expertise) most jobs do not have to be permanent. Changing jobs can be easy if there’s a new job open and you can meet the qualifications. The Army has a program where a service member can re-enlist and change his MOS. But for some people, not having the ideal job is non-negotiable, so they never enlist.

Recruiters have a duty and job to fill the needs of the military, but they are also responsible for building a connection with applicants. The relationship between a recruiter and a candidate is often seen as a reflection of what the service will be like, but that shouldn’t not be the only thing to consider. Still, a negative recruiting experience can discourage people from joining.

6. Some people just back out

That look tho. (photo by U.S. Army Recruiting)

The service is not for everyone and though the idea of joining seems attractive because of the honor, the uniform and the respect — it is a sacrifice. Some people may at some point feel they can make it but don’t. After weighing the pros and cons, people just change their mind.

>>>Continue reading at We Are the Mighty!