Racism in America Through the Eyes of a Black Veteran 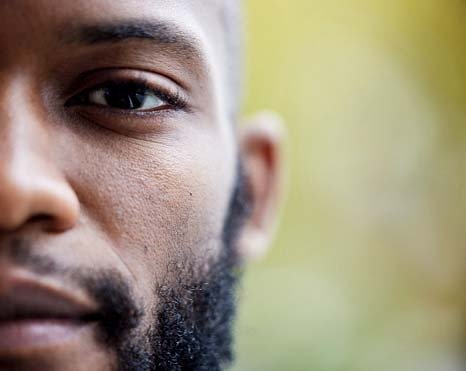 In the summer of 2020, I wrote an article for G.I. Jobs about racism in America and the dueling dualities that black veterans such as myself experience on a daily basis. At the time, our country was feeling the effects of the murders of Breonna Taylor and George Floyd.

Fast forward to 2022, and more names have been added to the growing list of black people killed by police, including Winston Smith, Daunte Wright and Fanta Bility, who was only 8 years old at the time of her death. There has been some progress with convictions in the murders of George Floyd, Ahmaud Arbery and Daunte Wright, but there has been no accountability in the murder of Breonna Taylor.

In the spirit of celebrating Black History Month, I wanted to update my original article. So, here’s a renewed glimpse into the dueling dualities of a black veteran.

You can also read the original article in the August 2020 G.I. Jobs Magazine issue, on the G.I. Jobs app. Scan the QR code on this link to download the GI Jobs app.

The Fight Within Never Stops

In 2020, I said that being a black veteran felt like an internal war. In 2022, that feeling has not subsided and depending on the situation, can be intensified. Walking the delicate tightrope of loving this country enough to possibly die in service while recognizing America’s imperfections is something I personally struggle with daily.

I do love this country for what it’s supposed to be for all, even when there are times that I don’t feel that love back. The duality of being a black veteran is that when I wore the uniform, I would be thanked for my service walking around a grocery store. But if I wear a hoodie and sweatpants in that same grocery store, I could be viewed very differently.

The Game Is Still Rigged: Structural and Systemic Racism in America

In the original article, I said that America has its own duality because of its economic promise and how it contrasts with America’s economic reality. Strides in economic equality have been made, and that shouldn’t be ignored. But disparities remain.

In the original piece, I referenced author and screenwriter Kimberly Latrice Jones, who broke down American economics using the game of Monopoly in a social media clip that went viral in the summer of 2020. In the clip, she mentions that black people were originally brought to America as property to build wealth for slave owners. She compares this to playing 400 rounds of Monopoly, except all the money made in those rounds goes to the opponent.

She then asked viewers to imagine playing 50 more rounds and finally getting a chance to build wealth, only for it to be dismantled by the opponent. She likened those 50 rounds to the Tulsa and Rosewood Massacres in the early 1920s, where two affluent communities of black people built independent wealth that was destroyed by angry mobs.

The duality of American economics is that despite the wealth that black people have been able to create, we are in a perpetual state of playing catch-up because of the lingering financial impact of slavery.

Racism in America in the 21st Century

When I wrote the original article, I said that the notion of racism being over is misconceived and gave a few examples that my wife and I had experienced. The gist of those experiences was centered around racial microaggressions we encountered in a retail store and in a hotel.

While I have come across few examples of blatant racial bias, I have often experienced veiled racism.  The duality is that I have been followed in stores and encountered racially insensitive comments during job interviews. More recently, I’ve had people in my neighborhood ask very intrusive questions about me, my family, and my home. At first glance, these instances may have appeared to be innocent, but there were some clear racial undertones.

Our Children Are Still Not Immune

In the original article, I said our kids don’t come away unscathed in any of this, and that hasn’t changed. My wife and I still have discussions with our daughters about navigating through society differently from their white counterparts.

As my kids become teenagers, we constantly tell them to “survive the encounter” if they have a run-in with a police officer who treats them badly based on their race. The duality of being a black parent is that we also tell them they should unapologetically celebrate their culture and never let unfair circumstances get in the way of trying to achieve success, regardless of the hurdles placed in their way.

These issues didn’t happen overnight and no one should expect this to be fixed overnight.

I don’t have all the answers but I feel a good starting point is creating a formal national standard that governs the behavior of law enforcement professionals and holds them accountable, similar but more expedient than the Uniform Code of Military Justice (UCMJ). I still believe this wholeheartedly. How is it that a Marine or sailor in Okinawa, Japan, is held to the same standards as a soldier or airman in Texas, but neighboring law enforcement agencies that may operate in the same jurisdiction can have different rules on the use of excessive force?

I still believe that pragmatic and actionable dialogue needs to happen. Some difficult discussions between white people and people of color are necessary. I’ve had these chats and appreciated the fact that they just wanted to listen. It may have been uncomfortable, but it’s what needs to happen more.

As I said previously, if you are looking to have one of these talks, statistics should not be the basis of the conversation due to the virtually nonexistent reporting of racial microaggressions that people of color experience these days. Instead, listen to the stories and experiences of black and brown people, but be prepared for a potentially emotional conversation because we’re tired, angry, and sad. We frequently see people who look like us dying unjustly and every time it happens, it takes something out of each and every one of us.

Since I wrote the original piece, things haven’t gotten much better. I also previously mentioned that in the aftermath of these tragedies, we usually have to justify why these people should still be alive because their humanity is challenged after the fact in a failed attempt to rationalize their deaths.

How Would You Feel…?

To hit this point home a little more, I’ll make the correlation to losing buddies in service. Many of us have lost friends while serving. What if, in their deaths, you had to regularly justify their humanity to a large portion of the American population just because they were killed in action? How would this make you feel? The duality of being a black person in America is that we have to do this for people who look like us that we don’t even know.

Breonna Taylor shouldn’t have been killed in her home, and when I see her, I see my wife.

LaVena Johnson shouldn’t have been brutally murdered on deployment in Iraq, and when I see her, I see my daughters.

George Floyd shouldn’t have been smothered in the street, and when I see him, I see my uncles.

Ahmaud Arbery shouldn’t have been hunted in broad daylight, and when I see him, I see my brother.

Philando Castile shouldn’t have been slain in his car with a child in the backseat, and when I see him, I see me.

I love this country, even at times when I feel it doesn’t love me back.

This is my continued duality of being a black veteran in America.