How to Present Your Military Traits in an Interview 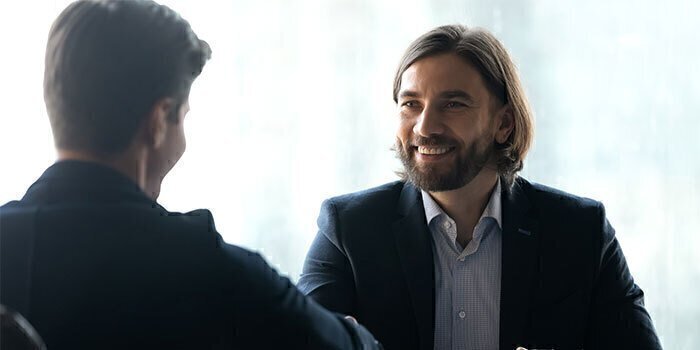 Separating from the military can be a deeply traumatic experience for some. Not knowing how your skills and values convert to civilian occupations can make separating veterans feel as if they are stepping into a giant chasm from which there is no return.

As veterans, we possess many traits which we take for granted but are an uncommon commodity in the civilian workforce. Recognizing these traits and being able to effectively highlight them in an interview can give separating veterans a big advantage over their civilian counterparts. For the most part, we recognize tangible achievements such as awards, medals, rank and degrees, but it is our attributes that are important to note. When cataloging your traits in an interview, you should first know how to demonstrate their meaning in a way that will add value to you as a prospective employee.

Dependability is a word that is often used but rarely understood by applicants and employers alike. Simply saying you are dependable may not bring to light the actual nature of this trait. By telling an employer that you will follow through with all assigned tasks to the end, no matter how difficult or complex they may be, lets them know your true intentions.

Integrity is a trait that many profess to have but few actually live up to. We all make mistakes, but it is your ability as a prior military member to own your mistakes in spite of the consequences that will separate you from the herd. Letting an employer know that you never deflect responsibility if you make a mistake tells them that they can count on you for honest answers, even under the worst of circumstances.

Military members are conditioned to make decisions quickly in life or death situations. Employees who sit on their hands and fail to make any decisions are typically given the most menial jobs requiring little, if any, decision-making abilities. It is the decision-makers who are typically selected for promotion to the next level. In the absence of clear instruction, employers rely on people in their organization to make decisions with limited information.

A lack of initiative can quickly lead to a lack of upward career mobility. In the military, understanding the commander’s intent gives individual members the ability to make decisions on their own and press for an advantage without having to rely on constant instruction from superiors. In the civilian world, employees who understand the corporate vision and work toward it are relied upon more heavily than those who do not. Do your homework before you show up to an interview and try to understand what the company goals might be. Your ability to demonstrate your understanding of this lets employers know that you did take the initiative to look further into their company than just the basic job posting. Even if you do not entirely understand what their goals are, they will still appreciate the fact that you made the effort.

Companies today more than ever need to be able to put the right people in the right positions. This can require employees who are willing to relocate to other cities where positions are available. As a prior military member, you probably had to move every two to four years. Civilians are not as mobile. Facing the uncertainty of moving to another state or country can be nerve-wracking, but as prior military members we got it done. Answering yes to the question of, “Are you willing to relocate?” can definitely increase your odds of moving up in the ranks quickly with a civilian company.

As a prior military member you may not have even considered these traits because they are common in our world. But they are uncommon in the civilian world. Indeed, there are many more traits that you possess and these are just a few. During an interview it is not enough to just say that you are a dependable, adaptable employee with good decision-making abilities and high integrity. When preparing for interviews, ask yourself tough questions and prepare your answers by presenting one or more of these traits. Practice and be ready. Your confidence will come across in the interview and you will be seen as a cut above the average applicant – someone who deserves to be at the top of the list.