The New Tuition Law That Could Save You Thousands 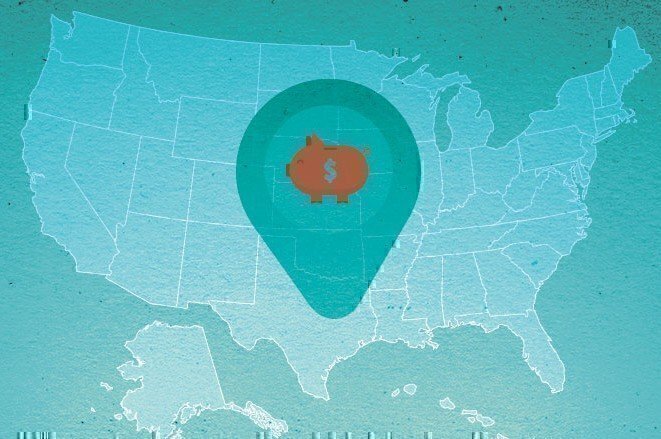 When Josh Ortiz began applying to colleges after serving 12 years in the Marine Corps, he learned he was considered an out-of-state resident in both his military home of record as well as North Carolina, where for more than six years he had lived, owned property, held a driver’s license and registered his car.

As an in-state resident, the Post-9/11 GI Bill would have paid for all of his tuition and fees at the University of North Carolina – Wilmington. Instead, he paid out-of-pocket the $12,000 tuition bill he received as an out-of-state student.

Today, however, Ortiz is benefiting from a new federal requirement granting recent veterans – and their dependents – in-state tuition at any of the nation’s public colleges regardless of their state of residency when using GI Bill benefits.

“I was very pleasantly surprised when I found out the bill had gotten passed,” Ortiz said. “When I got out of the military [in 2014], it didn’t matter what school I was going to go to. I was going to be an out-of-state student.”

Congress passed in-state tuition protection as part of the Veterans Access, Choice and Accountability Act of 2014. The bill was signed into law that August, but the Department of Veterans Affairs ultimately pushed back the deadline for state colleges and universities to comply with the legislation until Jan. 1, 2016, in order to provide states with more time to amend state laws and policies. While the in-state tuition guarantee is a plus for veterans, the federal government has shifted additional costs to the states. The Congressional Budget Office expects the change to save the federal government up to $175 million in Yellow Ribbon benefits from 2015 to 2024.

Fewer than half of the states had passed laws providing student veterans in-state residency waivers at the time the Choice Act was passed, but all 50 states met the Jan. 1 deadline. California, North Carolina and South Carolina, all states with large veteran populations, had to work quickly to comply with the law. Florida, meanwhile, previously had passed legislation allowing veterans to pay in-state tuition, but needed to expand the benefit to veterans’ spouses and children. Had a state failed to comply with the federal legislation, its public universities would have become ineligible for the Post-9/11 and Montgomery GI Bill programs.

Because the South Carolina Legislature authorized in-state tuition for veterans six months ahead of the federal deadline, Ortiz, 32, transferred to Clemson University in the fall of 2015, where he will finish his mechanical engineering degree as an in-state resident.

“When I contacted Clemson they said you can come here at in-state rate now that this bill has passed,” he said. “I had never lived in South Carolina before, but I moved down here because they were willing to work with me.”

Because the Post-9/11 GI Bill and housing stipend now fully cover his college costs, Ortiz says he has a lot less stress since he no longer has to work while attending school full-time.

Veterans, however, should take note of two key provisions of the new law. States are required to extend in-state tuition to veterans (and their dependents) only for three years after the service member’s discharge from active duty service. Also, the in-state tuition requirements do not extend to those on active duty or to students using transferred Post-9/11 GI Bill benefits while a service member is on active duty.