The New Navy Football Uniforms are All About the GOAT

Every year, the cadets at West Point and the Navy midshipmen of Annapolis meet to put on one of the most patriotic games of the year: the Army-Navy game. Soldiers, sailors, and Marines all cheer on their respective branch as future officers fight for bragging rights on the football field.

And while most troops are watching from the sidelines or the chow hall, gritting their teeth and waiting to see who comes out on top, there’s a secondary, unofficial contest going on — which team has the best uniform. Each year, both teams bust out a special uniform, just for this game.

This time around, West Point chose to honor the 1st Infantry Division on the centennial anniversary of the WWI armistice. The midshipmen, on the other hand, are going with a design that honors their own treasured history by showcasing Bill the Goat. 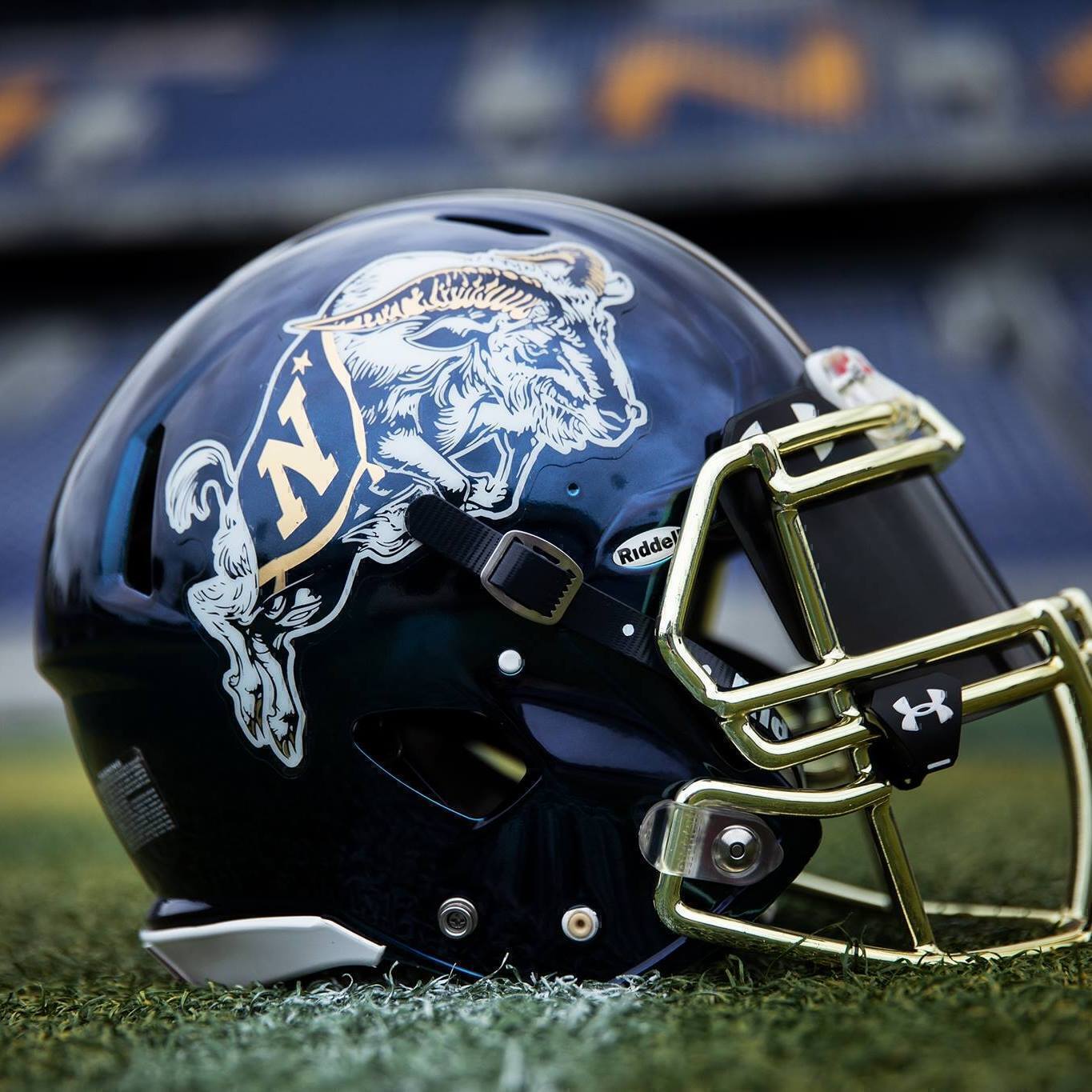 On the surface, it may seem simplistic, but in actuality, it’s steeped in Navy and Naval Academy lore.

Navy’s uniform, produced by their sponsor, Under Armor, features the Navy’s traditional white, blue, and gold color scheme. Emblazoned on the right side of the helmet is Annapolis’ mascot, Bill the Goat, with the player’s number on the left — a nod to classic football helmets.

Bill the Goat, for those who don’t already know, became the Naval Academy’s mascot entirely because of the Army-Navy Game. Legend has it, two ensigns were tasked with taking the body of their ship’s beloved goat to the taxidermist. They got “lost” on their way and ended up at the Army-Navy game.

During halftime, one of the ensigns took the goatskin, wore it as a cape, and ran around the sidelines to thunderous applause from the sailors and midshipmen in attendance. The Naval Academy — and presumably the ensigns’ commander — never took disciplinary action against them because it’s believed Bill the Goat was responsible for the Midshipmen winning that day.

Each uniform also has the phrase, “Don’t Give Up the Ship” embroidered on the bottom. This was the famous battle cry (and last words) of Capt. James Lawrence as he fell to small arms fire sustained during the War of 1812. It has since become the rallying cry of all sailors as they head into battle.

Check out the unveil video below. Go Navy! Beat Army!

READ NEXT: 5 OF THE BEST THINGS TO HAPPEN IN THE FIELD