Vetworking- Networking Tips for Veterans from a Veteran! 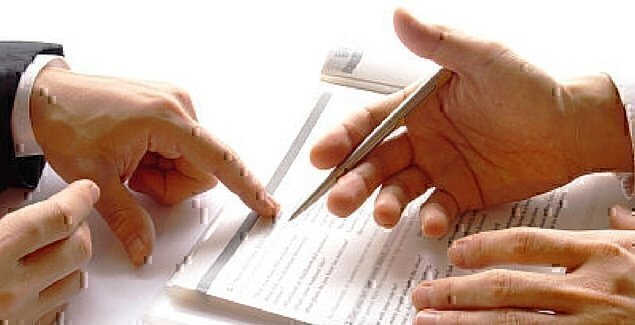 I started planning my military-to-civilian transition four years ago. I was in command of a patrol boat and had just received orders to my first staff assignment which would provide nights and weekends off (read: Moving Out of the Military Checklist: 6 Months to Transition).

Though I’ve loved almost every minute of my time in the Coast Guard, I never intended to make a career of the military – I simply intended to fulfill my five-year obligation. The desk job was operational in nature and my coworkers were fantastic (it’s been my experience that this is the norm in the Coast Guard), so here I am four years later, wrapping up that same tour I only meant to last a year. But I’m still “getting out,” because this job has drawn to a close and sea-duty and another PCS are knocking at the door. As I write this, separation papers are on my desk, and the date keeps jumping off the page.  I am only on active duty for two more months.

Though I could and would make a career of the military, I’ve had trouble with the should. Icould stay in and continue the adventure and steady paycheck. I would stay in because I’m deeply committed to this country and my brothers and sisters in arms. But I should leave the military because it’s best for my family and my long-term community-engagement desires. I love exploring, but going to sea for six months per year and moving around every two years takes its toll on family. It takes a special kind of spouse and family support structure to make it work, and I applaud those “seagoing” families that endeavor to retirement. But sooner or later we are all asked to hang up the cloth of our nation (the uniform for you less-romantic types). For some it’s five years, for others it’s 25 years, but we all have to figure out what to do when we grow up, which is unfortunate, isn’t it?
So about one year ago I sat down with my most-trusted agent in life, my wife, to discuss transitioning to the private sector. The first thing we did was make a list of pros and cons of the military life. Then we made a similar list for corporate American life. Then we compared the lists. Important factors in our decision included geographic stability, upward mobility, proximity to family, healthcare, and retirement. Just two months out, I still doubt myself for getting out sometimes. But we determined “civilianizing” was more appropriate for us.  I took the next logical step and began networking. I didn’t know where to start, so I reached out to every family member and friend I knew.

Initial communications did not include a resume. I wanted my reputation to precede me. I wanted to learn and research different industries before expressing interest by submitting a resume. It’s important to get to know people, and try and picture myself in their shoes – “Can I see myself doing this outside the military?” My initial networking efforts didn’t lead to anything.  I spent more time translating military jargon and equating my active duty accomplishments to civilian work than actually interviewing for jobs.  I felt like I was treading water.

My desire to transition had been shared with some family friends, specifically a veteran father and son team leading a commercial real estate investment firm. They learned I was in town and called me in for an impromptu interview simply because of my veteran status. We shared war stories and hit it off right away, and despite my lack of knowledge in the industry, they offered me a job the same day. I haven’t taken the job yet due to various logistical impasses, but the event sparked an idea: I needed to refocus my energy on Vetworking.

Vetworking is everything networking is – casting your professional net far and wide and building relationships – but narrowing your scope to veterans. It is about reaching out to all the veterans you know and looping them in on your intention to follow in their footsteps. They’ve been there, done that and know how challenging the transition can be. Moreover, a high level of trust is already established because you’ve shared sacrifices and worn the cloth of our nation. Accordingly, veterans are often the strongest advocates for other veterans. They are ready to rally around other veterans and see them prosper.  My most promising leads are coming by way of vetworking, and I’m excited about camaraderie established in the armed forces joining me on the other side of the transition.