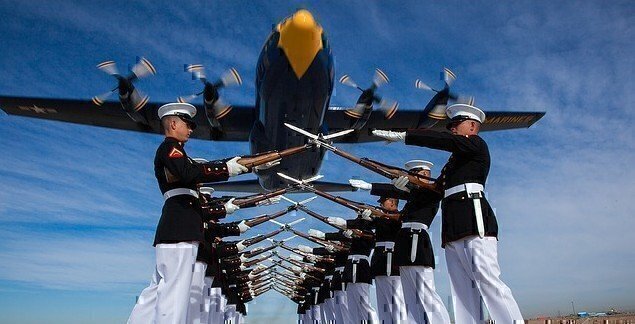 There are a lot of jobs in the military that can be difficult to transfer into the civilian world.

While some of us may wish there were an opening for a tank crew member or an infantryman in corporate America, those specific skills are likely to be left in your past. However, those who have  served developed the following military values, usually under stress, and they are very useful and highly sought after in the job market today.

Here are five military values that translate to civilian jobs.

I will admit that this has always been and will likely always be a weak point for me, but if there’s one thing that will still make you pucker up, it’s the idea of being late to a formation. Being on time is simply par for the course in the military, and many civilians who have never served have never had to face serious consequences for being late to work. This can give you a real edge when it comes to the modern workplace. Remember: if you’re early, you’re on time.

This one may seem simple enough, but being honest and always doing what you say you’ll do is something that seems to be slipping away in the modern workplace. In the military many of us learned about unit cohesion, and the trust that you need from and give to those you serve with is something that is beyond worldly value. If you can bring that same unit cohesion and trust to your civilian job, the bonds you’ll form among your co-workers will likely only be second to the value that your boss will place on you.

If every sergeant went to the captain with every complaint they had, the captain wouldn’t get anything done; and besides – what would the LTs do? Understanding how a true chain of command works is something I have found to be incredibly useful in civilian life, from the workplace to personal relationships and family. Figure out what the chain of command is at your job, or the job that you’re going into, and use it to get things done more efficiently.

I don’t think I need to say a lot here, as being a part of a team is something that we’ve all experienced. We’ve had some good leaders and some bad leaders, but regardless of leadership, the quality of your team is what holds it all together. Learning to recognize team members’ strengths and weaknesses, and helping them utilize both to maximum efficiency, is a skill that is highly valued at nearly any job. Placing the success of the team above the desire of the individual can give you a strong edge in the corporate world.

Sometimes work sucks. You didn’t sleep well last night, your dog died, it’s raining, the coffee’s cold, and you dropped your phone in the toilet at the office. But regardless of what is going on in your personal life, your job still needs to be performed – the mission still needs to be completed. I was told many years ago that the mark of a true professional is someone who can do their best work even when they don’t feel like it.