9 Military Movies Where Hollywood Got it Completely Wrong 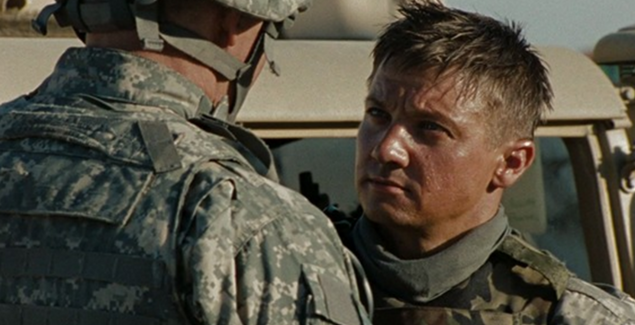 Hollywood makes plenty of military movies, but that doesn’t mean they are always accurate.

Military veterans can be especially judgmental in the accurate portrayal of military films — despite critical and audience acclaim — and some can be impossible to watch when they are filled with technical errors.

Whether its a low budget film you probably haven’t seen or a blockbuster film you love, here are 9 scenes in military movies where Hollywood got it completely wrong.

Mistake: After rescuing the POW’s and getting them on the helicopter, Rambo uses an M72 light anti-tank weapon (LAW) to shoot at the Russian Hind Helicopter and no one on board his helicopter gets hurt.

Reality: The back blast of the M72 light anti-tank weapon (LAW) can kill up to 130 feet. Rambo would have killed all the POW’s he just rescued and possibly destroyed the helicopter.

Reality: No soldier in their right mind would go AWOL in combat to avenge someone’s death. He would be prosecuted under the UCMJ. Of course, this is only one of many technical errors in “The Hurt Locker.” This meme pretty much sums it all up:

Mistake: Gunny Highway shoots live rounds at the feet of his Marines during training.

Reality: Sure, realistic training is good for troops headed into combat, but shooting live rounds at troops is a serious offense and Gunny Highway would be prosecuted under the UCMJ.

Mistake: After learning the war is over, Marine Anthony Swofford says he never shot his rifle, to which his friend replies: “You can do it now.” He fires his rifle in to the sky and all the Marines follow by shooting wildly in the air.

Reality: Marines are professional and disciplined war fighters. Every one of these Marines would be brought up on charges under the UCMJ.

Mistake: The colonel salutes Joker first after speaking with him at the mass burial site.

Reality: No matter what branch of service, enlisted service members always salute the officers first, not the other way around.

Mistake: During an operation one of the Navy SEALs addresses a team member by his real name over the radio.

Reality: Real names are never used over the radio during any military operation.

Reality: Unless absolutely necessary, verbal communication during a covert operation, let alone any mission, would not happen. Hand signals would be the primary way of communicating.

Mistake: Maverick flying inverted within 3 feet of the MIG while Goose takes a picture.

Reality: The tails of the fighter jets would be around 9 feet and a collision would be inevitable. There are many, many more problems with “Top Gun,” detailed here.

Mistake: A commanding officer in the US Army is wearing a ribbon stack on his camouflage uniform and multiple patches down his sleeve.

Reality: The ribbons and patches this “Colonel” wears makes him look more like a boy scout than a soldier. No branch of service allows service members to wear their ribbon stack on their camouflage uniform.

This was only the tip of the iceberg. What other scenes in military movies did you find were total Hollywood screw-ups? Leave a comment.