Military Laughs: Some of the Best Military Humor Online 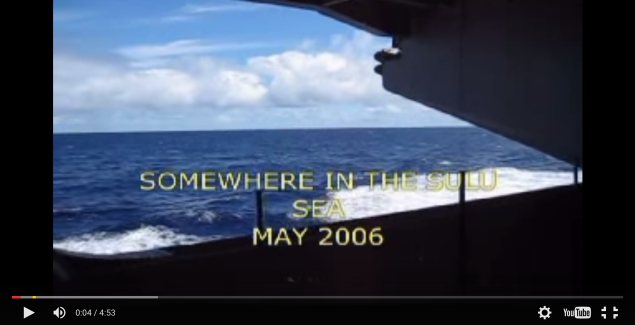 (Because you can’t have military humor without sarcastic observations!)

The Duffel Blog, a cross-service humor site, features faux news that pokes fun at military life from the power of PowerPoint to stolen valor. Basically, consider this the military version of The Onion.

An ongoing comic strip, this well-known humor site features the “grunt” perspective in the USMC. Created by Lance Cpl. Maximilian Uriarte, the site has expanded to include a blog and store where you can get merchandise that feature your favorite lance corporals Abe and Garcia.

3. Confessions of an NSA Nobody

Veteran Marine C.T. Casberg has more leaks than Edward Snowden on the inner secrets of NSA lunch thievery. In its early stages, Casberg’s humor (and guest bloggers) undermines the “leak” phenomenon concerning all things secret. This blog is sure to crack up.

Created by submariner Patrick Hrabe, a series of animated episodes featuring a futuristic “space” Navy. Check out the Fourth Episode for the greatest Navy recruiting ad ever created. But seriously, every single episode is hilarious and will leave you quoting it forever.

All sorts of awesome goodies from the “It’s Stolen and I Know It” parody music video and the Veteran’s Inner Monologue series. Ranger Up’s humor encapsulates many aspects of the veteran transition experience and cultural experience. The VIM, while humorous, also broaches some of the more frustrating sides of the veteran experience.

Done by a Navy carrier squadron to the Black Eye Peas song, no list of military humor online is complete without this gem. It is one of the most entertaining parody music videos done by military members who are way too bored and talented for their own good.

READ NEXT: Using Humor in the Civilian Workplace