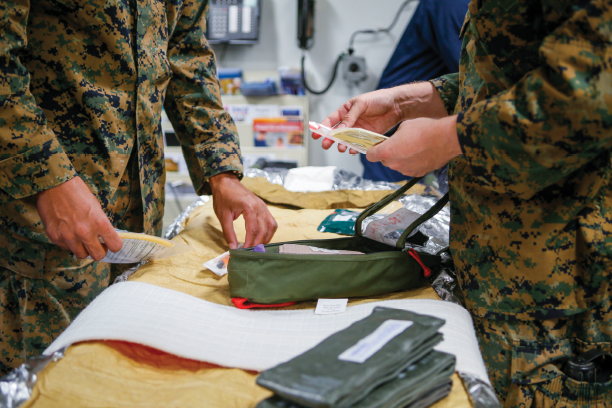 Plenty of service members with a medical MOS have experienced the frustration of not being qualified to work as civilian medical professionals when they transition because they lack the required civilian credentials. That’s why the Virginia Department of Veterans Services (DVS) decided to do something about it. In 2016, it created the Military Medics and Corpsmen program (MMAC)

About the Military Medics and Corpsmen Program

How does the Military Medics and Corpsmen program pave the way for military healthcare professionals to transition their carer? Transitioning or recently discharged service members and Guard/Reservists who served as Army combat medics, Navy corpsmen or Air Force medical technicians can work as civilian healthcare professionals under supervision while obtaining civilian education and credentialing.

The Virginia state government passed legislation for the program, which is the first of its kind in the nation.  The MMAC program reviews and refers applicants to participating healthcare systems in Virginia.

Former Navy Hospital Corpsman Shanail Romane was the first female veteran to be hired through the MMAC program. Romane was hired as a clinical care technician at Bon Secours, a Maryland-based health system with facilities in Virginia.

“I’m not yet an LPN, however, I can work and do the same thing that they do. As a hospital corpsman in the military when I was in the Navy, I was doing the exact same things as an LPN,” she said.

MMAC has helped more than 300 veterans get hired as healthcare professionals in Virginia since it launched as a pilot program in July 2016.

“The MMAC Program has flourished at Bon Secours. Being the clinical director of the MMAC program since our first hire in July 2016 is an honor. The program brings pride to the veterans performing and partnering with civilian health care teams, it enhances our staffing capabilities and brings clinical experts into the ministry,” said Julie Selvey, director of nursing and education, Bon Secours/Mercy Health.

Jobs for Military Medics and Corpsmen

Are you ready to apply for the Military Medics and Corpsmen program? Here’s what you need to know: Veterans don’t have to be Virginia residents to apply. But they do have to be willing to work in Virginia. To learn more about the program, visit the DVS website.

Also, did you know that the VA gets first dibs on hiring military healthcare professionals? Due to the Hire Veteran Health Heroes Act of 2021, the VA gets a jump on recruiting the best medical talent the Department of Defense (DoD) has to offer.