How to Make Your Resume Stand Out 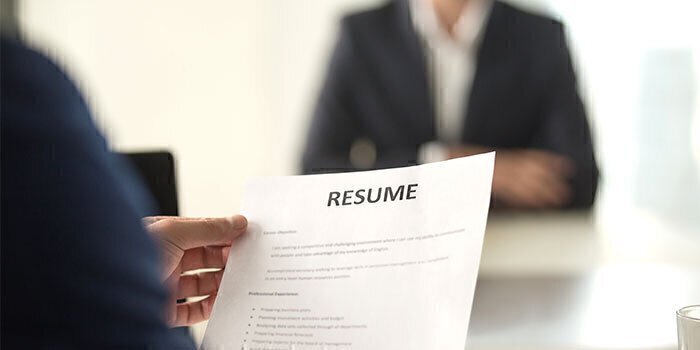 Military chaff is deployed by ships and aircraft to deter incoming missiles and rockets. Chaff is white noise. Chaff is interference. Chaff detours. The people who do civilian jobs hiring and recruiting are bombarded with chaff every day, and it takes two forms – countless resumes that cross their desks, and the extraneous information that masks the important messages in your resume. To get their attention you have to know how to make your resume stand out.

So How Do You Remove the Chaff?

Consider the hiring managers who weed through 100 resumes to fill five positions. Given the volume, they want to eliminate certain resumes instantly. So during their first run-through, you have five to 10 seconds to make sure yours isn’t eliminated.

Make sure your resume clearly lists qualifications for the position. That seems fairly simple, but you’d be shocked at how many people fail to customize their resumes for a specific job. For instance, if a job requires a secret clearance, make it clear on your resume that you have one. If not, you’re likely to be discarded, even if you have a clearance. If the position requires a four-year degree, make sure your resumes says so.

Let’s assume you made the first cut. Now the hiring manager scrutinizes each resumes . This is the “who do I want to interview” phase. First, make sure yours is free of spelling and grammatical errors and that it’s articulate. The purpose of your resume is NOT to get the job, but to get the interview.

Remember in high school when you had to do a 10-page term paper? If you’re like me, you hadn’t written a total of 10 pages of text in your entire life. So you began stuffing the paper with filler words.

Use as Few Words as Possible

Writing your resume is not like writing a high school term paper. Good writers use as few words as possible to get their point across. In business, time is money, and if you devote too much time to filler, you’ll be cut.

Boldface key jobs, briefly mention job responsibilities with an emphasis on numbers (numbers of employees working for you, dollars managed, etc.), and list performance highlights in your previous jobs. Replace long lines of text with bullets.

If you can’t be articulate on your own resume, why would an employer think you could be articulate with customers, colleagues and bosses? Get in, get out. Save some details for the interview.

Your military experience gives you an edge over others. Use it to separate yourself from the chaff.