The Pros and Cons of Low-Residency College Programs 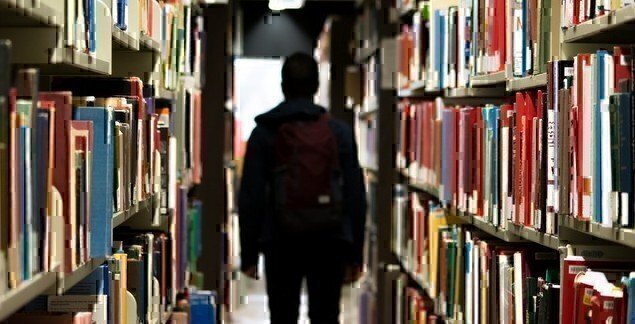 After what you went through in the military, going to college is supposed to be easy, right? Sure, there are plenty of academic challenges and late-term stress to go around, but at least you get to sleep in.

At least that’s how it’s supposed to be.

That is, until you find out that the Advanced Basket-weaving Practicum IV course that you need to graduate is only offered by one early bird professor at zero dark thirty (which for a college student is approximately 0900).

The truth is that while being in a classroom has many advantages, it also has drawbacks. For some majors, the lectures and labs just can’t be replicated online. For others, an online environment works just fine. Most people are aware of these two paths, and certainly they are the most common. But there is another option: low-residency college programs.

Think of low-residency programs as being a hybrid of online and in-person options. While they can take many specific forms, the part that makes them unique is that there is a (much) reduced requirement to be on campus for part of the year. A significant portion of the work is done via distance learning.

Low-residency programs tend to be much more common for graduate degrees where a significant portion of the work is done independent of an instructor. But there are other degrees out there if you are willing to search for them.

As an example, the program I’m currently in has an almost year-round writing requirement, two in-semester online courses, and two five-day residencies in January and June. Those five days are intense, and tend to go almost the entire day, with ample opportunities for additional informal instruction at local establishments that serve beverages of a refreshing nature (we’re writers, I’ll let you use your imagination).

Every program is going to have a different setup, but this kind of schedule is relatively common and is a good example of what you might expect.

It’s not hard to see the utility of being freed from most of the classroom requirements of a college program. Without having a middle-of-the day class to throw a monkey wrench into your day, it is much easier to go out and get a regular job or attend to other day-to-day needs. Academically, there’s a good reason to consider low-residency college programs as well. There are many people, myself included, who struggle in fully online courses.

I found that without the routine of going to class and the ability to interact with my professors, I frequently felt disconnected and confused. Even the most ardent supporters of online education have to admit that there is value in having the chance to directly ask questions to faculty. Add to that the ability to potentially consider programs outside of your normal geographic area (since it’s a lot easier to commute 500 miles twice a year than three times per week), and you have an interesting set of circumstances that can be very valuable to certain kinds of students.

That means that you might get as few as a week or two of in-person days per year. Depending on the BAH rate for your local area, that could mean a significant reduction in how much stipend money you receive in a year.

Travel can also be a concern. While it might seem nice to be able to enroll in that shiny program halfway around the country, keep in mind that at some point you do actually have to go there. That means perhaps twice a year you have to potentially take leave, make family care arrangements, and actually make the trek. I know numerous people in my program who make long drives or take cross-country flights to get to the residency. A couple of them even come in from overseas. If the program you’re interested is worth it, then there’s really no problem. But that doesn’t make the prospect of semi-regular commutes for the next several years any less stressful.

While low-residency programs make up a small minority of degree options, they do represent an interesting option for those of us who appreciate a great deal of academic freedom but still crave the interaction and community of a traditional college experience.