What I Miss Most About My Life in the Military 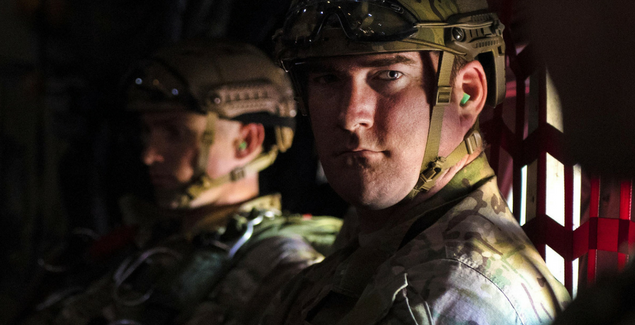 When I first thought about getting out of the Navy, I was only thinking about all the things I could finally do again. Things I missed from my civilian life. Like painting my nails some outlandish color, sleeping in, and getting rid of every uniform I had collected over four years. Yet, once reality kicked in, I realized there were quite a few things I actually missed about being in the military.

Who would have thought that would happen?

It’s never been a secret that I appreciate a very structured life. Some may say I’m a little OCD. I prefer to say I am well-organized.

Either way, the military was a great environment for me because it is nothing if not structured. From the second I stepped off the plane in Chicago, I knew where I was supposed to be, what I was supposed to be doing, and who to turn to if I was unsure about either of those things. Deployment was the ultimate structured experience for me. We joked that every day was Monday on the ship because it was all monotonous, but in reality I loved it. On my last day in the Navy, I was so consumed with getting my DD214 signed that I didn’t think about the fact that the next morning I would not really have a reason to get up, get out of pajamas, and get motivated.

In fact, the lack of structure since I separated has been one of the biggest transition adjustments for me. Having no purpose when you’re used to working can become very hard. I didn’t realize how much my self worth and my belief that who I am is where I work was ingrained in me.

I’ve taken to making to-do lists of house chores just so I can check things off and feel useful.

On top of the structure (and the GI Bill), one of the main reasons I joined the Navy was for the travel. Of course that meant when it came time to cut orders they decided to station me right back at home. Yup, I did everything I could to be stationed in some far off place and ended up driving the same paths I did every day prior to signing up. However, that didn’t stop me from getting to visit some places I never would have explored on my own.

Sure, Meridian Mississippi is not the most exciting place in the world, but I started there and made some friends that I know I can call on for anything (and at any time thanks to being stationed in different time zones!)

And to make sure I didn’t get too sad about being stationed at home, less than three months after checking into my command I got to go on a nine-month government sponsored cruise. All expense paid trip to France, Bahrain, Dubai and Spain. Who would complain about that!? I’d be hard pressed to find someone to pay for me to travel like that again.

Believe it or not…I sorta miss the uniforms. Don’t get me wrong. It gets old looking like a blueberry five days a week. And dress blues are not exactly how I like to spend close to $200 on clothes. But boy did it make mornings easy!

I started my new civilian job just last week and today I spent half an hour fighting with my closet. Nothing fit right. Nothing looked right. It was all just wrong. And clothes shopping has become torture. Is this dress professional enough? Are those pants dry clean only?

I might have to come up with my own personal uniform to make the whole process just a little bit easier.

Oh, and did I mention the Navy gave me a nice little allowance once a year to pick up new uniforms if I needed? The new job definitely does not come with that!

But you know what I miss the most? What can’t be duplicated no matter what job I might find myself in next?