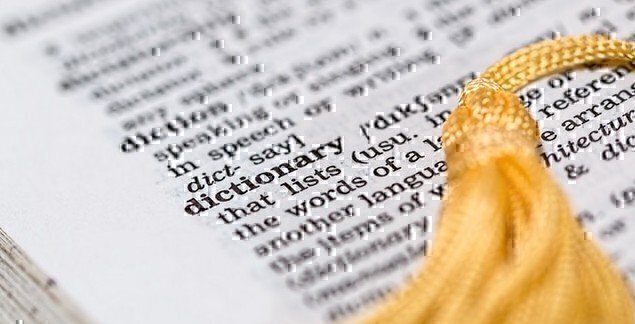 We’ve all heard the cliché about careers with a liberal arts degree. After graduating, a liberal arts degree-holder is permanently and for all time banished to a “career” of pouring fancy coffee-flavored sugar beverages, reading poetry at open mic night, or crafting tiny sculptures made from paper clips and hot dog wrappers and selling them on the street for pennies.

I may be embellishing a little bit, but the point remains: In popular imagination, a degree in liberal arts is career suicide and there is never, ever a good reason to go down that dark path.

Let’s take a look at five reasons that a liberal arts degree is at least worthy of your consideration.

We live in such a specialized job market that it can be hard to remember that versatility is sometimes more important than sheer earning power. It might not seem that way when history majors start off making less than half as much as their more professionalized classmates, but the value becomes more obvious when a job field gets over-saturated, replaced by automation, or completely goes away.

My home town of Akron, Ohio, is a testament to how difficult it can be when specialized jobs suddenly go away. A whole generation of workers trained in vulcanization (or whatever it is that old time rubber factory workers did) were reverted to being basic laborers almost overnight when the factories packed up and left town.

On the other end of the spectrum, an English major can survive the complete destruction of the publishing industry by applying their language skills to advertising, website editing or technical writing. More specialized fields may pay more, but they’re also much more vulnerable to the shifting winds of the job market.

Well, maybe history isn’t fun for you, but if it isn’t, then you probably wouldn’t be considering a history degree in the first place. I know plenty of writers, historians and philosophers who, if money weren’t an object, would happily continue working without pay. I have no doubt that there are plenty of people who absolutely adore their careers in the hard sciences, skilled trades or the professional fields. But when was the last time you met a pharmacist who would count pills for free or an accountant who would continue to crunch numbers without pay?

If you’re someone who has an interest in a liberal arts field, it’s at least worth considering the power that job satisfaction has in improving your day-to-day life.

The flexibility I mentioned above is a great asset to have when it comes to finding those odd jobs that don’t really have an academic equivalent. Especially in small businesses, a whole host of widely varying skills are needed in a single position.

Often, employers would rather have a worker who has a background in the flexible, analytical disciplines of liberal arts. Sometimes it makes more sense to teach an English major to power cycle the router (or call the Dork Patrol for tougher IT problems) than it is to overpay for a computer science major who only spends a couple of hours a week working on computers. That goes for management positions as well.

Specialized workers are sometimes at a disadvantage in that they’re critically required to work in their chosen field, so they don’t get the same opportunities to see the “big picture” that are often afforded to more generalized employees. It’s unfair, but they’ll just have to wipe away their tears with the hundreds of thousands of additional dollars they’re likely to make over the course of their career.

“Pre-law” is technically a thing, but there is no specific requirement for an undergraduate major to get into law school. In fact, depending on what kind of law you want to study, it might be extremely helpful to have a liberal arts degree. If you’re interested in being a literary agent, for instance, a JD degree paired up with a literature major makes a lot of sense.

The same goes for a Masters of Business Administration. An MBA is completely compatible with a liberal arts degree. If you don’t believe me, take a look at the biography of the CEOs of Starbucks, Disney and FedEx. Not only are the skills potentially a good match for certain kinds of business, but the flexibility (this is becoming a bit of a pattern, isn’t it?) of liberal arts majors is often a great asset for senior management positions.

You Can Go Back and Be an Officer!

Your junior enlisted soldiers, sailors, airmen or Marines are going to be so enraptured at your encyclopedic knowledge of Chaucer, or your great command of the details of Etruscan religious ceremonies. I joke, but for many types of military officers, it doesn’t matter what your degree is in (sorry philosophy majors, your chances to get into the Corps of Engineers or Nurse Corps are low), you just have to have one.

In fact, liberal arts degrees are disproportionately represented at the senior leadership levels of the military. For example, National Security Advisor Lt. Gen. H.R. McMaster has multiple history degrees to his name.
I know we military folk are often extremely practical, but hopefully, the above points are at least enough to convince prospective students that a liberal arts degree is at least worthy of consideration. It’s not always simple, but for those of us who value flexibility, variety and an unconventional path, a liberal arts degree can be the start of an exciting and enriching career.

READ NEXT: Choosing a Degree as a Military Veteran