3 Surprising Jobs in Manufacturing That Are Great For Vets 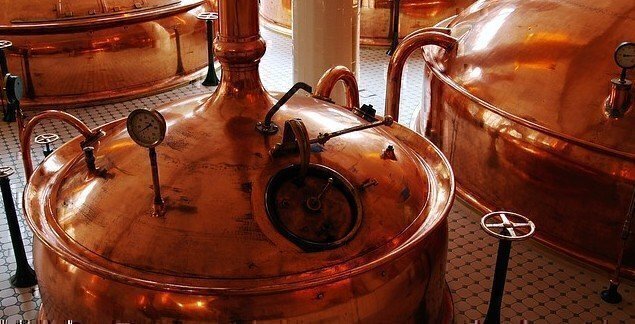 For many veterans, manufacturing jobs bring to mind images of the old days of heavy industry—the gritty, dirty work of steel-making or the massive assembly lines of Detroit auto plants.

While those kinds of traditional industrial jobs still exist, the face of manufacturing is changing. The industrial workforce is more technology-focused and diverse than ever before. Automation has reduced the need for many of the backbreaking and labor-intensive jobs that sustained the careers of our parents and grandparents.

In their place, hundreds of new and diverse jobs have sprung up. If you’re looking into a manufacturing career, you might recognize the classics like machinists, welders, and assemblers. But if you take a deeper look, you might find some positions that don’t fit the traditional mold.

You’ll probably never look as gritty and old-school cool as your granddad strolling out of the steel plant, but these 3 surprising jobs in manufacturing might make you take another look at the opportunities you can expect from an industrial career.

Why do we need food technology? It’s just food, right? You pick the apple from the tree or slaughter the chicken and you eat it. That’s the idealized version, but how many freshly killed farm animals have you eaten today?

If you look at the ingredients of any of the processed foods that you probably eat, you’ll find that very many of them have some kind of color, preservative, or flavor additive with a barely-pronounceable multi-syllable name. With that many exotic ingredients in food production, it seems like a pretty good idea to have some smart people to oversee the design and manufacture of our food.

Food technologists are primarily concerned with the practical applications of food science. The job generally requires a degree in chemistry or a related field, but the payoff for all that schooling might be worth it.

Not only can you expect a median pain of about $65,000, but it might give you the opportunity to try some of those brilliant recipes floating around in your head. It’s just a matter of time before you take the market by storm with marshmallow soda or ground beef ice cream.

Rocket assembly isn’t really a single job, but a group of jobs devoted toward the incredibly difficult and complex task of creating an open-ended bomb that safely blasts people and cargo into space. While most of the tasks related to building and modifying rockets are high tech, the most important thing they have in common is a dedication to getting the job done right to exacting degrees of quality.

Even a single unqualified welder can cause a failure that causes the payload to be destroyed in the most spectacular way possible.

One interesting consequence of how exacting the requirements are for a space launch is that each one is likely different from the last. This requires that the ground crew is constantly available to potentially modify or rebuild any system for the next launch.

With the recent rise of private spaceflight, career opportunities have expanded beyond governments and their dedicated contractors. It wasn’t long ago that if you wanted to build rockets, you worked for NASA or maybe the European Space Agency (it was generally frowned upon to be found in the employ of the Soviet space agency).

With multiple private corporations building and flying their own rockets, the chances for employment will only increase. We can only hope that it’s not long until career opportunities stretch out to in-space manufacturing or maybe even Mars colony construction contracts.

Not every factory manufactures products with only practical uses. You might not think about it every day, but most whiskey, rum, vodka, and any other liquor you can think of probably came from a factory (unless it’s moonshine).

Like any factory, a distillery is set up to turn raw materials into a finished product in the most efficient way possible. It’s the distiller’s job to ensure that the process goes smoothly and the finished product lives up to the standards of the customer.

The production of liquor is a deceptively complex endeavor, so the distiller has a variety of responsibilities that can range from the selection of grains, to the bottling and barreling of the finished product, and of course the hardest part of the job—taste testing the end result.

While it might sound like a flight of fancy, there really is a need for qualified and hard-working distillers. Consider that in June of 2016 the United States produced over 7 million gallons of whiskey. If you just consider the sheer volume and money at stake, it’s easy to see how getting a foot in the door as a distiller can lead to a long and prosperous career.

READ NEXT: SEPARATING FROM THE MILITARY MINDSET