How an Iraq Veteran Became a Leading Indie Producer 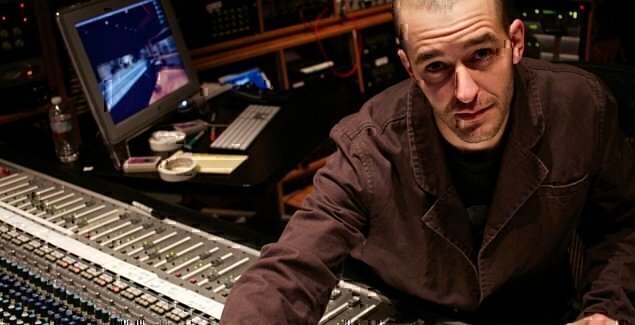 When Wil Anspach was in high school, he played with some local bands and was always involved in music, but he didn’t know what he wanted to do. Shortly after graduation, though, his whole life changed. The 9/11 attacks took place and the young man from Reading, Pa., knew he had to do something.

Anspach came from a military family, so he joined the Marine Corps and became part of the first units to enter Iraq in 2003. He would see three deployments in the Middle East, and was shot in the leg while patrolling Najaf, Iraq.

When he left the service in 2006, Anspach had no real goals. He went to college, traveled around the country and settled in Texas, where he joined a band that cut a demo record.

“When I got into the studio for the first time, I had no idea what we were doing,” he said. “This was a whole new world and I was fascinated by it.”

After their sessions, Anspach wanted to learn more about producing. He spoke with several engineers and learned about the Conservatory for Recording Arts and Sciences in Tempe/Gilbert, Ariz. He spoke to a CRAS admission representative and learned that his tuition could be paid through the GI Bill as vocational rehabilitation. The representative helped him complete the required paperwork, and when he was accepted Anspach also received a subsidy to manage his living expenses so he could concentrate on coursework.

Anspach worked hard and finished classes on campus at the top of his class with a 4.0 average, but he still needed an internship. “I researched several studios around the country and I really liked the reputation, the quality and music coming out of EastWest in Los Angeles,” he said. “However, everyone told me that EastWest has little turnover, only takes the best of the best, and it’s real difficult to get in the door.”

“The day before leaving campus, the CRAS Intern Coordinator called me and said EastWest had an assistant engineer who was leaving the company and there would be an opening for an intern, as well. He arranged for me to interview if I could get myself to LA by Monday.” The actual interview took place on Tuesday, but Wil was hired on the spot.

EastWest interns perform entry-level duties, such as getting food for clients, then move on to learning about the rooms, setting up and tearing down sessions and working with assistants. Interns who perform such tasks well will build up trust with the studio staff – especially when they know to ask for help before doing unfamiliar jobs. Sometimes the interns will work for months learning the ropes before moving up or moving on.

For Anspach, timing was everything. Within three weeks, he was hired full time. Six weeks after that he became a staff manager and three months later he was assisting on major projects for artists including Stephen Stills, Neil Young, Metallica, One Direction and Nelly with major producers such as Alex da Kid.

“I was in the right place at the right time,” Anspach said. “I had the luck to be there when things were changing and the good placement at EastWest to take advantage of the changes. I believe that my military background served me well when dealing with the changes. Most interns are treated as, well, interns, but when artists and staff found out that I had served three deployments with the Marines in the Middle East, that earned me some respect. A lot of people may not respect the politics of what happened, but they do respect the reasons why I enlisted and my service to this country.”

After working with Alex da Kid, Anspach was hired as his personal engineer, working on studio recording sessions. Anspach left in late 2014 to become a freelance producer, working with new artists who inspire him with their words and music.

“I really enjoy working with new people who are passionate about their art,” he said. “There is a lot of gratification that comes from helping that person where you can unlock the most potential. I’m a firm believer in the 10,000-hour principle: that to be real good at something you need to put in 10,000 hours at it. Sometimes it means working 16-hour days for days at a time, but sometimes you also need a second job to take care of the responsibilities. But if you have the passion for this work, then you immerse yourself in it. The thing is, I never felt like I was really working.”