How to Get the Most Out of Your New Job Orientation 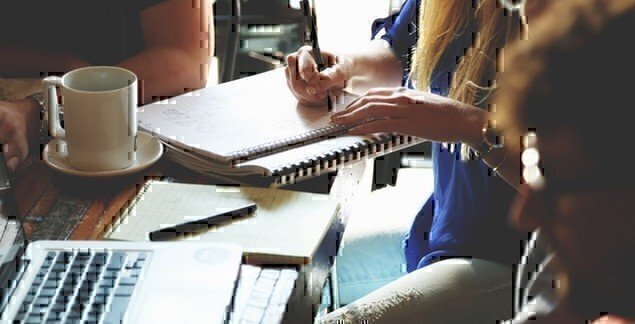 It can be a struggle for transitioning veterans to leave their military upbringing behind and start fresh in a civilian company. From the moment you walk through the door, you will likely be focused on making a good impression and avoiding any “rookie mistakes.” Here’s how to set yourself up for success during your job orientation.

Listen and take notes. Many new employees arrive on their first day with a lot of questions. They’re (naturally) concerned with where they park, what the break policy is, whether they have the right equipment, who their immediate boss is, and what they’ll be doing. But if you ask all those questions, even if you’re trying to come off as eager and engaged, you’re likely missing vital information about your workplace. You also may look like a spring-butt, or even worse: entitled. So write your big questions down on a notepad (or even your phone) beforehand and save them for the end.

Speaking of writing things down, take notes on your orientation. For one thing, having a small, handy notebook is something that your civilian peers will regard as admirably military. For another, you will have a record of the important people you meet or hear about, the policies that your orientation leader briefs you on, and the instructions you are given – all of which will come in handy when you’re left alone to work.

There’s an art to this: Don’t write down every single word your instructor says. It’s much better to jot down single items like names, positions and company locations (locker rooms, break rooms, bathrooms, main departments) to review later. It will save you from shooting off an email to the wrong person, getting lost, or generally appearing like a “new guy” after the orientation.

Focus on the place rather than the people. You know that old saying about never getting a second chance at a first impression? Well, the flip side is that there’s always a ceiling to first impressions. Your boss and co-workers will certainly size you up, noticing things like how you’re dressed, how you speak, how you shake their hands, and all the other little things we judge in new people. But nobody is going to decide that you’re the next supervisor when they first meet you. And if, after your orientation, you make a habit of asking the wrong people for things, or need help finding your way around, then whatever credibility you’ve earned with your winning smile and firm handshake will quickly fade.

In concert with note-taking, pay attention to visual things: the layout of the building, the location of individual offices, and the location of any supplies you’ll need. It’s all well and good to have that information written down, but a mental picture aids memory so you quickly develop the ability to accomplish all your assigned tasks without asking questions. That will make you an effective worker – faster and more efficient, in all likelihood, than others hired at the same time – and cause other employees to start seeing you as “part of the team” rather than someone still earning his/her place.

Separate gossip from instruction. Many orientation instructors try to be friendly to new hires in the hopes that it will make them more receptive to instruction. It’s also kind of an intelligence operation: human resources people see themselves as the center of the personnel network and like having “information” on everybody in the company. Being the first to know something about you would be quite the social feather in their hat. Whatever their motivation, however, most orientations contain lots of gossip, usually to create a connection between you and the instructor. What this or that person likes, or what this or that department is like, and so on.

Don’t be fooled. The opinions that matter to you are those of your team members and your boss.

You may also hear gossip from the co-worker shows you your job, but remember that he/she is just one person. They naturally want you to see things from their perspective; it’s just part of human nature to seek sympathy. It’s worth saying again that the opinions that matter are those of your boss and those of your whole team, and those opinions are going to be linked to your performance rather than whatever friendships you develop.

The important information in an orientation is actual instruction: what to do in certain situations, who to talk to if you need this or that, and most importantly the company’s expectations for you. Regarding the gossip, it’s best to be friendly and polite, but don’t venture an opinion (even just to be nice) and always steer the conversation back to the orientation. Say things like, “I didn’t quite catch the last thing you said about the emergency plan” or “How do you spell the name of the scheduler again?” Not giving away opinions prevents you from being pigeonholed into an office clique, and even preserves a slightly intimidating air of mystery about you as “the new guy/girl from the military” – which earns you some respect right off the bat.

Tailor your questions to the orientation itself. Simply put, this means crossing off the questions that have already been answered. Nothing makes you look greener than listening to a spiel about, say, the attendance policy early on in the orientation then asking at the end, “So what’s the attendance policy?” Also, it’s better to ask specific questions than general ones. General questions imply that you weren’t listening to your instructor. People are much happier to answer specific questions like, “Which locker over there has the equipment I need?” and, “So, it’s best for me to park in the north lot?” than general ones like, “Where do I get the stuff I need?” and, “Where do I park again?”

The best way to do this is to jot whatever questions come up in the orientation down in your notes. Also, when an instructor tells you something you wanted to know, cross that question off the original list you brought. Asking intelligent questions will help you start your actual work better informed and more comfortable, and may contribute to the good impression you’re generating.

Review your notes at the end of the orientation. Nerdy, right? But you’re more likely to remember what you wrote down the evening after you wrote it than you are the next day. And the point of taking notes in the first place is to make sure you start off on the right foot with no rookie mistakes. So don’t wait until you’ve celebrated your first day with a few beers, slept it off, then arrived in an unfamiliar location to realize that your “notes” are now indecipherable (and now useless) words and phrases. After your orientation is complete have a look through your notebook and try to remember the important people and locations. Then crack that celebratory beer.