Who Else Wants To Master This Interview Question: What Is Your Biggest Weakness? 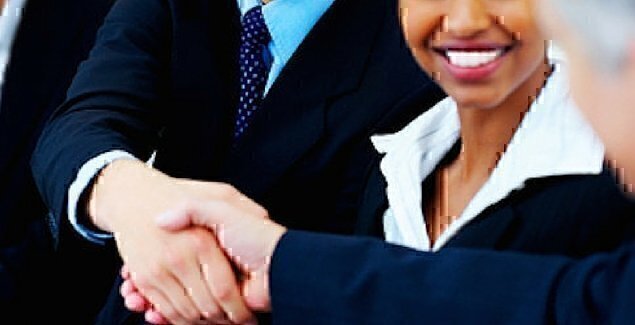 If you’re transitioning out of the military and looking for a job, there are sure to be some interviews in your future. One of the most difficult interview questions is the dreaded, “What’s your biggest weakness?” And it’s somehow never easy to answer, even if you’ve thought about it beforehand. Here’s why interviewers ask the question, and how you can avoid losing the job in your response.

Why, always, that particular question? First of all, it gives the interviewer a chance to see how you behave in an uncomfortable situation. Because job candidates are usually prepared (Read: 10 Impressive Questions to Ask the Interviewer) and on their best behavior, it can be difficult to see a person’s “true colors” or true character in an interview — there’s usually a pretty strong firewall of corporate buzzwords, rehearsed anecdotes about previous jobs and boilerplate enthusiasm to get through. Asking about someone’s weakness, however, usually sets them scrambling a bit. The interviewer is looking for honesty, a mature response and grace under pressure from the candidate. More on how to achieve those in a bit.

Second of all, the question serves as a screen. When interviewers have to listen to people answer the same questions over and over, it often comes down to which candidate is the last one standing. If you get flustered during this question, or you come across as overly rehearsed or identify a problem that’s a deal-breaker for the job in question, well, that’s one less candidate the interviewer has to consider.

So what’s the right answer? There’s no specific right answer to this question — interviewers know that candidates have flaws, and usually don’t have unrealistic expectations. The purpose of the question is to gather specific information about you: your flaws, whether you actually know about them and how you have fixed or minimized them. When you prepare for this question you should have a few different flaws that you can talk about in that kind of detail.

When asked what is your biggest weakness in an interview, the best way to phrase your response is:

Great! So now I just pick a couple of flaws and prepare answers for them, right? There are definitely flaws you do not want to discuss in an interview. First on the list are flaws that would negatively impact your performance in the job for which you’re interviewing. For example, if you are interviewing for a job in customer service, or for which there’s a requirement to be able to “work positively with a wide variety of people,” then telling the interviewer that your flaw is “impatience in dealing with people” is going to get you passed over.

Instead, figure out a flaw to discuss that doesn’t impact your job performance. For example, you might say that you have trouble with paperwork, and tell a story about how you “fixed” that by learning to allocate more time to paperwork so you could double-check everything (and don’t forget to cite evidence of your success, like a positive commentary on paperwork you did in the past!). The goal is to get the interviewer to think, “Well, this job doesn’t require much paperwork, so there’s no problem hiring this candidate!”

Also, avoid personal problems if you can. In asking this question, an interviewer wants to know more about your work performance, not your relationship or family issues. Sometimes you have to bring a personal problem into the mix. If your flaw is “wanting too much for people to like you,” that has personal as well as work implications. But focus on the work side, especially when you start talking about how you fixed the problem.

Finally, don’t give a boilerplate response like, “My biggest flaw is that I work too hard,” or “I care too much about the job.” Lots of candidates give that answer, and at best they look like “brown nosers.” At worse they look entitled and arrogant. Giving that answer is also a lost opportunity to tell the interviewer something about your character by showing how you overcame a professional challenge and/or improved as a person.

So now how do I figure out my flaws? Everything I can think of myself seems like it would be a deal-breaker! A good place to start is a personality test. The Internet is filled with simplified personality tests that, while usually pretty corny, nevertheless list your possible strengths and weaknesses. You can easily take a vague weakness like “resists being labeled” or “dislikes abstract ideas” and turn it into something concrete. Just don’t rely on the Internet personality test to tell you who you are – you need to be able to discuss the flaw in detail, including how you got it and how you’ve coped with it. And whatever flaw you choose to bring up, make sure it doesn’t unfit you for the job at stake in the interview.

Still Want More? Click The link below to MASTER this question once and for all!

How You Should Handle The Interview Question: What Is Your Biggest Weakness. MUST READ!

READ NEXT: What To Do After The Interview